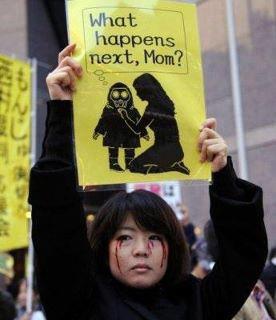 ‎”I am cooperating with him, writing to some of my Korean acquaintances that this issue deserves the personal attention of President Lee Myung-bak. I have written today to Prime Minister Yoshihiko Noda. I asked him to consider taking the initiative of mobilizing human wisdom on the widest scope to cope with the Fukushima reactor No.4 problem, fully taking into account the above-mentioned “independent assessment team”.
The world has been made so fragile and vulnerable. The role of the United Nations is increasingly vital. I wish you the best of luck in your noble mission.”
Read more: http://enenews.com/ambassador-murata-writes-secretary-general-exaggeration-fate-japan-world-depends-4-reactor-appeals-independent-assessment-team
*

*
EVENT: 8am-6pm  April 24th, 2012  San Francisco, CA.
2012 unMoney Convergence
Most of the conference will be participant driven, the agenda will be created live over the course of the event by those attending. We will primarily use Open Space Technology to organize ourselves. Everyone attending is welcome to present or lead a discussion about the topics they are interested in. Feel free to add a workshop and/or discussion you would like to attend, facilitate or lead when you register.
Our goal is to bring together and support deep dialogue and collaboration between the range of interesting emerging ideas around money and exchange systems.
Read more: http://www.planetwork.net/unmoney/
*

“The Rothschild family plans to secure “long-term control” over its international banking empire by merging its French and British assets (LSE: BSET.L – news) into a single entity and implementing a new form of governance that provides immunity from hostile takeover.”
Read more: http://link.reuters.com/vad57s

*
“After this protest was lodged (in a highly public manner via an open, or rather leaked, letter), the ECB apparently gave the national central banks in the euro system explicit permission to reject collateral they deem not safe enough.
This is precisely what the German Bundesbank has now done”
Read more:
http://blog.mktgeist.com/tag/bundesbank/
*

–
BEGINNING MAY 1, 2012
NO WORK – NO SCHOOL – NO SHOPPING – NO BANKING – NO TRADING
GENERAL STRIKE AND BOYCOTT CALLED!
FOR IM/MIGRANT RIGHTS
FOR AN END TO ALL WARS
FOR ECONOMIC, SOCIAL, AND ENVIRONMENTAL JUSTICE AND LABOR RIGHTS
FOR PEACE WITH JUSTICE
FOR CIVIL LIBERTIES AND AN END TO THE POLICE STATE
FOR HOUSING, EDUCATION, AND HEALTH CARE AS HUMAN RIGHTS
FOR WOMEN’S RIGHTS AND GENDER EQUITY
Every continent, every country, every state, every city will stand up.
A DAY FOR MIGRANT RIGHTS, LABOR RIGHTS, HUMAN RIGHTS.
STOP FORECLOSURES!!!
We can tell you that May 1st is International Workers Day.
We can tell you that in some countries it’s a public holiday to commemorate the historic gains made by the Labor movement.
We can tell you that in Los Angeles, May 1st is traditionally a day to celebrate and make a stand for immigrant rights.
But only you can tell us what you’re striking for on May 1st, 2012.
Because the May 1st General Strike is about you.
It’s about the debt imposed on you for daring to dream about a college education. It’s about the healthcare you can’t afford, the family member with a disease which goes untreated because they lack insurance.
It’s about your car that got repo-ed after you lost your job.
It’s about your home that got foreclosed on when the bank went bust.
It’s about your family, who came here for a better future, and got lost in the broken immigration system, and found that they’re denied access to legal work, education and security because they’re undocumented.
It’s about you, the gay kid who gets bullied at school, and will grow up in a country which denies you equality and humanity, simply because you love someone of the same gender.
It’s about the fact there’s no jobs, even if you got that college education and those grades.
It’s about the single mother who struggles to support her kids on minimum wage – which is not a living wage.
It’s about the woman who makes it through Harvard, works her ass off in one of the best law firms in the country, and constantly loses out on that promotion because she’s not a man.
It’s about the homeless African-American guy who lives on Skid Row and gets thrown in jail for peeing in a park, because there are no toilet facilities on the street for those like him.
It’s about the protestor who gets beaten and thrown in jail for holding a sign in a public space which says he’s had enough.
It’s about the farmer who’s had to leave his home and work, because the state raised his land tax.
It’s about the father who loses a son to a pointless war over oil in a foreign land.ALL COUNTRIES PARTICIPATING:
If you send me translation of this invite in your native language, I will create an event on this page to coincide with the English version.
Please send to OccupyLBGeneralStrike@gmail.com
http://www.facebook.com/home.php#!/events/337068492974144/
(It may take more than a day; It may take more than a month… Do it as long as it takes.) http://vimeo.com/39152754

*
–
EVENT: Global Love & Peace Day –
May 1 at 12:00am until May 2 at 12:00am
EVERYWHERE
EACH YEAR
Global Love Day – May 1st (MAYDAY)The healing continues…
Meditate, pray, resonate, radiate LOVE ALL DAY and ALL NIGHT
LOVE LOVE LOVECHANGE the paradigm, shred the old script!
Instead of MAY DAY being a panic call and a membrance of war, change it to the global unity call for LOVE & Peace.
EVERYTHING IS ENERGY
LOVE IS CREATIVE ENERGYWE want life to continue on the Earth.
SHARE your creative energy globally.
_____________________________________
“Mayday” is an emergency procedure word used internationally as a distress signal in voice procedure radio communications.
It derives from the French venez m’aider, meaning “come help me”.
It is used to signal a life-threatening emergency primarily by mariners and aviators but in some countries local organisations such as police forces, firefighters, and transportation organizations may also use the term. The call is always given three times in a row (“Mayday Mayday Mayday”) to prevent mistaking it for some similar-sounding phrase under noisy conditions, and to distinguish an actual Mayday call from a message about a Mayday call.
____________________________________
WELCOME to all the “Occupy May Day – General Strike” activists.
Not all General strikers & Boycotters are marching in the streets with signs of protest.
Some are staying at home in solidarity and refusing to work, shop or buy anything May 1st 2012 (Europe: May 12th 2012).
Again WE welcome you and ask that you breath in the creativity, LOVE & Peace here this day. ONE BREATH, ONE EARTH.

*
–
‎”It is more than apparent government health authorities, politicians, and the medical industry are going to continue whitewashing the sacred vaccine cash cow until medical consumers are faced with the largest scandal the world has ever witnessed.
Medical consumers can no longer trust the “First do no harm” platitude. The harm has been done. The United States is dealing with a full-fledged Autism epidemic and the global media is reporting it. We cannot stand idly by and watch the pandemic spread throughout the world. Medical consumers must hold those in charge of creating this man-made plague accountable for their actions before it’s too late.”Learn more: http://www.naturalnews.com/035486_Donald_Trump_vaccines_autism.html#ixzz1rIrWJJkG
*

“…Now, new research by a team based in ETH-Zurich, Switzerland, has shown that what we’ve suspected all along, is apparently true. The team has uploaded their results onto the preprint server arXiv.”

Abstract
The structure of the control network of transnational corporations affects global market competition and financial stability. So far, only small national samples were studied and there was no appropriate methodology to assess control globally. We present the first investigation of the architecture of the international ownership network, along with the computation of the control held by each global player. We find that transnational corporations form a giant bow-tie structure and that a large portion of control flows to a small tightly-knit core of financial institutions. This core can be seen as an economic “super-entity” that raises new important issues both for researchers and policy makers.
http://phys.org/news/2011-08-powerful-corporations-world.html

http://www.bloomberg.com/news/print/2012-04-05/rothschilds-to-unite-french-u-k-banks-to-secure-family-control.html
The Rothschild family plans to merge its French and U.K. banks into one company to tighten control over the assets before an eventual succession of the group’s chief, David de Rothschild.

Rothschild & Cie Banque, the company that holds the French assets of the family such as the eponymous Paris-based mergers and acquisitions bank, and Rothschilds Continuation Holdings AG, which holds assets including London-based bank N.M. Rothschild & Sons Ltd., will be combined under French-traded Paris Orleans et Cie. SA, it said in an e-mailed statement last night. Paris Orleans will change its legal structure to a limited partnership to give the family control over the long term, it said.

“This will enable us to address the requirements of a globalized and competitive world while securing control of the family over the group,” David de Rothschild, 69, who oversees the whole firm, said in the statement.

The decision is part of a unification process between the two branches of the family that started when David de Rothschild took managerial control of the U.K. side of the bank after his cousin Evelyn de Rothschild retired in 2004. While David is the first French national to run the English half, the ownership of the investment bank has remained split between the two families. The plan simplifies the ownership of the banking operations worldwide and will help integrate the teams further.

The new structure will also facilitate the succession plans of David de Rothschild. He will be chairman of PO Gestion, a company fully owned by the Rothschild family and which will control Paris Orleans (PAOR), while Nigel Higgins, chief executive officer of Rothschilds Continuation, and Olivier Pecoux, CEO of Paris Orleans, will become co-heads of PO Gestion. His son Alexandre de Rothschild, 32, joined the family bank in 2009 from Argan Capital, Bank of America Corp.’s former European private- equity division.

“My son at 37 may be qualified to play some role,” David de Rothschild said in a 2005 interview. “It’s subject to him enjoying it and having the qualities.”

He envisages stepping down when he is between 72 and 76, he was quoted as saying in an interview with French newspaper Le Figaro today.

David was born in the U.S. when his parents fled the Nazis during World War II. The family returned to Europe when the war ended, and during the 1960s, Evelyn and his cousin Jacob rebuilt the London bank, N.M. Rothschild & Sons Ltd.

In Paris, David’s father, Guy, expanded the bank by opening branch offices and taking deposits. David joined the investment bank as chairman of the management committee in 1978 when he was 36. In 1982, the Paris bank was nationalized by Socialist President Francois Mitterrand. The same year, David opened an asset-management business in France, which he called PO Banque.