Home › Freedom-Expressed › Will WW3 Plans Be Halted, What If…?

Will WW3 Plans Be Halted, What If…?

Please face the truth.
Sadly, some people want the war.
I met some people that said they will “always” obey the government.
They claimed they were patriotic and love their country; bring on the war!

This kind of blind obedience truly exist and served to remind me that the war with Syria and Iran is very likely to go ahead and possibly ignite World War 3.
However, I have not despaired and I can imagined some amazing possible events.
.

What if WE THE PEOPLE in unison said NO to government

If central bankers and heads of governments were indicted and held on criminal charges the war could be halted.

If a major natural global disaster, such as extreme solar flare, knocked out the orbiting satellites and caused a global EMP disrupting electric power grids, transformers, generators, digital electronic components and devices.
Oh, and lets not forget in this scenario nuclear reactors failures could cause a global state of emergency when their power fails.
This certainly could halt the war. 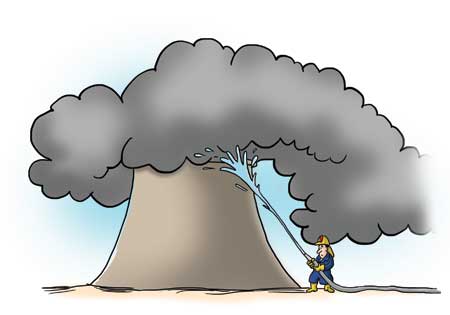 If massive public boycott-uprising in the form of mortgage, tax (all taxation, including real estate and property taxes) and military boycotts.
Where substantial number of military personnel stay home (not deserters, nor “AWOL”, but “conscientious objectors”) file class action lawsuit against the government.
This could  halt the war.

The Master Shift doesn’t stop here. If you want to support us so we can continue on our upcoming endeavors to launch more inspiring projects, feel free:
http://www.themastershift.com/The_Master_Shift/Home.html