Though I have and continue to share alternatives to fractional reserve banking, I recognize the difficulty some people have for considering money alternatives, the action to simply start discussing alternatives and doing, rather than waiting for the governments is helpful.
For some people withdrawing their assets out of the banks is too daunting a decision without a stable institution as a viable option.
Local currencies (non-Federal Reserve Notes, and non-fractional reserve currencies), security, and bartering exchanges need to be discussed and considered.
Where ever you are, please Amplify Awareness and discussions on these important topics. ~Ron 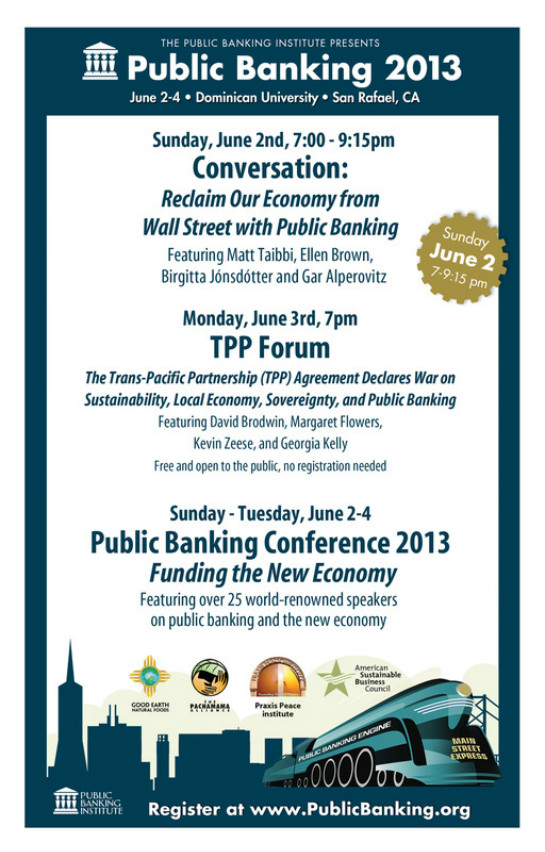 How DO we improve the economic livelihoods of millions of people? Reclaim the “money power” with publicly-owned banks. A network of publicly-owned banks across the United States holds the promise of local abundance, sustainable productivity, and the democratization of our economy.

All three events will be held at Dominican University, Angelico Hall, in San Rafael, CA.