The Longest Crime Story Ever Told

The institution of governing the people has gone on from ancient time to today.
Change the story, and choose to self govern. This is REAL CHANGE.

i$ the effective mantra for serious investigators.
The Money Trail has all the expenses, salaries and paychecks for clean uniforms, buildings, guns, bombs…

“When plunder becomes a way of life for a group of men in a society, over the course of time they create for themselves a legal system that authorizes it and a moral code that glorifies it.” – Frederic Bastiat

Pulling Back the Curtain on Government:

Were these Political Hits?

Can you see a benefit for surveillance and spying by criminal institutions?
Imagine Al Capone, or Hitler, having their justifications for a mass surveillance network…

Do you wonder how long institutional crime can last?

Please be aware of your thoughts as you consider these issues.
The People may, indeed, be targets, preyed upon, “marks”, test subjects, studied, and indoctrinated for the purpose of maintaining control and power with the use of armed force, or institutions issuing training, policies, and debt based currencies; but the people still have alternatives other than armed conflict.
The institutions are well prepared for conflict, but less prepared for obsolescence.
As people create and implement alternative ways to doing things a new alternative system develops and the old institutions become obsolete. 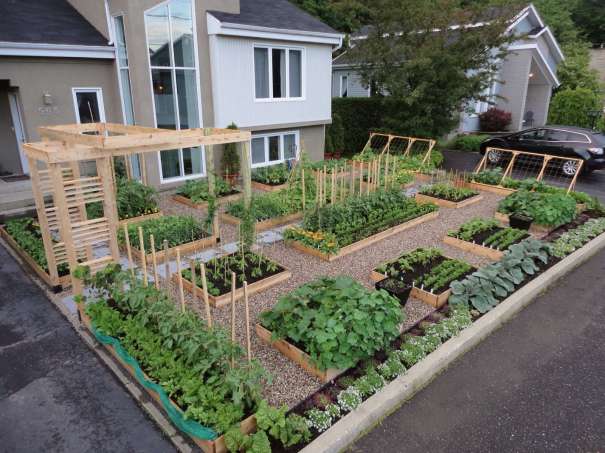 Some researchers claim: “No society breaks up because they don’t have any money – no, they break up because they can’t afford to buy food…that’s how societies fall apart, because of this inflation thing.”
That, “inflation thing”, is only part of the story.
Who made the decisions and implemented policies that led up to the events?
How does the currency devalue and inflation continue to rise to life threatening levels?
Who drafted fiscal, and monetary policies with spending priorities?


Some guess that institutional crime will continue until the institutions make life too unbearable, perhaps then people will realize institutions have been conducting acts of war and other atrocities.
Acts of war are harmful non-verbal policies and activities of war.
They say they are peaceful and trust-worthy, but their actions belie what they say.
Today it appears governments and banks are unlikely to state verbally that the people are the enemy and declare war, however if institutions did verbally make such a declaration then the rhetoric would be dressed in so much double-talk and Orwellian “newspeak” of institutional justifications that many people would not understand.
The “Patriot Act” and “Homeland Security” are blazing examples of Orwellian “Newspeak”.
Thus their actions speak louder than their words.
The double standards are in stark contrast where institutions violate people’s rights and yet claim it legal.
One obvious way the declaration/act of war may be announced is when people can no longer afford to buy food.
Imagine a food permit pass is required or Ration chit, or outlaw growing food…
Another way the announcement can be made is when the government declare “Martial Law”.
Yet another is when a call to war is declared for the military to ship out, again.
We may not know what event becomes the initial spark and the “straw that broke the camel’s back”, but one can easily imagine a moment when most people realize that institutions have declared war by their actions.
There may come a time:
When most People realize that protests and petitions have not been successful and are a wasted effort.
When most People realize institutions can not represent you or your best interests.
When the institutions need fresh recruits and the people say no.
When the institutions demand obedience and the people say no.
When the institutions become threats to the survival of the People, what then?

Perhaps when more people are willing to say no and not comply, when corporate-government activities grind to a halt because people stop work and stop paying taxes, rather than merely protest and petition, then real change will emerge as the truth of where the power is revealed to be in the hands of the People when they exercise it.

90-year-old Doris “Granny D” Haddock was in court in the District of Columbia on Wednesday, May 24, [2000] to plead guilty to the charge of demonstrating in the Capitol building last April 21 [2000]. Some 31 others were charged with her.
[…]
Doris Haddock, called “Granny D” by her grandchildren, burdened by arthritis and emphysema, walked 3,000 miles from California to Washington to deliver her message. And, deliver her message she did. Her statement before the court is reprinted below:

“Your Honor, the old woman who stands before you was arrested for reading the Declaration of Independence in America’s Capitol Building. I did not raise my voice to do so and I blocked no hall.

The First Amendment to the Constitution, Your Honor, says that Congress shall make no law abridging the freedom of speech, or of the press; or the right of the people peaceably to assemble, and to petition the Government for a redress of grievances, so I cannot imagine what legitimate law I could have broken. We peaceably assembled there, Your Honor, careful to not offend the rights of any other citizen nor interrupt the peaceful enjoyment of their day. The people we met were supportive of what we were saying and I think they–especially the children–were shocked that we would be arrested for such a thoroughly wholesome American activity as respectfully voicing our opinion in our own hall. Any American standing there would have been shocked. For we were a most peaceable assembly, until Trent Lott’s and Mitch McConnell’s police came in with their bullhorns and their shackles to arrest us. One of us, who is here today, was injured and required a number of stitches to his head after he fell and could not break his own fall. He was detained for over four hours without medical care. I am glad we were only reading from the Declaration of Independence –I shudder to think what might have happened had we read from the Bill of Rights.

I was reading from the Declaration of Independence to make the point that we must declare our independence from the corrupting bonds of big money in our election campaigns.

And so I was reading these very words when my hands were pulled behind me and bound: “We hold these truths to be self-evident, that all men are created equal, that they are endowed by their Creator with certain unalienable Rights, that among these are Life, Liberty and the pursuit of Happiness.–That to secure these rights, Governments are instituted among Men, deriving their just powers from the consent of the governed, –That whenever any form of Government becomes destructive of these ends, it is the Right of the People to alter or to abolish it.”

Your Honor, we would never seek to abolish our dear United States. But alter it? Yes. it is our constant intention that it should be a government of, by and for the people, not the special interests, so that people may use this government in service to each other’s needs and to protect the condition of our earth.

Your Honor, it is now your turn to be a part of this arrest. If your concern is that we might have interfered with the visitor’s right to a meaningful tour of their Capitol, I tell you that we helped them have a more meaningful one. If your concern is that we might have been blocking the halls of our government, let me assure you that we stood to one side of the Rotunda where we would not be in anyone’s way. But I inform you that the halls are indeed blocked over there.

They are blocked by the shameless sale of public policy to campaign contributors, which bars the doors and the halls to the people’s legitimate needs and the flow of proper representation. We Americans must put an end to it in any peaceful way that we can. Yes, we can speak when we vote, and we do. But we must also give our best effort to encourage the repair of a very broken system. We must do both.

And the courts and prosecutors in government have a role, too. If Attorney General Reno would properly enforce the federal bribery statute, we would see lobbyists and elected officials dragged from the Capitol Building and the White House, their wrists tied, not ours. I would be home in New Hampshire, happily applauding the television news as my government cleaned its own house.

In my 90 years, this is the first time I have been arrested. I risk my good name –for I do indeed care what my neighbors think about me. But, Your Honor, some of us do not have much power, except to put our bodies in the way of an injustice–to picket, to walk, or to just stand in the way. It will not change the world overnight, but it is all we can do.

So I am here today while others block the halls with their corruption. Twenty-five million dollars are changing hands this very evening at a fund raiser down the street. It is the corrupt sale of public policy, and everyone knows it. I would refer those officials and those lobbyists, Your Honor, to Mr. Bob Dylan’s advice when he wrote: “Come senators, congressmen, Please heed the call. Don’t stand in the doorway, don’t block up the hall.”

Your Honor, the song was a few years early, but the time has now come for change. The times are changing because they must. And they will sweep away the old politician –the self-serving, the self-absorbed, the corrupt. The time of that leader is rapidly fading. We have come through a brief time when we have allowed ourselves to be entertained by corrupt and hapless leaders because they offer so little else, and because, as citizens, we have been priced out of participation and can only try to get some enjoyment out of their follies. But the earth itself can no longer afford them. We owe this change to our children and our grandchildren and our great grandchildren. We need have no fear that a self-governing people can creatively and effectively address their needs as a nation and a world if the corrupt and greedy are out of their way, and ethical leadership is given the helm.

Your Honor, to the business at hand: the old woman who stands before you was arrested for reading the Declaration of Independence in America’s Capitol Building. I did not raise my voice to do so and I blocked no hall. But if it is a crime to read the Declaration of Independence in our great hall, then I am guilty”. https://ronmamita.wordpress.com/2011/09/22/the-face-of-civil-disobedience/

Perhaps some institutions can adapt to become nurturers rather than authoritarian officials.
When the People of Earth embrace their personal responsibility and their natural right to self govern then there will be great Change.

Govern your self, or some one else will.