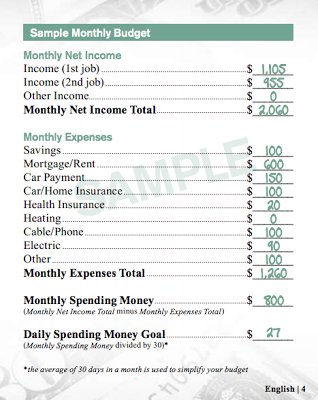 The first thing that you will notice about the McDonald’s Budget is that it expects workers to have two jobs.

It is an open admission that working at McDonald’s is not enough to survive.  So this budget assumes that the worker will take on a second job which will pay nearly as much as the first one does.  Assuming that both jobs pay about the minimum wage, the budget will require about 70 to 80 hours of work every week.

People can put in those kind of hours for a time, but after a while your body starts to break down.  I have been there, and I have known many others that have been there.

But let’s assume that the hypothetical worker that this budget is for can work that many hours indefinitely.  The budget assumes a yearly income of about $24,000 after taxes, and that would make it a fairly typical budget for a typical working class American.

In the United States today, 47 percent of all U.S. workers make less than $25,000 a year before taxes.  So millions upon millions of U.S. workers are trying to make ends meet each month on very limited incomes.

Does the “McDonald’s Budget” provide any solutions for those workers?

Well, this budget allocates $0 for food, so if you plan on following this budget you might want to anticipate fasting a lot each month.

This budget also allocates $0 for gasoline.  So either you will have to ride a bicycle or walk everywhere you go.

This budget does not allocate any money for clothing either.  If you really need something to wear, perhaps you can take some cash from the “monthly spending money” category and go down to the local thrift store and get something.

In addition, this budget has no money for water, no money for child care and you might as well forget about saving for retirement.  But if you work yourself 70 to 80 hours a week, you probably won’t even make it to retirement age anyway.

So what are some of the things that actually are in the budget?

Well, it allocates $20 a month for health insurance.

Wow – where can I sign up for that health insurance plan?

As the Washington Post noted, nobody is going to be able to get health insurance that cheaply…

Low-income individuals receive assistance from Medicaid, but an after-tax income of $24,720 would put Medicaid out of reach in most states. The same point will likely apply to the subsidies offered by Obamacare: An individual with an income of $17,000 in California will be able to get a basic health insurance plan at no cost, but an individual making $28,000 will have to pay at least $137 per month.

So even a young, healthy person will have to pay $100 or more for an individual health insurance policy in most circumstances. Perhaps McDonalds is tacitly admitting that many low-income workers, including McDonalds employees, can’t afford health insurance and simply make do without it.

The original version of the budget also assumed that the worker would spend zero dollars a month on “heating”.

Perhaps McDonald’s just expects their workers to freeze all winter.

The new version of the budget now allocates $50 a month for heating.  Perhaps that may work for the state of Florida, but anyone that lives in a northern state knows that it takes a whole lot more than that just to heat up your home to a level that is barely livable during the winter.

This budget is absolutely crazy.  But perhaps even more patronizing then the budget itself is the following statement that is made on the website: “You can have almost anything you want as long as you plan ahead and save for it.”

Do they expect anyone to actually fall for that line?

Don’t get me wrong.  Working at McDonald’s is great for some people.  I worked there myself when I was in high school.  But the vast majority of adult Americans need jobs that will enable them to take care of their families.  And those kinds of jobs are rapidly disappearing.

Last month, the U.S. economy lost 240,000 full-time jobs.  We are about 6 million full-time jobs below the all-time record that was set back in 2007.  For much more on this, please see my previous article entitled: “The Decline Of Breadwinner Jobs Has Resulted In The Longest Bread Lines In American History“.

Today, one out of every four American workers has a job that pays $10 an hour or less.  A lot of very talented people are cutting hair, flipping burgers or working for temp agencies.  Those people should be doing something that takes advantage of their skills and abilities, but the U.S. economy is not producing enough of those kinds of jobs anymore.

Unfortunately, this is only just the beginning.  The next major wave of the economic collapse is rapidly approaching, and when it strikes unemployment in this country is going to get much worse.

So don’t put all of your faith in the system, because the system is failing.  Even if you do have a good job right now, you could lose it at any moment.

Whatever you can do to become more independent of the system is a good thing.  For example, starting up a side business is a wonderful thing.  It takes a tremendous amount of effort, but nobody can fire you if you are the boss.