1956 The Race to the MOON?
Correct me if I am wrong, but Kennedy appealed to Congress in the 1960’s about funding moon missions.

President John F. Kennedy delivered this speech, “Special Message to the Congress on Urgent National Needs,” on May 25, 1961 before a joint session of Congress. In this speech, JFK stated that the United States should set as a goal the “landing a man on the moon and returning him safely to the earth” by the end of the decade. – archives

Shall We Have Full Disclosure?

A NACA team conducts research using the variable density tunnel in 1929.
.
A Pre-1956 Agenda…
How far along is this Agenda TODAY?
Today NASA claims the face on Mars is a geological feature, and no life exists on Mars…

Oh, and here is a clear reminder that they intentionally hide many things 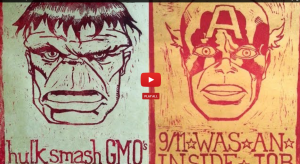 Peter Santa-Maria on Art With a Message