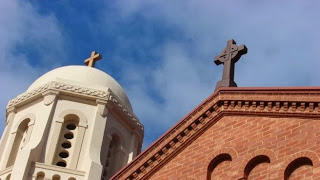 Decades of evidence have shown that some elites in entertainment, politics, monarchy, Vatican, and others have been involved in child sex rings. Governments sometimes censor the names…
This is not going away until we shine light on the global ring of predation on children by elites in the State, the clergy, the Vatican, and the entertainment industry. ~Ron
.

The papers from a 2009 police quiz were released last week following a seven-month battle by the Daily Star Sunday.
But the 26 pages – which exposed the evil [child rapist, trafficker] as a bully and a liar – came with 96 redactions (crossings out).

Today we can reveal the documents had been vetted by Buckingham Palace – and that the serial sex attacker’s royal connections were removed.
One reference Savile made about a cousin of the Queen was included in an internal police report released in January.
But on Tuesday, when Surrey Police published the interview transcripts, there was no mention of her.

Other references to royalty were also seemingly erased – and during our fight to obtain the records, police let slip Buckingham Palace’s involvement.

Police ‘censored’ 2009 interview with Jimmy Savile so it removed all reference to the Royal Family
http://www.dailymail.co.uk/news/article-2468836/Jimmy-Savile-Police-censored-2009-interview-removing-reference-Royal-Family.html

The Catholic Church in Victoria says complaints about child sexual and physical abuse are continuing to pour in. This of course has to do with the fact that the Catholic Church has long had a policy in place called the crimens sollicitationis whereby they protect pederast priests worldwide, but victims are finally gaining the courage to speak up about the abuse they have endured at the hands of this pack of criminals known as the Vatican. AUSTRALIA — The Catholic Archdiocese of Melbourne has released new information that shows 95 complaints from victims of child sexual and physical abuse were received in the last financial year.  Fifty-three…

Read the rest of this entry »