Home › Freedom-Expressed › What Is The VIPer Plan?

What Is The VIPer Plan? 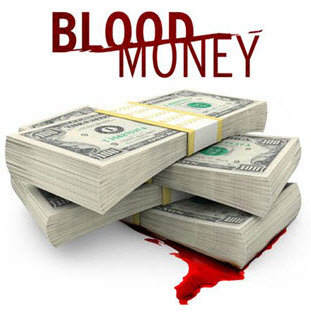 I have no respect for the deceitful, thugs known as central planners  wearing suits and ties.
They have a past of dishonor and continue to act fraudulently this very day.
Behind closed doors they use abusive and foul language, they threaten others, and they snort cocaine.
The 2008 financial crisis is a good example when the U.S. Congress said no to them for a bailout plan only to be swayed later for another vote and the flip-flop that produced TARP.

Later it was revealed that they were threatened with martial law, exchange markets collapse causing panic and bank holidays…

We have recordings of Irish banking threats to get huge sums of money that will never be repaid, again the foul language was on display. John Bowe, Anglo Irish’s executive in charge of “capital markets”, it is his voice that is heard on a particularly egregious tape from September 17, 2008 – two days after the fall of Lehman Brothers – that was made public where he verbally abused and threatened his way to an immediate bail out of 7 billion euros…

At Anglo Irish Bank Senior Executives of banks revealing themselves as simple thugs:
BOWE: “I can walk on land and water…Fun and Games, yeah. We went down to the regulator… basically kinda gave it to them between the eyes… Look what we need is 7 Billion Euros… We gave him a term sheet and we put a pro note facility together and we said that’s what we need. [that sobered ’em up quickly] why do you need that, whats happening? Jesus… Oh… Oh… you have certainly focused our minds.”
FITZGERALD: “Is that 7 billion euros a term?”
BOWE: This is 7 billion ‘BRIDGING… So it is BRIDGED until we can pay you back. WHICH IS NEVER. (Both laugh heartily). So under the terms that say repayment… we say NO… (more laughing)… Jesus that’s a lot of dosh… Jesus fucking hell and god… well do you know the central bank only has 14 Billion of total investments so that would be going up 20… Geez that would be seen. And how would we do that?! .. Jesus you’re kind of asking us to play ducks and drakes with the regulations. And we said: Yeah.”

Thus when I see a suit and tie Jamie Dimon or Jacob Lew or Ben Bernanke, or Janet L. Yellen or some other international financial VIP private club members such as Mark Carney and Mario Draghi talking, my intention is to discern their plot hidden behind their deceptive words.

WHAT IS THE MONEY CARTEL PLANNING?

China does not want their currency to become the next reserve currency, but as a member in the VIP private club they surely support the implementation of a none U.S. Dollar reserve currency. An agreement may have been reached between the BIS, IMF, SCO, and BRICS or maybe it is being formalized with military interventions…
This means that the global financial collapse is engineered to occur and the resulting emergency will be used as the excuse to implement the new scheme in a Grandiose Summit (before or after a war).

FINANCIAL VIPERS AND THE EMPIRE MODEL

As the coinage of Gold Bullion rises you notice the rise of slavery and empires…
Also notice that the collapse of one empire did not abolish the bondage of the people on Earth.

Another collapse is planned to merely perpetuate this fraudulent financial system and instead of Britain or the U.S. in the public leadership role it will be another central power touted as the leader for the global hegemony.
Enslaving the people on Earth still is their game.
They kill with impunity and are well armed for conflicts…

Only this time the People on Earth can see this game and their schemes.
Isn’t it time to End The Game?

3 comments on “What Is The VIPer Plan?”