Major Geopolitical Changes: Hiding The Wars From The Public 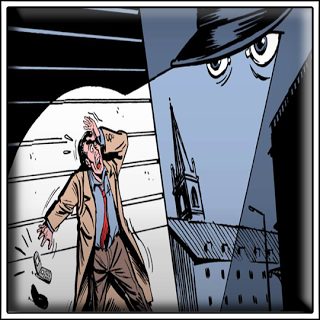 Past wars have repeatedly shown that the public are the last to know of WAR until announced in major media with official declaration of war or military interventions.
Rather than remain marginalized, and pawns the People on Earth can increase awareness.
We are researching the subtle signs of currency wars escalating into trade wars, and into military wars.
Energy exports, Currency flows (tax policies and capital controls), Interest rates, Trade disputes, Territorial disputes, Military posturing (space militarization, missile deployments, etc.) and much more…
International War Drums are beating loudly.

Their Plan and Orders Must Be Followed…

Or do they, REALLY?
Do you have a choice to disobey?
.

Since last year we have been discussing the NATO – Russia missile escalating controversy.
You would have erred if you thought the war plans had abated after the Syria bombing was called off in 2013. Today we see more military activity than any year of this young 21st century.

[China] broadcaster CCTV said Tuesday that the squadron includes China’s largest amphibious landing ship, the Changbaishan, along with a pair of destroyers.
It said they reached the Indian Ocean on Jan. 29 and carried out a series of drills on the themes of counter-piracy, search and rescue, and damage control.
Although not directly targeted at India, the exercises underscore China’s competition with the other Asian giant.
India and China have clashed over their disputed Himalayan border and Beijing is a close ally of New Delhi’s arch-rival Pakistan.
CCTV said the squadron passed through the Lombok Strait near the Indonesian island of Bali before heading north toward the Philippines. It is expected to return home through the South China Sea where Beijing is in a heated dispute with the Philippines and others over tiny islands, rich fishing grounds and a potential wealth of oil and other resources.
China is also in a separate dispute with Japan over tiny uninhabited islands in the East China Sea that Tokyo controls but Beijing claims.
In order to back up those claims and extend its influence, China has been systematically developing a blue-water navy that has global reach, including launching its first aircraft carrier. China has also sent ships to join anti-piracy patrols off the coast of Somalia and taken part in joint exercises in the Mediterranean Sea and elsewhere.
Read More: http://news.yahoo.com/china-39-navy-holds-indian-ocean-drills-073505216.html

Posted by chankaiyee2 February 2, 2014
Via: Chinadailymail.com
The following are translations from Chinese media.

Chinese media says that, according to Sankei Shimbun’s report on January 29, the Japanese Air Self-defence Force announced on January 28 plans to deal with the frequent intrusion into Japan’s Air Defence Identification Zone and coming close to the air space above the Senkakus (known as Diaoyus in China) by Chinese military aircraft.

It says Japan will begin to prepare an operation manual focusing on such urgent issues as making it more pragmatic to force down Chinese aircraft and amending the authorisation to use weapons.
The report says on December 13, 2012, a Chinese marine surveillance aircraft successfully entered the air space above the Senkaku (Diaoyu) Islands to claim sovereignty but was not discovered by Japanese radar. Later Japan began its plan to draft a related operation manual.

It is said that pilots of Japanese Air Self-defence Force only have the authorisation to fire warning shots or give forced landing order to incoming aircraft. However, it has only ever fired warning shots at an aircraft of the former Soviet Union in 1987, but has never carried out any measure to force down a foreign aircraft.
According to the report, the manual will provide the methods and steps to force another country’s military aircraft to land in Japan, especially the way to intercept China’s J-10 or Y-8, force it down and arrest its pilot.
The manual also provides the way to arrest the pilot on the sea if he leaves his aircraft with a parachute.
According to the report, the Japanese Defence Ministry holds that firing laser shot at intruding aircraft cannot put an end to Chinese fighter jets’ frequent intrusion into Japanese air space; therefore, it is necessary to draw up a more severe and pragmatic plan to force them down.
Japanese media commented that such a plan would deteriorate tension and might possibly trigger a war between Japanese and Chinese fighter jets.

Next, China claims it chased away Japanese jets

At 11:00am, January 29, there was combat alarm at a certain airport along the eastern coast of Zhejiang Province. Two fighter jets took off to deal with an alien aircraft found by radar. They rapidly flew near the target and made the alien aircraft turn round and depart under their close surveillance.

At 9:35am, January 31, China’s Lunar New Year Day, an unknown target was found by radar at a certain area. Four fighter jets immediately took off and flew at top speed towards the target.
They found the alien military aircraft by radar and shadowed it. The alien aircraft tried hard to free itself from the shadowing and failed. It could do nothing but turn around and depart.
The alien aircraft were obviously Japanese, and what Chinese fighter jets did was bringing the situation to the brink of war.

Source: huanqiu.com “Japan to prepare a operation manual on forcing down China’s J-10 fighter jet and arrest Chinese pilot” (summary by Chan Kai Yee based on the report in Chinese)

Wed May 15, 2013 [in 2013 Moscow summoned US ambassador to Russia Michael McFaul, following the arrest of an alleged CIA spy in the Russian capital.] PressTV Archived report.

This is very suspect and unusual…
“Ambassador Michael McFaul to Russia has Resigned, not merely from his post, but from the Obama Administration. McFaul was never popular in Russia and was often accused of trying to stir a revolution there. But the word around is that he is getting out and does not like the turn of events. Besides the US sending tanks” […] 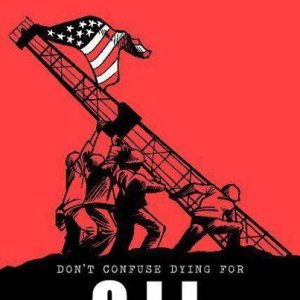 U.S. Soldiers are dying for Corporate-Greed

U.S. opens taps, a bit, on re-exporting oil to Europe

Feb 4, 2014
[…]
With U.S. oil production at a 25-year high, many oil producers are eyeing other markets and have called for an end to the ban on exports, which they consider a relic of the 1970s, when the Arab oil embargo led to steep prices at the pump.

On the other side, independent U.S. refiners, which stand to benefit from cheaper domestic crude, have argued against easing restrictions.

Senator Ron Wyden, chairman of the Energy and Natural Resources Committee and a Democrat of Oregon, warned at a hearing last week that “a number of influential voices” that want to export oil could drown out the risks for the average consumer.
If more exports to Europe are allowed, refiners across the Atlantic may have cause to celebrate since access to cheap, high-quality U.S. shale oil would help revive their margins.

The BIS declined to comment on the identity of the exporting companies, citing exceptions in the Export Administration Act.
The bureau’s data does not show which permits were used, and the Department of Energy’s oil export data does not show any crude shipments to Europe through November 2013.

Russia can easily justify the fact that the East Ukraine was once part of Russia and that the people there even speak Russian – not Ukrainian.
In hopes of putting pressure to prevent Russia from taking the Ukraine, or part of it:

“Working to salvage a failed effort to bring Ukraine closer to the European Union, and to counter Russian pressure, the United States and Europe are pushing to defuse the crisis there, trying to assemble a new financial package intended to ease the way for formation of a new government, U.S. and European officials say.”

One comment on “Major Geopolitical Changes: Hiding The Wars From The Public”