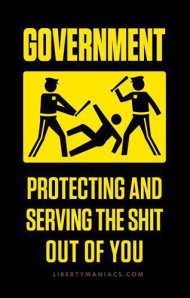 MAJOR EVENTS ARE EXPECTED IN THE YEARS AHEAD OF US…

“I seen it over my house, it sat there and hovered for about twenty minutes and shined its light into peoples’ houses,” said Lincoln County resident Gary Creson. “Some people was in bed asleep and it woke ‘em up, and it’s sort of bad for someone to shine a light in your bedroom and stuff…I would say it’s a violation of privacy. My neighbors kept calling me wanting to know if a prisoner had escaped or if somebody was hurt and they was trying to find them.”

FAYETTEVILLE, Tenn.(WHNT)-Night flights by military helicopters are riling up residents in Lincoln County, Tennessee, with many swamping emergency lines at the sheriff’s office Tuesday evening.

Lincoln County Sheriff Murray Blackwelder told WHNT News 19 that 911 lines were flooded for several hours as residents from one end of the county to the other reported helicopters hovering over their homes and shining spotlights.

“We got numerous calls from all over the county,” said Blackwelder. “The helicopter would hover over the top of it, light the house up, light their property up, their barns, then move onto another  area and do the same thing all over again.

Emergency dispatchers said they eventually lost track of how many calls they took, with helicopter sightings coming in from the Alabama-Tennessee state line to the far north end of the county.

Sheriff Blackwelder said he did not know the origin of the helicopters, and received no information from military or airport officials beforehand.
Read More: whnt.com


Posted Feb 22, 2014
In this news brief we will discuss the latest news on the economic collapse.
The central bank will not stop at just confiscating your wealth they will want your life.
They want to enslave the people. 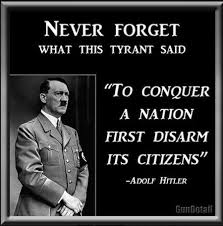 “If DHS were to purchase all 704 million rounds over the next four years, and if they were used by 70,000 DHS agents and officers, it would be roughly 2,500 rounds per agent per year,” David Maurer, author of the GAO report, told CNSNews.com.

“That would be higher than what we saw in past years at DHS and higher than the average annual number of rounds per agent or officer at the Department of Justice (DOJ),” he said.

At around 7:30 PM, young Christopher took out his Nintendo Wii controller to put on a movie.
As he was sitting down, he suddenly heard knocking on the front door.

He asked, “Who is it?” but received no response.
At that point he got up from his chair and opened the door.
To his shock, the female cop already had her gun drawn and pointed at him, according to reports.

She immediately fired a bullet into the boy’s chest and killed him, according to Renee Vance, the boy’s aunt.

A female jogger out for a run in Austin, Texas, Thursday was arrested, handcuffed and hauled into a police cruiser screaming and in tears for allegedly failing to identify herself.

The entire incident was caught on video recorded by Chris Quintero, a student at University of Texas who was sitting in a cafe across the street and witnessed the woman being taken into custody.
The arrest took place just before 11am outside a fast-food eatery near the intersection of 24th Street and San Antonio Street in Austin.
Read more: http://www.dailymail.co.uk/news/article-2565097/I-didnt-f-ing-wrong-Moment-jogger-knocked-ground-dragged-away-handcuffs-four-cops-refusing-identify-herself.html