Is there a hidden revolution happening within the Unites States’ government (USG) agencies?
Many whistleblowers and anonymous sources reports hint that is the case… ~Ron
. 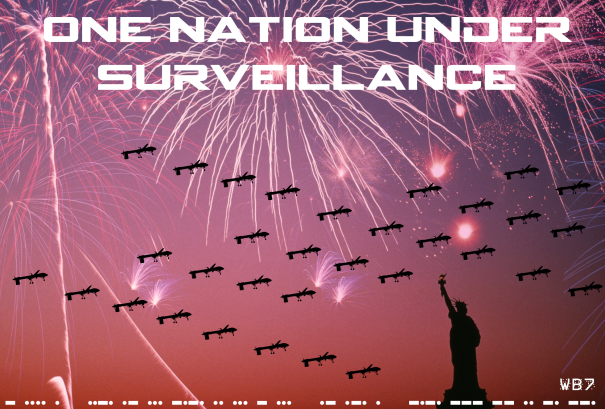 This article is the second part in a series which clearly documents the existence of detention camps in which such activities as virtual slave labor, brainwashing (i.e. re-education), torture and even the sanctioned use of deadly force will take place.

In the first part of this series, a previously secret document which was leaked online; entitled FM 3-39.40 Internment and Resettlement Operations (PDF). The document was originally to be kept secret, but everyone in the military command structure, as we know, is not on board with the encroaching tyranny sweeping across this country.

Use of Deadly Force

The use of deadly force will be a commonly applied strategy in the detention camps given the broad range of applications allowed under the operating principles of the Internment/Resettlement Camps.

H-8. Deadly force is a force that a person knows, or should know, would create a substantial risk of causing death or serious bodily harm…Deadly force, as described in AR 190-14, will only be used for—

1. Self-defense and the defense of others.

To protect military police Soldiers, other guards, or any other persons who reasonably believe themselves or others to be in imminent danger of death or serious bodily harm.

To prevent the actual theft or sabotage of assets vital to national security.

3. Incidents not involving national security, but inherently dangerous to others.

To prevent the actual theft or sabotage of resources, such as weapons or ammunition that are inherently dangerous to others.

To arrest, apprehend, or prevent the escape of a person when there is probable cause to believe that person has committed an offense of the nature specified in the preceding three bullets.

To prevent the commission of a serious offense that involves violence and could cause death or serious bodily harm.

When deadly force has been specifically authorized by the head of a DOD components and reasonably appears necessary to prevent escape.

Item number two is disturbing because the term national security is not defined. However, this provision of this document allows for the use of lethal force to be applied in matters of national security. This a blank check for murder. Item number three in the allowances for the use of deadly force allows occupation forces to kill detainees for the theft of resources, not necessarily related to national security. One scenario that this brings to mind consists of a hypothetical scenario where a civilian population is being starved into submission by the so-called authorities and the people resort to the “theft” of resources to maintain life. Under this provision, this is a capital offense.

When Steve Quayle speaks of the infamous “Red List”, this document validates Mr. Quayle’s assertions that many arrested civilians will be summarily executed upon arrest. Item number four authorizes the use of deadly force, upon arrest, for violations of items one through three.

Items five and six allow for the use of lethal force in the usage of self-defense and any attempt to escape.

Sometimes, the damning points of a document such as this aren’t just contained in the printed words. Sometimes, the most frightening aspect of this whole scenario lies in what is NOT being said or written.

I have gone through this document with a fine tooth comb. They describe how the detainee food is to be prepared. How medication will be administered is detailed. The document describes every aspect of daily living that the detainees will endure. Every conceivable aspect of life is accounted for in this document except for one. Nowhere, does this martial law/detention document specify how the camp will deal with the terminally ill, or even the very ill. Nowhere in the document does it discuss the disposition of dead bodies. Are these Internment/Resettlement going to be “Fountains of Youth” or is the document strangely silent on this issue for one reason? I will leave it to the reader to form their own conclusions on this point.

This martial law/detention document does not just deal with the mass arrest, confinement and the use of deadly force.

Once upon a time, I was researching the topic of potential toll roads in the Phoenix area. Quite accidentally, I discovered a document which detailed the implementation of toll roads in Phoenix. However, the document came from the Pima County government files. Pima County is 120 miles from Phoenix and encompasses Tucson. This is where the Arizona officials chose to hide the document hoping it would escape the light of day and subsequent scrutiny from Phoenix area residents.

The following part of the martial law/detention document has nothing to do with arrest and detention. It does, however, have to do with how the government is hiding information and as to how it plans to deal with legitimate protest in the future. Their intentions are deadly and as such, this is an appropriate disclosure as an addendum to the previous section on the allowable use of deadly force.

I think the public has a right to know how its government plans to handle future protests.

H-43. During a nonlethal engagement, the use of designated marksmen provides confidence and safety to those facing a riot. If a lethal threat is presented, the designated marksmen in overwatch positions (armed with appropriate sniper weapons mounted with high-powered scopes) can scan a crowd and identify agitators and riot leaders for apprehension and fire lethal rounds if warranted. Additionally, they are ideally suited for flank security and countersniper operations. (See FM 3-22.40.).

(Editor’s Note: The preceding paragraphs are dealing with protests in general in which government occupation forces will employ snipers with the intent of taking out “leaders” and “agitators”. The frightening aspect of these provisions is that this is not about martial law detention camps. This is about protests in general!

The following paragraphs discuss the use of permissible lethal force against less than cooperative inmates in the camps.)

H-53. Some nonviolent tactics are further described as follows:

Demonstrations are the actions of groups of people whose behavior, while not violent, conflicts with those in authority. They are characterized by unruliness and vocal expressiveness without violence. Demonstrations may be organized in celebration of national holidays; as protests against food, clothing, living conditions, or treatment; or for other similar factors.

Refusal to work or eat

Individuals may refuse to work or eat (collectively or individually) as a means of harassing the detaining power or in an attempt to gain concessions from the detaining power. Prompt isolation and segregation of such offenders and their ringleaders normally control this type of disorder.

Individuals may initiate a deliberate work slowdown to delay the completion of work projects, thereby harassing the detaining power. Disorders of this nature can be controlled in the same manner as the refusal to work or eat.

Slave labor will be a component of the Internment/Resettlement camps as witnessed by the following:

J-67. Commanders must organize and manage detainees in such a manner as to permit the proper and ready employment of each detainee. Consider—

Establishing and maintaining a current occupational skill record for each detainee. Include new skills as they are acquired.

Assigning individual detainees to a work detail or job on a regular or permanent basis.

I don’t think it could be any more clear. Later in the document, it speaks to paying detainees minimum wage for growing vegetables and the payment would be in French Francs. However, let’s make no mistake about it, this is still forced labor. And besides, where are these detainees going to spend their minimum wage compensation?

The Size and Composition of the Camps

Beginning on page 261, the document describes the intimate layout of the camps. Each camp is 980 yards by 507 yards. The camps will house 4,000 compliant prisoners, 8,000 “resistant” prisoners and 100 prisoner facilities for those considered dangerous.

It should be noted that each facility contains an interrogation area (brainwashing and torture). The use of the word “re-education” is mentioned. And each facility will have a PSYOPS component to the camps.

Ascertaining targets and objectives of propaganda.

Determining the effectiveness of enemy internal propaganda, such as propaganda directed at opposing forces.

Planning and conducting PSYOP to achieve other multinational and/or joint PSYOP task force or PSYOP support element objectives, such as reorienting or reeducating the I/R facility population or setting the stage for acceptance of future operations.

Assisting in improving relations with the local population (in the vicinity of the I/R facility) to prevent or minimize interference with I/R facility operations.

PSYOPS is always a term synonymous with propaganda, reeducation and murder. This document contains all of these elements. Again, the extrapolation of meaning is left to the reader.