Transition at the Personal Level 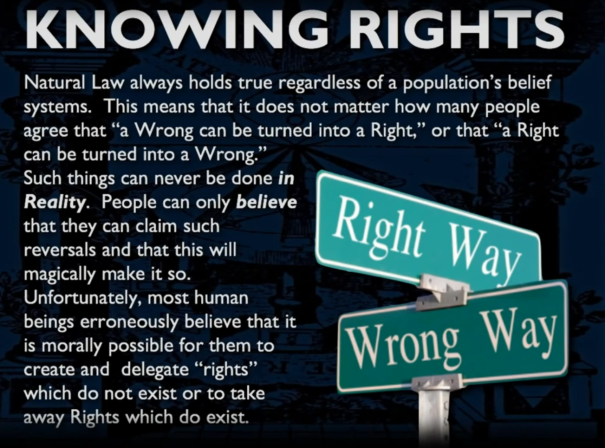 After researching the global control matrix to identify fundamental elements and the meme of control and authority I realize that people who have surrendered to that mental construct are demanding or challenging all alternatives to have a control force as well.
In other words they expect to win, and if they lose they imagine it will be to a better control model one that is explained rationally and comprehensively. Examples are when the international monetary system fails and no one presents a explained and enforceable replacement they expect to simply reset the current monetary system after wars determine the losers and winners for leadership; or when the scientific construct for the evolution of mankind is contradicted then a fully explained replacement model must be presented and without that completed condition then those people presenting contrary evidence must get lost and stop disturbing the authorities with anomalous and contradictory material.

When you recognize the rigid mental constructs for the perpetuation of authority and control what will you personally do?
I and many others have decided to answer this by making changes within (at the personal level), and this is manifested at home and then intentionally at the local community level…
What will happen as more people intentionally join grassroots efforts?
This is not a new untried concept, perhaps this is simply the nurturing moment and cycle of time for a paradigm shift as the old control system is obsolete and no longer supported at the local community and personal levels.

We who engage in postulating solutions to the dominant issues of this time, use much energy speculating on unknown outcomes. But how much energy do we use in laying the ground for a future of our own making?

How much time do we give to devising the template for the new society we must create?

To bring a dream into reality is hard work; it’s a lifetime’s work at the very least. Yet many hold back from ever embarking – rationalising that such a quest is a futile exercise that will surely be swamped by a reactionary and repressive status quo.

Somehow, this failure to embark on the single most important mission of our lives, characterises a great swath of sleepwalking humanity. But not only, also a significant percentage of supposed ‘spiritual aspirants’ who confuse the azure bubble in which they live with the stark reality of the new world which needs to be chiselled and honed into existence.

So here are a few suggestions about what can be done now, to ensure that life on Earth gets a better chance under our stewardship than under the present and past masters of control.

* Bring into consciousness a realistic vision of what your neighbourhood should look and be like in   a positively transformed state.

* Note down on paper the basic ingredients necessary to bring about this positive change.

* Go back through your blueprint and allow your creative imagination to paint in some colourful innovative elements that will give movement to the plan. For example music, drama and seasonal celebrations.

* Check that the essential simple necessities are in place: local ecological and integrated food production; fresh water availability; the resources for renewable heat and power generation; the existence/planting of orchards; woodland areas for timber needs – and all other such similar needs that offer food and shelter security within a community intent upon transitioning away from state and corporate dependency.

* Now research current activities in your neighbourhood and see what there is that may already touch on the key elements of your vision. There may be two or three such initiatives already being considered or even practised. But chances are they are not ‘connected-up’.

* Using your holistically conceived blueprint as the crystallising factor, get involved in helping to create a working symbiosis between these different initiatives so that they each draw benefit from the other and increase the overall awareness of all involved.

* Book an available space in your local town/village hall or home – prepare your ‘bigger picture’ plan – and map the interconnections that, when all the key elements are functioning fully, will bring renewed life and direction to the whole community.

Once having completed these eight steps, alert your local media and invite local residents to share the vision which you started. Show what progress has already been made and what still needs to be done. Encourage the formation of working groups to take these different complementary initiatives forward and to periodically share the results of their efforts. Forging, bit by bit, a metamorphosis of life in your neighbourhood.

Such a project can be done by anyone. No need for any particular qualifications or skills. Just a strong desire to help your community stand on its own two feet and free itself from dependence upon the hierarchical control model which holds so much of society in its thrall.

Very soon your energetic approach will draw fellow enthusiasts to your scheme – while others will back-off. This is an essential part of any process of creative change, and one which defines where true commitment can be found and where fake enthusiasm reveals itself for what it is.

I have put this concept to the test and had very positive results. The initiative involved developing a template for a UK market town of 10,000 inhabitants to become largely self sufficient in locally produced food, fuel and fibre over a fifteen year period, starting in 2000. While it was not possible to give as much time as I would have liked to this project, it was possible to share its vision with local motivators and witness a steady process of transformation get under-way – which continues to this day. The town in question has since attracted a significant number of national awards for its innovative socio-economic practices.

Don’t be swayed by the cynical voices who say ‘it can’t be done’. My reaction to such remarks is to be stirred into ever greater determination to show that it can!

We have one life – at least in this body. It is a brief flash, a spark, which flares-up into fire, flickers and transforms into something else.  To waste this brief and precious gift by evading its call to action – is an error which in all probability cannot be recalled.

Julian Rose is the author of  “In Defence of Life – Essays on a Radical Reworking of Green Wisdom” available at Amazon.com and independent bookshops. He is an early pioneer of UK organic farming, an international activist, social entrepreneur, actor and author. His website is:
www.julianrose.info