Home › Freedom-Expressed › Discussion: In The News

Discussion: In The News 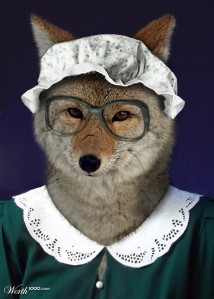 Thomas Jefferson opined of the Rothschild-led Eight Families central banking cartel which came to control the United States, “Single acts of tyranny may be ascribed to the accidental opinion of the day, but a series of oppressions begun at a distinguished period, unalterable through every change of ministers, too plainly prove a deliberate, systematic plan of reducing us to slavery”. -via Dean Henderson

–Dean Henderson‘s website was attacked and removed. Good news Dean is back with a new website!
-Very interesting how the frequency of geopolitical infighting is seeping out into the open for greater awareness.
-In the 7 years since the financial crisis first broke, the Banksters have been furiously “printing” money (quantitative Easing or “QE”) to keep their fractional reserve banking scheme afloat…  While Wall Street and other exchanges cheer their rigged soaring markets, taxes, suffering & poverty also soars to new highs as the financial crisis continues.
-U.K. prosecutors at the Serious Fraud Office opened a criminal investigation into alleged fraudulent conduct in currency markets this week.
-Governing institutions are waging wars.
Are mass disclosures of horrendous institutional crimes soon to come?
Is mass awareness happening?
Our collective efforts shall amplify global awareness and a shift in consciousness. ~Ron
.

23 Jul 2014 LONDON – Talks to reach the first settlement in the currency-rigging probe are accelerating, with Britain’s markets regulator preparing to reach a deal with a group of banks this year, people with knowledge of the talks said.

The Financial Conduct Authority is in talks with banks including Barclays Plc, Citigroup Inc., JPMorgan Chase & Co., and UBS AG, said the people, who asked not to be identified because the discussions are private. Royal Bank of Scotland Group Plc and HSBC Holdings Plc may also be part of the group settlement, one of the people said.
The FCA is trying to fast-track the process…

Whistleblower: IRS in cahoots with NSA

Warns taxman may have been spying on tea party

The Internal Revenue Service, or IRS, has “direct access” to the NSA’s domestic spying data and was likely using it to target the tea party.
NSA whistleblower William Binney was being interviewed on “Aaron Klein Investigative Radio” on New York’s 970 AM The Answer when he disclosed the startling revelation.

“For example,” Binney said in response to a question on how the NSA can use data and metadata to identify potential threats, “if you started to communicate with people involved in the tea party … and [the NSA] saw you were talking to somebody who was involved in setting up 501(c)3s, then they could alert the IRS to target you if you came in with a request.”

As the percentage of the working-age populace with full-time jobs declines, the worker-retiree ratio will become increasingly unsustainable. The taxes paid by each worker are nowhere enough to fund the generous pension and healthcare benefits promised to every retiree.

In the U.S., the number of people of working age who are jobless is 92 million; the number of full-time jobs is 118 million. This chart of labor participation includes almost 30 million part-time employees who don’t earn enough to pay substantial taxes and millions of self-employed people making poverty-level net incomes.

Courtesy of STA Wealth Management, here is a chart that shows full-time workers are less than half the labor force:

Published on Jul 21, 2014
Award winning former Associated Press reporter Robert Parry has been told by an intelligence source that the United States is in possession of satellite imagery which shows that Ukrainian troops were responsible for the shoot down of Malaysian Airlines Flight 17.
http://consortiumnews.com/2014/07/20/what-did-us-spy-satellites-see-in-ukraine/

“I want to make sure that the potential costs to the Russians in the event of a military incursion in Ukraine are as high as possible,” -Pres. Obama

Sen. John McCain, Arizona Republican, has said the United States is past due in providing direct military support to Ukraine. In the hours after the downing of the Malaysian airliner, he criticized the “cowardly” Obama administration for failing “to give the Ukrainians weapons with which to defend themselves.”
Mr. McCain told Fox News that the deadly crash warranted a weapons delivery from the United States to Ukraine so that its security forces are properly equipped to “regain their territory.”

Twelve nations sent 1,300 troops to Lviv, a northwestern Ukrainian city near the Polish border. The exercise, called Rapid Trident, is the only military exercise the United States will participate in this year, according to U.S. Army spokesperson Col. Steven Warren
.

5 comments on “Discussion: In The News”