Did you know about the U.S. POVERTY EPIDEMIC?
We have reported about OIL Plunge, and below is a video report on the deepening Crisis In Russia:

Russia is suffering, and Russian banks may face disastrous bank-runs if emergency measures are not implemented…
Be alert, creative, and prepared for the preplanned international monetary system transitional years ahead.
The crisis is not an accident, it is a monetary policy change.

Over the years we have discussed, researched, and debated these hidden globalist agendas, not sure if they would happen as we had discussed, while praying, preparing and sharing as a form of emergency preparedness planning and improving problem solving skills.
We wish the crisis to be addressed by mass awareness and creative problem solving at the personal and local community levels. This means that the institutions must yield to the will of the People, however it is not only clear that governments and their money masters will not respect grassroots solutions with the will of the People, but they also will enforce their globalist’s destructive agenda and policies with armed enforcers, terror, and violence.
Indeed, a great amount of planning, strategy, and funding has gone into the institutional policy changes to transition the international monetary system, from a U.S. Dollar centric unipolar structure to a SDR currency basket multipolar structure. This agenda with their agents will create emergencies, crisis, and possibly wars, not to worry, because they also have the global solution; and that will achieve their objectives.
It Is Not A Accident, It Is A Policy. 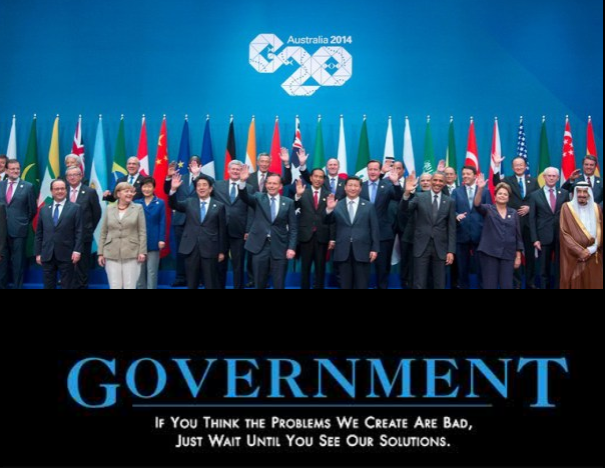