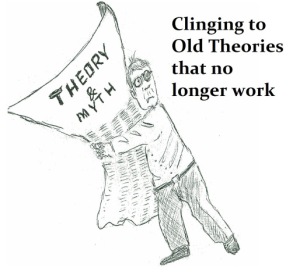 I observe the trends (governments have become managers of corporate human farms), institutions are repressing freedom, creativity, and personal sovereignty. The new policy to crack down on freedom, and opposition to the authoritarian rule of the State. The governments will offer false justifications to regulate the internet as the news media (press) has been captured and is another arm of the corporate owned state.
Oppression and Unrest are on the Rise.
The People have odious restrictions on Speech, on Travel, on Property ownership, on Privacy, and on personal sovereignty.
Crisis: It Is Not A Accident, It Is Policy.
This assault on free will & freedom is an assault on Nature and on Creation itself. ~Ron

Jennifer Rene “Psaki grilled over Ukraine’s noncompliance with Minsk peace agreements“. In professional propaganda (public relations) form the Spokesperson avoids the question each and every time!
Very deceptive.
The untrained audience are picking up on this propaganda strategy.
.
Below, Martin Armstrong shared some interesting comments:

Lack of a Free press

QUESTION: Mr. Armstrong, I have noticed that not merely Sundance refused to show your movie, but with all your amazing forecasts, one would think the Wall Street Journal, Barrons, New York Times, Washington Post, and Bloomberg, would be pounding on your door for an interview. You would imagine they would write about what your computer has accomplished that will obviously change the world perspective of how everything truly works. Bloomberg indeed “scrubbed” you from their files. Is this lack of any integrity among the press a sign of the times that also goes hand and hand with the collapse of empires?
Thank you for your enlightenment.

ANSWER: Unfortunately yes. The lack of free press is part of the decline and fall. Once the press lays down, that starts the decline of a nation. Freedom and human rights cannot exist if the freedom of speech is suppressed. Why would any of mainstream media report the successful forecasts of our model when they spent so much time cheering the government or selling the propaganda that Euroland was a flawless great idea? The implications of our model are important. It demonstrates that domestic policy objectives of a nation are often overruled by the international trends. Thus, politicians cannot honestly say vote for me and I will bring change. We can only live with the trend – not fight it.

The right to remain silent comes from the trial of John Lilburne (1615-1657) who published a newsletter that protested against the king. There was the infamous English court of the Star Chamber (Court of Chancery) with its 96% criminal conviction rate, which we in the USA have passed in Federal Courts. The famous trial of John Lilburne before the Star Chamber in 1637 is where he stood tall and objected to the King’s torture. Lilburne’s crime was handing out pamphlets against the king. He was a leader in the Leveller Movement of the 1640s and was a prolific pamphleteer who defended religious and individual liberty of the people. Lilburne defended himself vigorously in court, quoting from the great jurist Sir Edward Coke (1552-1634) whose work the Institutes was the seminal statement of English law. It was Lilburne, who established the right to remain silent enshrined in the Constitution of the United States known as the Fifth Amendment prohibition against compelled Self-Incrimination, which they have once again effectively overruled. Lilburne proudly declared:

“Another fundamental right I then contended for, was, that no man’s conscience ought to be racked by oaths imposed, to answer to questions concerning himself in matters criminal or pretended to be so.”

Suppression of the press ALWAYS precedes major political reform and revolution. The fact that major newspapers or TV shows will tout analysis that they KNOW does not work is part of the cycle. It’s not the individual journalist, it is management. No individual journalist removed me from Bloomberg’s computers. That came from the top down. They conspired in denying me my constitutional rights by never reporting my side of the story even once. They ONLY reported the government allegations. Just how does one get $1 billion out of a bank and the bank has no idea where the money went. They assume their readers are fools. You have to have a withdrawal slip or a wire. That statement from the outset by the government set the tone – this was all about protecting the banks. They traced every wire in Madoff’s case. How was that so impossible in mine? Simple – in the end the bank plead guilty with no jail time provided they return the money that was never withdrawn by me or wired to some secret place. Such allegations were just impossible yet they would never print that. Answer – scrub me from the computers, pretend I do not exist, and ignore any movie

This has always been about suppression.

Richard Grove of TragedyandHope.com and PeaceRevolution.org joins us on this month’s edition of Film, Literature and the New World Order to discuss “Philip Dru: Administrator” by Edward Mandell House. We examine the man behind the work and how the novel presages House’s time as the power behind the throne of the Wilson presidency.