Lenovo Admits Putting Tracking Software On Your PC: “We Messed Up Badly” 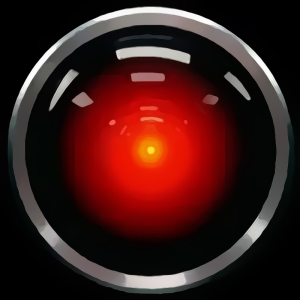 Lenovo has issued a public apology, admitting it “messed up badly” by selling laptops with a controversial tracking software called Superfish pre-installed, “We messed up badly here,” says Peter Hortensius, Lenovo’s chief technology officer. “We made a mistake.”

LENOVO shared instructions to remove the “Superfish” spyware from program files, however I recommend you return the PC for refund and get a different computer and reset all passwords for all accounts. ~Ron

File this under ‘you can’t make this stuff up.’

Lenovo Group, the largest computer manufacturer in the world, has made a rather stunning admission that they have been pre-installing tracking software on their PCs.

The tracking software is made by a company called Superfish, which apparently paid some “very minor compensation” to Lenovo for putting the software on people’s computers.

The Superfish program is a total disaster.

It has image recognition algorithms which essentially monitor what a user is looking at… then suggests relevant ads based on what it thinks you might like.

This is not only REALLY high up on the creepy scale, it also completely destroys Internet security.

Whether you’re buying something online or accessing Internet banking, the Superfish program essentially cuts the secure link between you and sensitive websites that you’re trying to access.

According to the first user who found the vulnerability a few weeks ago, “[Superfish] will hijack ALL your secure web connections (SSL/TLS) by using self-signed root certificate authority, making it look legitimate to the browser.”

This means that the tracking software basically fools a web browser into believing that a connection is secure when it’s not… all for the purpose of pushing more ads in your face.

This scheme is so powerful that even if users uninstall the Superfish software, the security breach still remains.

This is so flagrant I have to imagine that even the NSA is shocked.

After its initial approach of being completely unapologetic and dismissal, Lenovo is now groveling for forgiveness.

The company’s Chief Technology Officer now says, “We messed up badly here,” and “We made a mistake.”

Duh. But untold amounts of consumers out there have been totally violated.

There are a few interesting points to make here–

1) Privacy isn’t dead. But it’s extremely difficult to maintain. There are so many forces out there trying to pry whatever little privacy remains from us, one has to fight tooth and nail to preserve it.

2) There’s no transparency in the system; we never really know what’s going on behind the scenes with big institutions.

Governments and politicians will lie to our faces. They’ll tell us to be excited and that everything is fine; then behind the scenes they’ll plan for capital controls and huge tax increases.

No one has any idea what kind of toxic crap banks have on their balance sheets. They’ll post record profits and tell us how successful they are. But internally they know that it’s only a matter of time before they collapse (as we saw in 2008).

Even major tech brands are betraying the public in the dark of night with crazy spyware or selling us all out to government agencies.

There are very few, if any, big institutions out there that we can trust anymore.

And maybe that’s how it should be.

It’s a shark-filled world with bad people who do bad things. Perhaps it’s all the better that a trusted brand becomes the poster child for betrayal.

Because if Lenovo is doing this, are we supposed to be so naïve to presume that Google, Apple, AT&T, etc. are not?

3 comments on “Lenovo Admits Putting Tracking Software On Your PC: “We Messed Up Badly””