Home › Freedom-Expressed › Awareness: TRUTH is Treason in a Empire of Lies

Awareness: TRUTH is Treason in a Empire of Lies 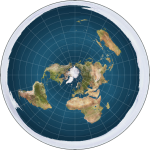 When one search for Facts and Truths one finds the fraud of government, courts, religion, science, education, and banking.
That is the “Empire of Lies” the People on Earth are facing.
See the reports and documentaries below. ~Ron

Firstly the banks in question, Citigroup, JPMorgan Chase, Barclays and the Royal Bank of Scotland, are major banks who are heavily monitored by so called regulating agencies, the likelihood that this activity went unnoticed by them is either a deception at worst or reveals their total incompetence at best. In either case, the average joe reading this should conclude that the system doesn’t work, and a major change must be effected.

Second, these banks were fined, not shut down, not prevented from continuing business, but given a slap on the wrist. $5 billion is the cost of doing business for these institutions, and they will most likely continue to manipulate the markets, rig the game in their favor defrauding most of the Earth’s population.

They have violated the public trust, and led people to believe that the markets are fair and honest.
[… Read more]
∴

The U.S. Department of Justice held a press conference in Washington, D.C. this morning at 10 a.m. to announce that two of the largest banks in the United States, Citicorp, a unit of Citigroup, and JPMorgan Chase & Co., would plead guilty to felony charges in connection with the rigging of foreign currency trading.
Two foreign banks, Barclays PLC and the Royal Bank of Scotland (RBS), also pleaded guilty to felony charges in the same matter.
A fifth bank, UBS, pled guilty to rigging the interest rate benchmark known as Libor.

Collective Evolution 5-15-15… “U.S. Intelligence Officer: “Every Single Terrorist Attack In US Was A False Flag Attack””

I’d seen this several days ago, but as it was just mentioned in False Flag news, it felt time to post this, which is, for many of us, something we’ve known for some time.

“Most terrorists are false flag terrorists, or are created by our own security services. In the United States, every single terrorist incident we have had has been a false flag, or has been an informant pushed on by the FBI. In fact, we now have citizens taking out restraining orders against FBI informants that are trying to incite terrorism. We’ve become a lunatic asylum.”

““The truth is, there is no Islamic army or terrorist group called Al-Qaeda, and any informed intelligence officer knows this. But, there is a propaganda campaign to make the public believe in the presence of an intensified entity representing the ‘devil’ only in order to drive TV watchers to accept a unified international leadership for a war against terrorism. The country behind this propaganda is the United States.” – Former British Foreign Secretary, Robin Cook”

History… The Origins of the U.S. Intelligence Community & Why It Spies on Americans

Posted by Richard Grove
We ask the question: Is America safer, now that we’re openly being spied on?
We’ll discover how to check our premises, and peer into the origins, form, and function of the intelligence Community.
By studying those who spy on us, we’ll uncover the root-causes of the War on Terror; and you will have the facts to help end it.
Learning’s the Answer, What’s the Question? It’s all coming up next, on History So It Doesn’t Repeat.

It seems the courts through a Freedom of information act lawsuit is standing by the U.S. government and not allowing the release of the U.S. governments plan to shut down the internet and cell phone service (plan SOP303) in times of emergencies. In other words if there was civil unrest.

The reason why the lawsuit was filed in the first place was due to when all cell phone service was cut in San Francisco during the BART unrest. –read more
∴

JPMorgan Chase Announces Settlements with the U.S. Department of Justice and the Federal Reserve Related to Foreign Exchange Activities

New York, May 20, 2015 – JPMorgan Chase & Co. (NYSE: JPM) today announced settlements with the U.S. Department of Justice (DOJ) and the Federal Reserve (Fed) relating to the Firm’s foreign exchange (FX) trading business. Under the DOJ resolution, JPMorgan Chase & Co. will plead guilty to a single antitrust violation and pay a fine of $550 million. Under the resolution with the Fed, the Firm will pay a fine of $342 million and has agreed to the entry of a Consent Order. The Firm has previously reserved for these settlements.

These settlements are in addition to agreements announced in November 2014 with the U.K. Financial Conduct Authority, the U.S. Commodity Futures Trading Commission and the U.S. Office of the Comptroller of the Currency relating to the FX trading business. Today’s resolutions, along with similar government settlements with other major banks announced today, call for certain remedial actions that are consistent with those required under the Firm’s prior settlements relating to FX. The Firm has already commenced significant efforts in this regard to help ensure it is operating according to the high standards that the company and its regulators demand. With today’s agreements and the remediation and other efforts it is making, the company is able to continue to serve its clients and does not anticipate future material constraints on its business activities. The DOJ agreement will be submitted to the court for its consideration. The Fed Agreement is effective immediately.

The conduct underlying the antitrust charge is principally attributable to a single trader (who has since been dismissed) and his coordination with traders at other firms. Jamie Dimon, Chairman and CEO of JPMorgan Chase, said: “The conduct described in the government’s pleadings is a great disappointment to us. We demand and expect better of our people. The lesson here is that the conduct of a small group of employees, or of even a single employee, can reflect badly on all of us, and have significant ramifications for the entire firm. That’s why we’ve redoubled our efforts to fortify our controls and enhance our historically strong culture.”

The complete DOJ agreement, including the firm’s obligations thereunder, can be accessed at www.justice.gov. The Fed Agreement is available at www.federalreserve.gov.

The Firm continues to cooperate with still-pending investigations being conducted by other regulators relating to the Firm’s FX trading business.

Posted 19 May 2015
“Empire of LIES: The Ron Paul Documentary” is a film project produced by Charles Goyette (NY Times Best-Selling Author, TV & Radio Host) and being funded by crowdsourcing via Kickstarter.
Charles speaks about his project, its goals, challenges, and eventual causality in the fight for individual liberty and a philosophy which vigilantly guards Freedom.

“Although Ron Paul has been approached many times by many others to be the subject of a documentary, he has not agreed to participate.

5 comments on “Awareness: TRUTH is Treason in a Empire of Lies”