How To Herd People into New World Order: Institutional Governance By Crisis Management 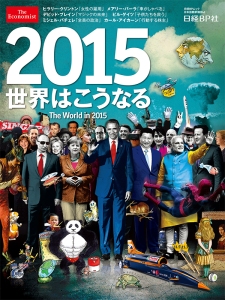 Global Governance:
By creating False Flags and National/International Emergencies, institutions grab more influence and control, and are able to rapidly implement policies that were previously rejected or that would be rejected if the emergency was not happening.
The deceased comedian, George Carlin stated that society get the government they deserve, meaning so many ignorant citizens allow the dangerous sociopaths to rule them. This is expected to get dangerously messy in years to come and rather than one calamity we can expect a few years of them…

Socioeconomic storms are brewing in South America, European Union, and elsewhere that could be a devastating punctuation mark on the markets and the year 2015. The U.S. dollar is expected to rise among currencies along with the policy change to raise interest rates causing more calamity on foreign currencies and debts.
Again, as I said, institutions govern by managing crises and are willing to engineer a crisis to implement bad policies.

This year, 2015, feels pivotal; I mean my sense is that BIG Events are planned by institutions and their agents.
Be alert and prepared for September through the end of November…

This Is All State Sponsored
In the management of crises expect the U.N., G-20, IMF, and BRICS to implement reforms for the international monetary system and Sustainable Development of the world.
That means China’s RMB (Yuan) to be included among the World’s Reserve Currencies; Bank-Bail-Ins; Tax hikes; More Unemployed; Bond & Stock Markets devastating loses, and governments defaulting on their debts.
My wish is for you to be prepared for the mess to come. ~Ron
§

The 2015 G20 Think Tank Summit, the largest so far, opened in Beijing on Thursday, with the theme of global governance and open economy.

The summit is being attended by top think tank representatives, politicians, experts and guests from 20 countries including China, the United States, the United Kingdom, Japan and Germany. The summit will help provide intellectual support for the G20 summit held at end of this year in Turkey and for G20 summit to be held in China in 2016.
[…]
The report said “China is set to host the G20 summit in 2016 and as the primary global forum on economic cooperation, the G20 should be responsible for top-down design and relevant planning. The host of G20, on the other hand, is supposed to spearhead efforts to tackle major global challenges while promoting the legacy of previous G20 work and driving the mechanism forward.”

6 comments on “How To Herd People into New World Order: Institutional Governance By Crisis Management”