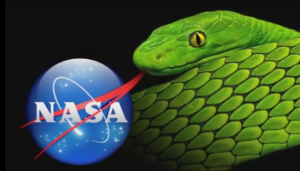 Researcher Rob Skiba eloquently reports on NASA’s decades of fraud in the hundreds of billions of public funds and Trust:

Video posted 04 Sep 2015
“With NASA’s latest animated GIF showing the moon crossing in front of the Earth, they have totally exposed themselves as the frauds that they are.
If nothing else, they have just proved that the entire Apollo space program was a massive, expensive hoax.
Why?
Because if this latest, state-of-the art imagery is true, then every picture we’ve seen of the Earth from the moon cannot be real.
Furthermore, if this video is true, then all of the other “Earth Rise” videos we’ve seen from the satellites of other countries (like Japan) are exposed as fraudulent as well.
One way or another, someone’s lying – and charging us BILLIONS of dollars to do so.”