I, like many other researchers, wonder whats REALLY Going On.
Piecing together the worldwide institutional governance deception is a big puzzling chore.
The geopolitical liars are skilled professionals and totally untrustworthy!
Thus, we hear what Politicians and Banksters say, but more importantly we see what they do, and their actions speak louder than their lying mouths.

Big changes are happening, but most citizens are unaware of the mega-changes happening as you read this.
When your bank accounts are temporarily locked from your access, and the so called “Panic” is Headlined by Wall Street Investment banks and their controlled mass media public opinion manipulators, perhaps only then will you see and understand the meaning of these current events.
We are here, in the worldwide dialogue, seeking the truth.
Read on and discern the Truth.
§

It may be the Fed could not find any buyers for their debt!
Traders said China’s massive selling their U.S. Treasuries. 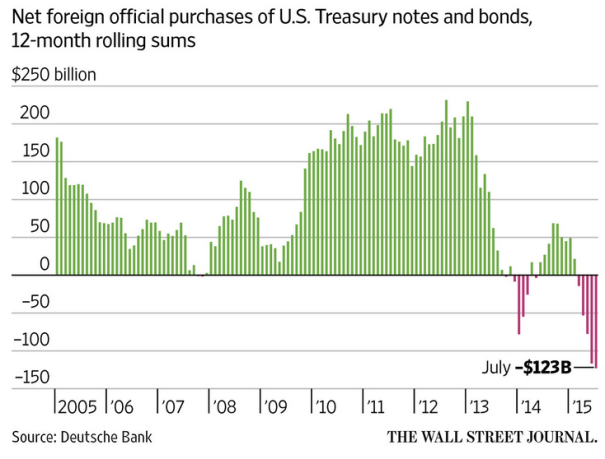 In a different Wall Street Report, it was stated that:
“Central banks around the world are selling U.S. government bonds at the fastest pace on record, the most dramatic shift in the $12.8 trillion Treasury market since the financial crisis.”

The Wall Street Journal went on to low-ball the event as merely a sign of emerging market (China, Russia, Brazil, and Taiwan -ALL 4 were the Largest Purchasers of the U.S. DEBT) economic slowdown “threatening to spill over into the U.S. economy”.
Is that merely a coincidence?
(I think not…)

A critical thinker would obviously consider the possibility that those central banks are dumping U.S. Treasuries.
Which is a very likely event in a currency war and a world war.
Another way to say that, is to point to the collapse of the Bretton Woods Agreement post 1971, and a collapse of the Washington market consensus post the “Great Recession” of 2008.
The death of the King Dollar may be unfolding…

Is NIRP Coming To America?!

Related to the above is that recently The Minneapolis branch of the Federal Reserve hinted at a new policy: negative interest rates!

“Reducing the target range for the Fed Funds rate from 0.00% – 0.25%? That implies a negative Fed Funds target rate.

The effective Fed Funds rate is already 0.13%, the lowest in the Americas. Only Japan is Asia/Pacific is lower than the US. However, in EMEA, the Eurozone, Switzerland, Sweden, Denmark and the Czech Republic all have central bank policy rates lower than the US.” –https://confoundedinterest.wordpress.com/2015/10/08/minneapolis-feds-kocherlakota-suugests-extraordinarily-patience-in-reducing-monetary-accomodation/

We have read about the Negative Interest Rates Policy in Europe, is it any surprise if it comes to the United States?
Have you considered the inevitable Tax Hikes?

Government debt auctions are special markets, restricted to licensed major institutions and I do not have full access to that information, and certainly not before central bankers, market traders and analysts release their information.
I do not ignore statements from The IMF, The UN, The BIS, and Citibank who are all warning that a Economic Crisis could be Imminent.

The question I have, (and is rarely asked by mass media), are they covertly planning and funding the crisis event(s)?
Let us not be obtuse, bluntly stated, the central bankers could collapse the world markets in a day if they stopped the flow of credit and electronic banking transactions.
Furthermore, (it is so rarely stated, that I feel it is important to), Military is fundamentally a paid security force for the banking empire and insures the safety of trade and commerce.
The escalation of the current World War (ending with direct military confrontation among China-Russia-U.S.-NATO) would serve the Banking Interests very well indeed to both profiteer off of war and reach a new consensus for the international monetary system.

Ultimately, according to Bergsten [C. Fred Bergsten, the founding director of the Peterson Institute for International Economics and a leading trade advocate], when it comes to trade deals, “the overriding goal is foreign policy and national security. That’s been the case in all previous U.S. trade agreements.” The Kennedy Round of negotiations in the 1960s, he says, was primarily oriented towards strengthening the Atlantic alliance, while a major goal of NAFTA was to promote a more successful Mexican economy and avoid instability on the United States’ southern border. “If the past is prologue, [national security] is what will eventually persuade Congress,” he says. –CFR.org

It matters not if the monetary system is centered in the WEST or the EAST.
(Granted, that the Neocons want military superiority like a brutish gang of bullies and it does matter to them.)
With that consideration, we note what others write and say about the markets:

How these 12 TPP Nations Could Forever Change Global Growth
October 9, 2015

These are among many of the words that have been used lately to describe the Trans-Pacific Partnership (TPP) trade pact, which was finally signed in Atlanta this Monday by 12 participating Pacific Rim nations.

After nearly seven years of negotiations, the TPP promises to deliver unprecedented free and fair global trade among the 12 participant nations. –Read more here of that biased pro TPP report.

Did you notice who are absent from the historic TPP “free trade” agreement?

CHINA, TAIWAN, SOUTH KOREA, and RUSSIA (major Pacific economies) are all missing!
In fact, they may form their separate trade agreements via the RCEP, BRICS, SCO, EEU, and the AIB to boost trade and development in East Europe, Central Asia, and the Pacific, that could include India as well.
We also see signs of the rest of the emerging markets (Africa, Middle East, and South America) considering Loans and Infrastructure development via the Non-USA led consortiums.

The IMF’s warning echoes a chorus of others. The Bank of England’s chief economist, Andy Haldane, has argued that the world is entering the latest episode of a “three-part crisis trilogy”. Unctad, the UN’s trade and development arm, would like to see advanced economies boost public spending to offset the downturn in emerging economies. The Bank for International Settlements believes interest rates have been too low for too long, encouraging too much risk-taking in financial markets. All of them fear that the global financial system is primed for a crisis. –theguardian.com

Lord Jacob Rothschild: [Institutional] Investors face a geopolitical situation as dangerous as any since WW2.
Chairman of the popular RIT Capital Partners investment trust warns of ‘chaos, extremism and aggression’ around the world, with ‘horrendous’ problems in Europe…. Read

Policy Makers’ Hegelian Dialectic:
As one (old) consensus breaks apart, another (new) consensus seeks to replace it, but make no mistake about it – that is still the same fraudulent debt based monetary system that is the great plague on the World.

Please remember, that few things change mindsets as quickly as terror & war, and with that in mind consider a escalation of war, terrorism and false flags a high probability. The banking and monetary legislation is already written, all that is needed is the emergency event(s) to push the hidden agenda forward.
The Policy Makers are willing to command patriotic citizens to wage war that will demand a consensus that protects their precious international monetary system!

Left out of the discussion is what aware individuals think about alternatives to the current international monetary system plaguing them. 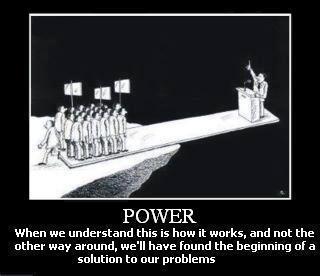 Unplug!
The aware individuals I speak to, all agree that local community currencies and other non-institutional controlled currencies (block-chain crypto currencies for example) should be available as a measure to bridging the emerging new normal that will follow the collapse of this current debt based system.
Wars and debt based currencies are not approved nor supported.