Home › Freedom-Expressed › Too Many Secrets: John Lilly, The Order of the Dolphin, and Others

Too Many Secrets: John Lilly, The Order of the Dolphin, and Others 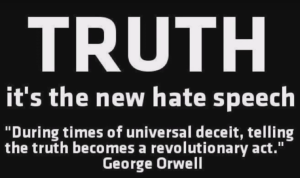 Occult secret societies have been tracked from Babylon, to Rome, the Vatican, the Jesuits, the founding of modern science, central banks, Foundation Think Tanks (policy research), the C.I.A., NASA, and all member nations of the United Nations.
Those societies have funded extensive research into human biology, behavioral psychology, weapons, earth exploration, sea exploration, space exploration, ancient artifacts, and much of it is hidden and classified.
Those societies continue to setup institutions as monumental centers of control & authority.
Research what is hidden and consider civilization by design where citizens volunteer to be slaves and experimental specimen.

Good, Bad, or a mixture, the occultists are guilty of hiding knowledge and the threats are obvious in a struggle for truth and freedom.
With the Spell of Illusion in this Age of Deception, ignorance, as in the lack of awareness, knowledge, and truth, is dangerous.

Below is the (John C. Lilly, M.D.) Maxim about the Province of the Mind and excerpts from the interview with JEFFREY MISHLOVE, Ph.D:
“Dr. Lilly is a former researcher with the National Institutes of Health and the Maryland Psychiatric Research Center. He is the author of some five books on human-dolphin communication, including Lilly on Dolphins, Man and Dolphin, The Mind of the Dolphin, Communication between Man and Dolphin. He has written many books on deep inner exploration, including The Deep Self, The Center of the Cyclone, The Dyadic Cyclone, and The Scientist, and he is particularly known for Programming and Metaprogramming the Human Biocomputer. In fact he introduced that term, the biocomputer, into our language.
[…]
LILLY: In the province of the mind what one believes to be true, either is true or becomes true within certain limits. These limits are to be found experimentally and experientially. When so found these limits turn out to be further beliefs to be transcended. In the province of the mind there are no limits. However, in the province of the body there are definite limits not to be transcended.

MISHLOVE: You’ve probably devoted your whole life, and certainly many decades recently, to pushing to see what really were the limits — by going into new realities, taking on the belief systems of those realities, and then coming back to your basic working reality and challenging those beliefs, integrating those beliefs with your own. In your writings you’ve explored almost every state of consciousness I could imagine — the various mystical levels of satori, communication with extraterrestrials, communication with other species. You’ve established probably a more significant mapping of inner space than almost any other modern person, and I think we all owe a great debt to you for that.

LILLY: But don’t get stuck with those. I’ve abandoned all of them. It’s impossible, because there are infinities within the mind.

MISHLOVE: I think that’s the beauty of your work, is that you keep moving further and further out. In The Center of the Cyclone you described a state — you had a whole system, virtually a quantitative system, for mapping states of consciousness, and you talked about one that I found most fascinating, which you call +3, Mega Samadhi. In that state you describe going so far out of your body, even out of the physical universe, to the point of being at the level of essence, in which the physical universe is created.
[…]
LILLY: Well, there’s one state beyond +3. That’s +1, but you’re not allowed to remember that once you go into it. It’s union with God. That’s the true yoga, and so you’re nonhuman, so there’s no way you can recount what happened. You have no way of saying it, because it’s beyond language. Well, all those states are beyond language. Language is a very poor instrument to express it.

MISHLOVE: In some of your other writings you’ve described language as being a thin film that separates us from reality. Much as we try to use language to describe what we mean, it really puts barriers up.
[…]
See Transcript or Video

Title: John Lilly and the Secret Society Behind the Nation’s Largest Radio Telescope
Video posted 17 May 2016

Title: At the Shadow Government Headquarters: A Few Notes from the Council on Foreign Relations
Video posted 20 May 2016

3 comments on “Too Many Secrets: John Lilly, The Order of the Dolphin, and Others”