Home › Freedom-Expressed › Many Truth Seekers Are Asking Was The Failed Turkey Coup Another False Flag?

Many Truth Seekers Are Asking Was The Failed Turkey Coup Another False Flag?

Many truth seeking researchers are combing the details from the events connected to the failed Turkey coup and revealing disturbing facts:

The failed military coup was the worse executed military campaign I have ever seen reported.
I would like to hear from military officers what orders they received, and when.

Why are so many court officials being arrested in a supposed military coup?
This is far more than a few detained:

…authorities have detained 10 members of Turkey’s highest administrative court as the government appeared to press ahead with a purge of judiciary officials with alleged links to a U.S.-based Muslim cleric.

Other news sources state:
2,745 judges have been fired in Turkey on Saturday for alleged links to Fetullah Gulen – now both the Hurriyet newspaper and Anadolu Agency are reporting that 140 arrest warrants have been issued against members of the Supreme Court.

Is it odd how quickly such large lists for detainees was gathered?
“A total of 2,839 military officers were detained“…

Isn’t this a convenient political opportunity to rid oneself of opposition?
Martial Law was imposed and remains in effect:

U.S. Embassy Ankara informs U.S. citizens that shots fired and explosions have been heard in Ankara and both bridges in Istanbul, the Bosphorous and Fatih Sultan Mehmet, are now closed. Martial law and a curfew have been imposed in Turkey. All flights at Ataturk Istanbul Airport have been suspended.

The statements below are from InvestmentWatchBlog:

How the failed military coup will affect geopolitical foreign relations is more to watch for.
U.S./NATO/Euro/Russia/Turkey/Syria/Israel/Saudi…

When we described [5]the aftermath of Turkey’s failed, and painfully disorganized military coup attempt, we asked rhetorically, “Who wins?” To which we answered: “Why Erdogan of course. As he said during a press conference upon his arrival back in Istanbul in the early Saturday morning hours, the coup is an opportunity to “to purge the military.” Erdogan also vowed to exact “the highest price” from the perpetrators. Or, to summarize, the military said Erdogan’s power consolidation justifies the attempted coup; Erdogan said the coup justifies further consolidation of power.”

Overnight, when analyzing the market’s take of the coup, Renaissance Capital’s Michael Harris said that “for markets to respond positively, we think Erdogan must go the reconciliation route, pledging not to hold elections for the coming year and committing to a consensus approach to constitutional change. More likely, though, Erdogan will seek to leverage this into a constitutional super-majority via a snap election.”

Their conclusion: “A military coup has failed, but if Erdogan responds to this historic moment the wrong way, a democratic coup could be the result.“-zerohedge

Meanwhile There Is The Worldwide Debt Crisis

Turkey and most nations are drowning in debt and require additional revenue streams or increased austerity measures with budget cuts.
What will Turkey central bank do?
How will the markets respond next week?

Turkey: the economy before the coup
15/07/2016  By Michael Baxter
With news that Turkey appears to be in the midst of a military coup, a refresher on Turkey’s economy may be useful. The economy is growing fast, but it is excessively reliant on foreign debt, and the markets have been worrying about the policies of President Erdogan for some time.
–Read More– 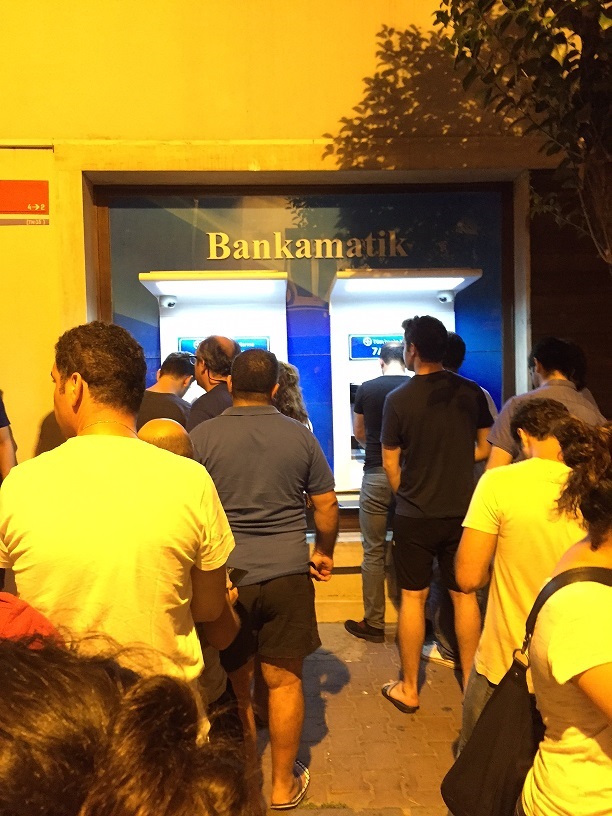 7 comments on “Many Truth Seekers Are Asking Was The Failed Turkey Coup Another False Flag?”