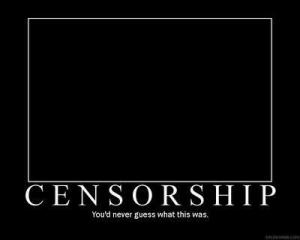 We often discuss the establishment’s policy to deceive, censor, and restrict knowledge from the masses.
The masses are leaving the mainstream media (MSM), out of necessity in search of the hidden truth.

– Internet Freedom Is Under Assault –
After the MSM launched their “Fake News” campaign against alternative and independent investigative reporting, we see the internet platforms (Google, Youtube, Facebook, and Twitter) are coattails attached to the same establishment apparatus employing deception, and censorship.
Thus, alternative platforms are more vital than ever in sharing and archiving knowledge.
Below are some alternative hopefuls. ~Ron

“BitChutes mission is to put people and free speech first. It’s free to join and create and upload your own videos to share with others.” –BitChute

BitChute is a peer to peer video sharing platform. Its mission is to put people and free speech first. It’s free to join and create and upload your own videos to share with others.
…
§

Podcast: Play in new window | Download | Embed
10 years ago, everybody was on MySpace.
10 years from now, the Twitters and Facebooks and YouTubes of today will be dinosaurs, abandoned by users sick of censorship and centralized control.
Thankfully, the alternatives to these social media dinosaurs are already here, and they’re blockchain-based, torrent friendly, decentralized and censorship resistant.

The Corbett Report on Steemit

The Corbett Report on Minds.com

The Corbett Report on BitChute