Home › Freedom-Expressed › End The Fed: In Hot Seat and Already Facing Board Shake-ups

End The Fed: In Hot Seat and Already Facing Board Shake-ups 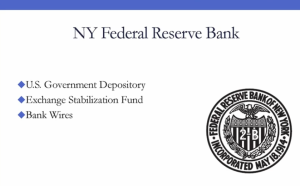 Yes, the hot seat for the Federal Reserve is warming up, and amazingly this was a Webbot forecast from Clif High at Half Past Human.
But how much change can anyone expect from the beastly system policing itself?

The U.S. government is attempting to engineer BIG changes in government without educating or asking for public input and suggestions.
No, they don’t want the masses involved with policy decisions and social engineering of civilization. The ruling class only want docile and tax compliant citizens as they RESET the international monetary system.
Read how difficult it will be to get a “real” audit without tricks, deception, and a tough fight.

Kentucky’s Sen. Rand Paul appears to be on track for having the Senate and the House pass “Audit the Fed” legislation. Much more criminal acts could be revealed… 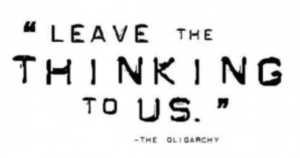 Federal Reserve Gov. Daniel Tarullo, the central bank’s dominant voice on financial regulation, has submitted his resignation and will leave his post on April 5. –thehill.com

Public announcements claim Tarullo’s exit is no major surprise, although his term as governor would not have expired until the end of 2022!

The washingtonexaminer.com claims Tarullo was:

“The Federal Reserve’s point man on financial regulation submitted his resignation Friday, [10 Feb 2017] meaning the Fed’s Board of Governors will drop to just four members when he leaves in April and just as Congress looks to gut former President Barack Obama’s financial regulations.
[…] Tarullo’s announcement comes two days after Federal Reserve general counsel Scott Alvarez, a key behind-the-scenes figure at the central bank who played a major role in its response to the financial crisis, said he will step down.
When Tarullo leaves, the board will only have four filled spots out of the seven total positions available. Prior to joining the board, Tarullo was a law professor at Georgetown University and served in the White House under President Bill Clinton.”

Tarullo’s exit will create a third opening on the Fed’s board of governors. He had served on the Fed’s board since January 2009.
Correct me if I am mistaken, I think Janet Yellen’s 1st term (as chief governor) is up next year in 2018, but will she remain until then?

Meanwhile we notice that many wealthy billionaires are warning and prepping for a worldwide catastrophe with bunkers and supplies in New Zealand.

When the Rigged financial markets are engineered to crash, who will be surprised and unprepared?

PS:
zerohedge shared a interesting note about the fed:

As an aside, in an interesting note by Wharton assistant professor [5]Peter Conti-Brown, he makes some interest observations on whether Trump will appoint a “Priebusian” or “Bannonist” filler for the Fed board:

If the President appoints Bannonists to those open vacancies, it’s essentially a declaration of war against the idea of independent central banking, as tangled as that label can be. At that point, the hard-money types in the Republican coalition, Democrats virtually everywhere, and perhaps especially Fed insiders will be on notice: if they value the idea of expert decision-making in the central bank, then the stakes couldn’t be higher. As the dust settles on this first generation of President Trump’s cabinet appointments, we should not let these two seemingly obscure appointments go unnoticed. They will be among the most important the President will make.

One comment on “End The Fed: In Hot Seat and Already Facing Board Shake-ups”