Home › Freedom-Expressed › Dear Citizens: You Have Criminals, Satanists, Pedophiles, and other Assortments of Ruthless Villainy in Government

Dear Citizens: You Have Criminals, Satanists, Pedophiles, and other Assortments of Ruthless Villainy in Government 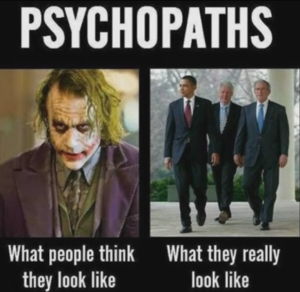 There is a institutional word that is synonymous with Organized Crime and the Occult, it is called GOVERNMENT.
Institutional governance has several forms and is found in policy making for banking, religion, and corporations.
The horrific truth is a hidden institutionalized disease that must be exposed and dealt with.
Stop fearing the TRUTH.

These institutions were run by the Catholic Church, by the state, and by other voluntary bodies such as Barnardo’s and Protestant organisations. The inquiry covered the period 1922 (when partition occurred) until 1995.

Recently Sir Edward Heath has been in the headlines again, with new investigations into his background.
A number of witnesses have come forward, stating, that he in fact, was involved in Satanism.
At the highest level of the UK government.
#MKultra
#EdwardHeath
#PizzaGate

Title: BREAKING – HUGE Exclusive Interview With DHS Insider! Talks About #PizzaGate #PedoGate & Much More
Video posted 16 Feb 2017 by Victurus Libertas VL
… We are so fortunate that members of the Intel community like our work and feel they can trust us. We have been trying to get to the bottom of PizzaGate for months and the answers we got from our DHS insider stunned and shocked us. Here we go!
http://victuruslibertas.com/2017/02/exclusive_interview_with_dhs_insider/

Please donate: http://www.gnosticmedia.com/donate/
Key players behind the CIA’s infamous MKULTRA program gathered for a reunion and brag fest on February 16, 1979.
What most don’t realize is that the counterculture itself was the CIA’s MKULTRA program.
Here the CIA’s criminal masterminds brag how they fooled the American public into sex, drugs and rock and roll.
CIA analysis of this video (UnSpun Episode 20) may be found here:
https://www.youtube.com/watch?v=Wac4GY3DYww

4 comments on “Dear Citizens: You Have Criminals, Satanists, Pedophiles, and other Assortments of Ruthless Villainy in Government”