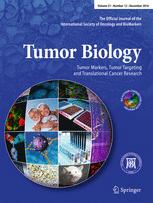 With this latest batch of retractions, the total number of papers retracted for fake reviews is now around 450.

Springer is retracting 107 papers from one journal after discovering they had been accepted with fake peer reviews. Yes, 107.

To submit a fake review, someone (often the author of a paper) either makes up an outside expert to review the paper, or suggests a real researcher — and in both cases, provides a fake email address that comes back to someone who will invariably give the paper a glowing review. In this case, Springer, the publisher of Tumor Biology through 2016, told us that an investigation produced “clear evidence” the reviews were submitted under the names of real researchers with faked emails. Some of the authors may have used a third-party editing service, which may have supplied the reviews. The journal is now published by SAGE.

The retractions follow another sweep by the publisher last year, when Tumor Biology retracted 25 papers for compromised review and other issues, mostly authored by researchers based in Iran. With the latest bunch of retractions, the journal has now retracted the most papers of any other journal indexed by Clarivate Analytics’ Web of Science, formerly part of Thomson Reuters. In 2015, its impact factor — 2.9 — ranked it 104th out of 213 oncology journals.

After the retractions as a result of fake peer review (amongst others) in 2015 and 2016 that involved Tumor Biology, the decision was made to screen new papers before they are released to production. Based on this extra screening, new names of fake reviewers were detected and in order to clean up our scientific records, we will now start retracting these affected articles.

The current retractions are not a new case of integrity breach but are the result of a deeper manual investigation which became necessary after our previous retractions from Tumor Biology in 2016. The extent of the current retractions was not obvious from the earlier investigations in 2015. We are retracting these published papers because the peer-review process required for publication in our journals had been deliberately compromised by fabricated peer reviewer reports.

Springer reviews on a regular basis all relationships with its business partners. The contract with the International Society of Oncology and BioMarkers [which owns the journal] has been discontinued and not renewed. At the end of 2016, Springer stopped publishing Tumor Biology.

We asked a Springer spokesperson if the decision to end the contract with the journal’s owner stemmed from the recent retractions. She told us:

Springer reviews on a regular basis all relationships with its business partners. Springer was not in a position to renew the contract…We thought that a switch to a new publisher would offer the journal the opportunity for a fresh start.

She added that the new publisher, SAGE, was aware of the retractions when it took over the journal in January.

The spokesperson noted that the journal didn’t notice a strong pattern of affiliations among the authors on the latest batch of retractions — and that more might be coming:

As a result of a very big screening we may have identified a small number of articles from various journals. Since these are ongoing investigations we cannot give further details at this point.

The journal is edited by Torgny Stigbrand, professor emeritus at Umea University in Sweden, who assumed the role in 1999, when the journal was published by Karger.

In 2015, Springer retracted 64 papers for compromised reviews from 10 journals, including Tumor Biology. With this latest batch of retractions, the total number of papers retracted for fake reviews is now around 450.

The ISOBM (society owner of Tumor Biology) approached SAGE in early 2016 seeking to relaunch their publication as an open access journal with a new publisher. SAGE entered into a contract with Tumor Biology in December 2016 and began publication of the journal in January 2017.

SAGE was informed of the latest Springer investigation into Tumor Biology in November 2016, and were made aware of the scale of these retractions in late February 2017 by Springer.

The society were open about the past instances of peer review fraud, and as part of the relaunch they wanted to address the underlying reasons.

SAGE entered into a contract with the society in December 2016 with an agreement that the editorial board would be re-structured and there would be a complete overhaul of the peer review processes of the journal to bring it in line with SAGE practices.

SAGE continues to develop a strong programme of journals representing the leading researchers, practitioners and societies in medicine.  Tumor Biology provides an important outlet for experimental and clinical cancer research.

The spokesperson explained how the journal plans to prevent future incidents of faked reviews:

SAGE works with all of our authors and editors to continually review our policies and regularly share detailed guidance on best practice in line with COPE guidelines, including implementing strict policies on the use of suggested or recommended reviewers and the use and supply of institutional email addresses.

As part of their transition to a new publisher, the Tumor Biology editorial team have already introduced new robust peer review practices expected from all SAGE journals.