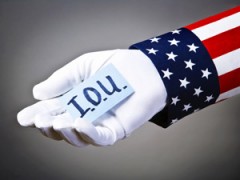 Financialization can be thought of as the virtualization of real economies

Poverty & Debt are rising, this is Globalisation.

As the Ponzi-economy, see the markets’ narrative fails another scheme is set to replace it.
For years we have been discussing the threat from institutional governance, the new financial standard and engineering a digital economy alongside securitization with the magic of credit creation.
This is effectively the devious implementation of feudalism, I refer to a form of global property holding where the serfs that must work and pay taxes to live there.

Bluntly stated, its all about debt (as money) and property.
This 21st century modern (Neo-Feudalism) version is made possible by financial engineers and digital technology.

I see an effort to force nations (kingdoms) to merge into centralized units of government (look at the Eurozone, and what the UNITED NATIONS call the ten regions…) – it pains me to contemplate the digital property holdings the “money masters” will claim on their financial ledgers (aka blockchain/fintech).

Rampant greed and tyrannical institutions is on the rise, synchronized with the rise of debt.
The consolidation of power is on the agenda and they seek to control capital flows.
Note the rise of algorithms in super computers to control the markets. 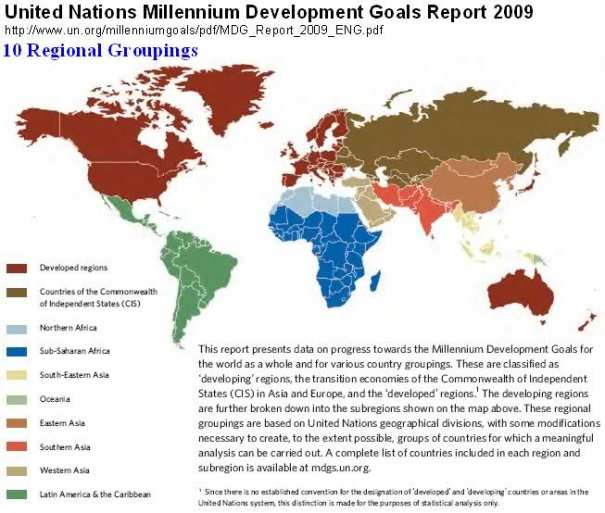 There is a massive wealth transfer occurring.
When the pension funds admit insolvency, the middle-class will be in the same predicament as the poor with anti-austerity and anti-globalisation slogans.

– Disruptions Are Coming –
The hidden agenda requires emergencies to justify more bad policies to be enforced.
Remember the rulers use crises to change the rules.
Fear Not.
It is all fraud and deception, realize that, then say NO. ~Ron
§

IN AN ERA OF FINANCIALIZATION, WHO REALLY OWNS THE US CORPORATION? 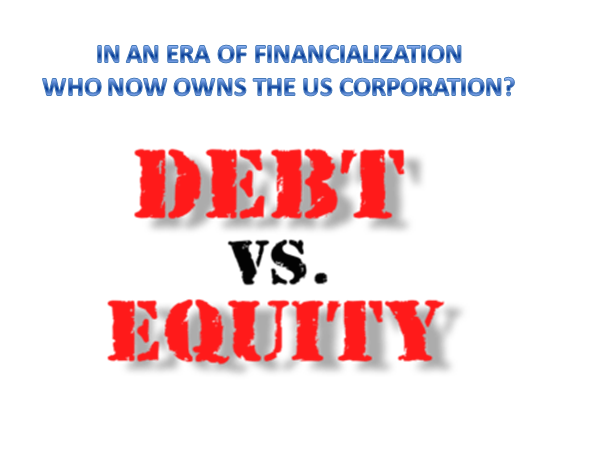 Over the last 10 years, S&P 500 corporations have returned more money to shareholders via share buybacks and dividends than they have earned.

Why Do Corporations Buyback their Shares?

Since the advent of Quantitative Easing we have witnessed unprecedented levels of stock buybacks by US Corporations. Buyback  volumes have surpassed $1 Trillion in five short years as corporate executives have been forced by financialization of the economy to flock to a buyback strategy.

Why the dramatic shift?

During times of low interest rates it is sound strategy to increase corporate leverage, as long as the debt is employed judiciously so that the incurred debt can be safely handled when rates eventually and often unexpectedly go up. Unfortunately, what is occurring is that debt is not being invested into productive wealth generating assets but rather into reducing the equity capitalization of the corporation. There are potentially major longer term economic, political and financial ramifications from this occurring.

By buying back shares corporations blatantly promote better EPS (Earning per Share) for the same or falling earnings. This Wall Street welcomed,  superficial ‘slight of hand’, often has the effect of driving up share prices, which is the critical “currency” of the modern corporation which they employ for both acquisition and maybe more importantly for protection from takeover raiders.

Its About Dividend Payout versus Dividend Growth

A critical element of corporate rationalization for the strategy adoption few investors appreciate is actually about the reduction of the cumulative amount of Dividend payout while showing the dividend payout percent to be increasing on a per share basis. In a world starved for yield with over 70% of global bonds with negative yields, and almost all global bonds paying negative real bond yields, this can make US equities very attractive to yield global investors. The best performing DOW Industrial stocks have consistently been those with attractive dividend payouts. Through the use of complex derivative strategies, dividends are often economically stripped out by clever financial institutions so they have no exposure to the underlying equity price.

Today corporations have become so addicted to this strategy, as their free cashflows & EBITDA continues to fall that more and more corporations are issuing bonds solely to buyback shares and pay the shareholder dividend.

Over the last 10 years, S&P 500 corporations have returned more money to shareholders via share buybacks and dividends than they have earned.

Who Makes the Risk Free Money?

Some new investors may need to be reminded that all debt interest owed is paid before one cent of profit is ever earned. Interest is paid based on the corporate capital structure with Senior Secured Debt holders paid first down the ladder to the Preferred shareholders. Debt holders are always paid unless bankruptcy protection occurs. They effectively “milk” debt burdened corporations while equity investors “hope” for a rising stock price based solely on a perceived winning corporate strategy pumped out by the Wall Street marketing apparatus.

Who Really ‘Owns’ the Corporation in an “Era of Financialization”?