A hierarchy of ruling class and servants, is not new, that’s Déjà vu.

After 9-11, my ears hurt and my frustration soars as I repeatedly hear individuals express their disbelief and shock that “today“, (in the 21st century), here in [pick the country: America, European Union members, Venezuela, etc.] human rights are ignored as the boot stomps on citizens faces, as Orwell wrote in his 1984 book…

What will it take to snap citizens out of their mass delusion about institutional governance within the current international monetary system?
Are citizens capable of seeing central banking with their protection racket?
What will it take for workers, men and women in uniform to ask themselves does this command contradict what is right – am I working for disguised expensively dressed criminals?

Know the difference between wrongs and rights, regardless what the job demands you to do. 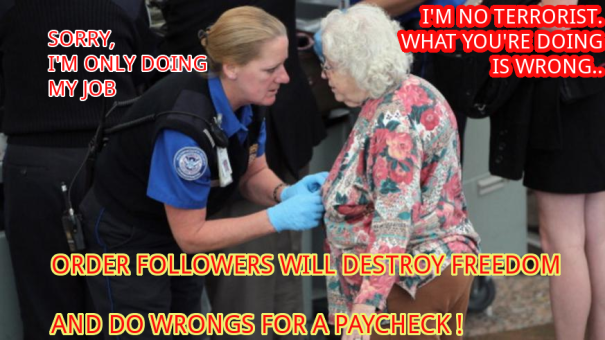 But, again and again, I continue to hear individuals from all countries say, “It can’t happen here”:

Many more examples of tax hikes, state secrets, sealed and/or redacted documents, hidden horrors, institutional crimes and crimes against humanity could be listed, but over and over again I hear individuals saying they can’t believe it is happening!

The U.S. government has one of the loudest megaphones when their officials or public relations’ paid deceivers speak via mass media outlets. Their flowery, humane, and honorable rhetoric have hidden their criminal activities for centuries, but patriotic citizens believe their official lies and justifications as wars are labelled “unavoidable” and in the best interest of humanity.
Their official narrative weaves the deceptive story as heroic policemen and troops protecting the world, democracy, and the rule of law.
Oh – what rubbish! 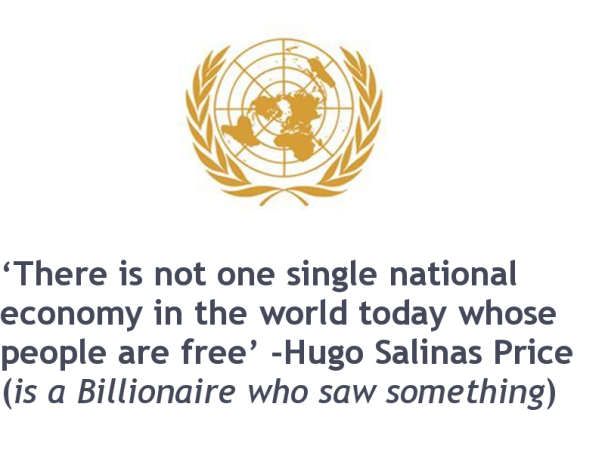 “No one is more enslaved than those who believe they are free.” Anonymous

Spain’s officials claim to uphold the “rule of law” when masked policemen bash in doors and harm voters in Catalonia.
Rather than allowing the non-binding referendum to be voted on, officials think bashing heads and other acts of police violence is deemed appropriate.

I could rant on about institutional governance and its many deceptions, but I would rather have discussions about alternatives and self-governance.
To those who can’t imagine alternatives, I say remember job walkouts, tax boycotts and peaceful non-compliance are options available when you say enough already – I do not consent!

To remove your chains you must first be aware of them.

BE AWARE OF THEM.