Will 2018 be a tumultuous year for the markets and governments?

I am pondering what happened in 2017 and what to expect in 2018.
Last year was a year with social media outing the false flag epidemic and the illusion of truth in corporate NEWS media.

This post isn’t about divisive partisan politics.
No, this is about you and the mass awakening creating a social phenomena where each individual embrace the right to self determination (self-govern), research MSM NEWS, that was once trusted with journalistic integrity and ethics, to reveal government crimes, fraud, corruption and abuses, whereas MSM news is now known to be fake news propaganda mechanisms.

Where millions of individuals are now searching for the truth after discovering news media and corporate-governments have been deceiving them for many generations.
Where everyone have heard about George Orwell’s warnings, the Orwellian nightmare governance with propaganda newspeak.
Where everyone, except corporate-government officials, want the truth and nothing but the truth.
Where the scrutiny and doubt surrounding all MSM NEWS reports has left the propaganda machine in the toilet.
CNN’s slogan: “The Most Trusted”… was shattered and is in a crumbled heap, and the other news corporations have declining viewers.

The derisive remarks no longer work, the “conspiracy theorist”, the “tin foil hat”, and the “you heard that on the internet”, have now become “Oh, you heard that on CNN”, or “you heard that propaganda from the news”, it is fake news.
Acceptable social behaviour is now to question, investigate all corporate news reports to reveal deception, or dare I say “fake news” psyops and CIA (and other intelligence) networks such as found at CNN, New York Times, and other outlets.

“ending all forms of modern slavery”

Interestingly, Trump’s White House proclaimed January 2018 as the National Slavery and Human Trafficking Prevention Month.
[Ed. 01 Jan 2018: Former U.S. Pres. did the same, perhaps we, the People can make 2018 different?]
I point out that the legal regulation of the Federal Reserve monetary system with elite private banks as masters, is a form of debt slavery that the government must abolish.
END THE FED in the Month of January 2018!
Trump’s proclamation fails to mention debt slavery, or the Federal Reserve or the monetary system.

You can read the document from the White House webpage: https://www.whitehouse.gov/presidential-actions/president-donald-j-trump-proclaims-january-2018-national-slavery-human-trafficking-prevention-month/

[…] Our Nation is and will forever be a place that values and protects human life and dignity. This month, let us redouble our efforts to ensure that modern day slavery comes to its long overdue end.

NOW, THEREFORE, I, DONALD J. TRUMP, President of the United States of America, by virtue of the authority vested in me by the Constitution and the laws of the United States, do hereby proclaim January 2018 as National Slavery and Human Trafficking Prevention Month, culminating in the annual celebration of National Freedom Day on February 1, 2018. I call upon industry associations, law enforcement, private businesses, faith-based and other organizations of civil society, schools, families, and all Americans to recognize our vital roles in ending all forms of modern slavery and to observe this month with appropriate programs and activities aimed at ending and preventing all forms of human trafficking.

IN WITNESS WHEREOF, I have hereunto set my hand this twenty-ninth day of December, in the year of our Lord two thousand seventeen, and of the Independence of the United States of America the two hundred and forty-second.

The comments I have seen, thus far, are inferring this proclamation is the effort to end pedophile and human trafficking rings. But let us remember debt bondage is the foundation of the international monetary system (IMS) enslaving mankind.

So, the worldwide epidemic of corporate-government corruption could potentially topple the globalists’ agenda as the public scrutinize influential officials for crimes.
Trusted institutions have been found to be untrustworthy and this is the new-normal on social media.

And there are no current American public figures who has as much dirty laundry with trails of political murders for protection as the Clintons.

Where is Hillary Clinton now?
Is Hillary in prison yet?

Personally, I doubt the institutional criminal machinery can allow the courts to criminally investigate the Clintons with so many financial connections to international corporate crimes potentially revealed to the public.
Remember the phrase “Too Big To Jail“.
I imagine Hillary Clinton finally read her marching orders.
To disappear, to shut the “F” up!
Because her overlords may be angry with her and Bill Clinton.
Has Hillary Clinton finally P.O. the bosses above her and in other countries?
What boss wants a failure around?

Thus, I think it is likely that Hillary Clinton will suddenly disappear for some reason, maybe for a medical illness or a death statement may be splashed across headlines to shut-down the public investigations via popular social media. Will that be enough to shut-down the mass social media scrutiny of the Clinton foundation criminal connections?
I do not know.

But, I think the new normal has social media distrusting everything coming from institutions.
Who could be sure that Hillary really died and what if the death report is fake?

Consequently, censorship and propaganda may ramp up in the year 2018 in defense of the establishment.
Attacking social media as a threat to the state and lumping all conspiracy researchers into the so-called “alt-right” conservatives’ and nationalism camp as enemies of the state along with the dreaded grassroots populism.
This appears to be the “red pill” meme demonized as crazy conspiracy theorists.
The state sponsored psyops and disinformants appear to be orchestrating infighting and division in the truth seeking social media platforms. Doggedly keeping derogatory labels flying in comments and chat boxes.

In my gut, I have mixed emotions about the coming year, with both a bad feeling about attempts to escalate wars, throttle down social media and the conspiracy research by censorship or other internet changes, and yet I’m also excited about the awesome potential for social awareness and mass awakening.

Follow The Money!
The Money Trail leads to the crime lords and slave masters. 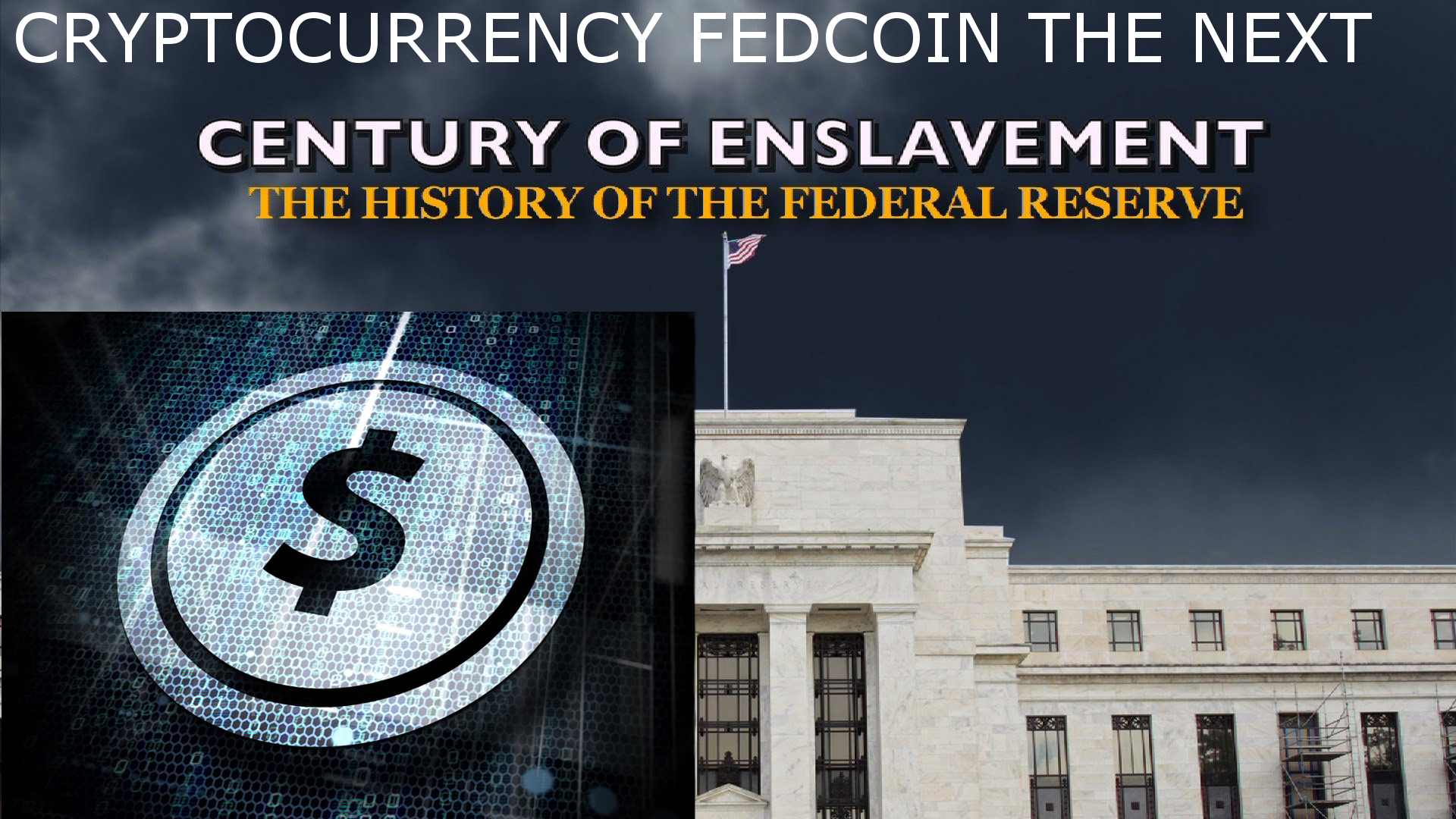 If you haven’t heard about all those connected funded projects and their dire social consequences, then why not?
Is it because the corporate MSM succeeded in keeping this financial global script from becoming household topics?

If these documented facts were headlined and repeatedly reported on a daily basis then the majority of the public would be aware of the globalists’ plans.
The Supranational NGOs and think-tank Meetings would be known to everyone as the non-elected permanent establishment (ruling class) drafting policies and funding projects that develop regions and technologies worldwide.

The institutional mantra is to leave the thinking to the policy makers and keep the citizens entertained, ignorant, divided, and in fear. WOW, that sums up main stream media!
That is how effective social engineering works and how the path for civilization is engineered.

The scripted path for civilization with awesome new disruptive technologies was developed as the foundation for the emerging A.I. cashless economy.
The digital foundation, costing billions, has been built and tech-experiments are ongoing.

Technocracy is alive and well:
Supercomputers, algorithms and blockchain technologies are poised to lead the globalists’ technocratic charge!

That is interesting, isn’t it?
Aren’t you feeling a sense of anticipation for the year 2018?

Social media scrutiny isn’t going away, if my observations are correct distrusting institutions will be the new-normal.
Where governments don’t trust citizens and citizens don’t trust governments.

In 2017 many of us started sensing that the corporate-government propaganda machine was crumbling and I hope this accelerates.

My wish is that the globalists can no longer control the narrative and no longer hide their destructive world order activities.
The institutional crisis continues as the globalists’ script, hidden agendas, fraud and corruption are revealed by conspiracy researchers.

The U.S. government is feuding with Americans who are at each others throats in a fierce political battle to control the government and return to the so-called rule of law or embrace globalism.
There is much more to this than I am willing to detail here, but the MSM over-simplifies it as far-right conservatives versus the progressive left liberals, or alternative media simplifies it as nationalists vs globalist.

The truth seeking Americans want Hillary Clinton in jail for her documented crimes, cover-ups, and suspicious murders.
Her bosses may have to make her disappear before she reaches court to prevent her from revealing more hidden truth of fraud and connected corruption in the highest supranational corporate offices around the world.
The Clinton’s financial connections are liabilities that could be wiped away with her disappearing act.

Citizens in every country want corporate-government fraud and corruption to end.
The People want the wars and suffering to end.

Doesn’t that add some high expectations for the coming 2018 year?
Isn’t that interesting globalist geopolitics?

For all these reasons and many more, I wish to see the worldwide mass awakening.
Please Share research, documents, and the corporate-government activities to accelerate and amplify awareness.

Below are video reminders that the globalists plan to disrupt the markets and install the updated version for the IMS (International Monetary System):

Title: The Economic Tranisition Is Nearing Completetion Before The Crisis Hits – Episode 1460a
Posted 30 Dec 2017 by X22Report

4 comments on “2018 Swampy Globalist Geopolitics Scrutinized By The People”