Home › Freedom-Expressed › Eyes On Secession Movements Around the World

Eyes On Secession Movements Around the World

With the threats of state sponsored terror, globalisation and sustainability agendas, the technocrats, oligarchs, and politicians have corporate governance poised to control the world.
Americans living in California are threatened by this too.

Much of what I have read about California’s secession appears to be centered around proposals to either divide California into 2 or 3 independent States.

In my opinion, at the center of the opposing politics is the corporate banking control of California’s coast (shaded in green for conceptual illustration only, the wealthy and densely populated San Fran, Hollywood, and San Diego regions are along this coast) and the governing capitol in Sacramento are firmly held. With high tech Silicon Valley and Hollywood influencing most legislation and politicians, the grassroots secessionist movement has grown rapidly over the last decade in opposition. 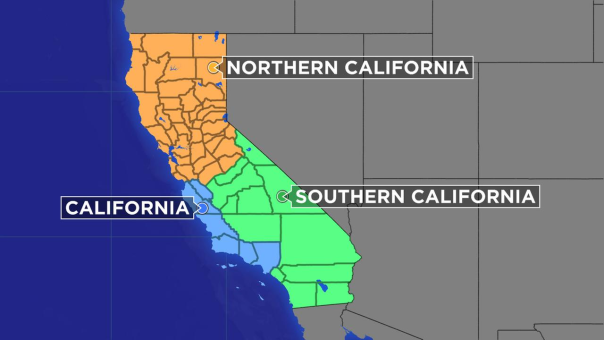 But, a recent development has been the globalists’ rift with immigration/border security, and individual liberty (free speech/right to bear arms/ect.; apparently, U.S. President Trump’s policies supports this for the moment) as simultaneously the MSM promoted social agenda is so divisive with corporate funds in support of the LGBT & SJW in new legislation, education programme, mass media and mass entertainment.

And do not forget about the burdensome debt and Pension Fund problem with CalPERS, that threatens all retirments and taxation in California.

With the above taken into account I am considering the likelyhood that California may become the hot potato, politically.

Isn’t This A Likely Forecast?

If the IMS’ economy doesn’t recover, States usually go to war.
When you consider the vast trillions of dollars affected in this non-virtuous economic system, factions will want to protect their wealth with armed opposition.

Below, I list a few webpages reporting on Secession Movements in various regions on earth.
In the months and years ahead I hope more truth seekers will share grassroots movements in their community and the opposition to the globalisation agenda that tramples individuals’ rights and sovereignty.

The already tense world stage is still recovering from the latest sudden eruptions of national secession in Europe, with Scotland only 5% of the population away from burning their bridges with the United Kingdom, and the violent Catalan demands of independence seemingly reaching a long-drawn stalemate. But while we patiently wait to see where those currents will turn up, let’s take a look at some more slow-burning embers of regions around the globe planning to change the borders we are so familiar with at this point.

BARCELONA, Spain — A Spanish Supreme Court judge on Friday ordered five Catalan politicians to be detained without bail, a decision that reignited tensions in the region as the central government struggled to quell the secessionist movement in Catalonia.

The judge, Pablo Llarena, also issued international arrest warrants for six other Catalan politicians, including Carles Puigdemont, the former leader of Catalonia, who had fled to other countries to avoid prosecution in Spain.

State prosecutors want to sentence Mr. Puigdemont and other Catalan politicians to decades in prison for violating Spain’s Constitution during their secession drive […]

The Texas Nationalist Movement’s mission is to secure and protect the political, cultural and economic independence of the nation of Texas and to restore and protect a constitutional Republic and the inherent rights of the people of Texas.

[…] Thus, it’s not shocking that The Washington Post has now featured a study of secession movements which shows that they are proliferating. There really are more of them now than in the past:
The new in vogue term, apparently, is “sovereignty referendums”
[…]
Given the perpetual lip service paid by modern states toward “democracy,” it’s becoming increasingly difficult to dismiss sovereignty referenda without looking hypocritical.

The realization that secession can alleviate intrastate conflicts would not come as news to Ludwig von Mises who advocated for referenda as a tool in secession and the readjustment of national borders to align with nationalist, linguistic, and cultural trends.

Sometimes, Mises noted, the only way to protect the rights of minority groups is for them to secede from one state, and perhaps join another.

3 comments on “Eyes On Secession Movements Around the World”