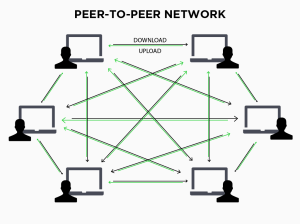 Kim Dotcom announced on Twitter his desire to create a new social network to replace the platform, along with fellow social media platform Facebook.

Dotcom, who rose to fame in Germany in the 1990s as an internet entrepreneur, said that instead he wanted to start a decentralized platform that governments could not control, calling the two channels “deep state conspirators”.

I would like to invite top security experts like @JulianAssange, @Snowden and members of the @ccc to join together in creating a secure social media platform that will replace the deep state conspirators Facebook & Twitter. After years of betrayal it’s time for something better.
— Kim Dotcom (@KimDotcom) June 5, 2018

“All it takes is a real alternative with real privacy protection and zero censorship from a trusted source and Twitter will become the next MySpace, an online ghost town”… – businesscloud.co.uk

Kim Dotcom, Founder of the already defunct file hosting service Megaupload, will be launching a decentralized social media platform that will aim to be outside the control of any government from around the world.

The information has been released by Kim Dotcom on his Twitter account on June the 3rd. He said that after launching K.im, a content monetization system, MegaNet will be working on a decentralized social media platform that will be “outside the control of US Empire or any Govt.”

Title: REAL video is TAKING OFF as a free speech video platform!
Posted 27 Jul 2018 by variety

“Alright, this is huge news for content creators and especially those who have been banned by YouTube or Facebook – which basically includes pretty much every successful content creator these days, especially those who have conservative voices, pro-liberty voices, pro-second amendment voices and so on. So, my name is Mike Adams – you might already know that.

I am launching a new YouTube alternative that protects your free speech.
I have a history of launching successful programs.
I am a former software company CEO – I founded a software company back in 1993. Then I sold that off and have been running Natural News for many years. Then I built a multi-site platform over the last couple of years – well we completed it about a year and a half ago – it took about two years to develop that program and it now powers the 300+ websites now that we publish… –Mike Adams (AKA The Health Ranger)