This is not a recent problem, U.S. Elections has been rigged for centuries.
The Deep State funded a uniparty duopoly of American politics.

But corporate lobbying, funds, and digital voting made elections so much easier to rig!

Read the Politico report:
Ukrainian efforts to sabotage Trump backfire Kiev officials are scrambling to make amends with the president-elect after quietly working to boost Clinton. By KENNETH P. VOGEL and DAVID STERN 01/11/2017

“The Ukrainian efforts had an impact in the race, helping to force Manafort’s resignation and advancing the narrative that Trump’s campaign was deeply connected to Ukraine’s foe to the east, Russia.”

And note the members in support of the Hillary Clinton Operation in Ukraine and at the Atlantic Council:

Then enters the whistleblower, Mr. Andrii Telizhenko, who worked as a political officer in the Ukrainian Embassy under Shulyar, said Oksana Shulyar instructed him to help Alexandra Chalupa research connections between Trump, Manafort and Russia. In violation of ethics and possibly U.S. Elections regulations.

“They were coordinating an investigation with the Hillary team on Paul Manafort with Alexandra Chalupa,” he said, adding “Oksana was keeping it all quiet,” but “the embassy worked very closely with” Chalupa.
[…]
Telizhenko recalled that Chalupa told him and Shulyar that, “If we can get enough information on Paul [Manafort] or Trump’s involvement with Russia, she can get a hearing in Congress by September.”

Apparently, Manafort and the Trump campaign was set-up which led to Mueller’s special counsel persecutions of the Trump Campaign Team.

When you dig into the nefarious connections you find

Follow the money, and research the connections.
These facts contradict the FBI and MSM fake news narrative.

America needs a lot of Sworn Affidavits, De-classified documents, Hillary’s emails and DNC computer servers made available to the public.
Then remove the criminals from office.

Title: The WEIRD and THREATENING call I received trying to SHUT DOWN my #UkraineDNC reporting
Re-uploaded 27 Aug 2018 by Ron Gibson
[…] 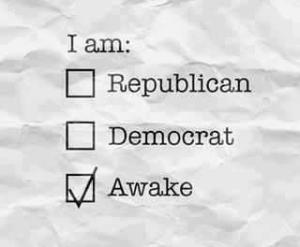 U.S. Voters: How Low Can You Go

Lawsuit Against U.S. Political Party (DNC) For Fraud! Is Hillary Clinton Next?

What Is Wrong With This U.S. Presidential Campaign? Good People Everywhere Know The Answer To This Question:

MIND TRAP: Voters Joining A Team And There Remains The Deceptive Divide

Is The U.S. Dept Of Homeland Security (DHS) Criminally Guilty Of Attempting To Crack Into Georgia’s Secure Election Database?

The U.S. Government Criminality Has Escalated To The Stage Where They Literally Murder Whistleblowers In Front Of Us!