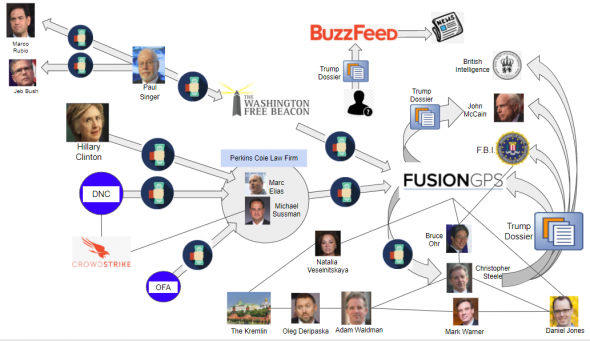 The Golden Shares & The Crown… 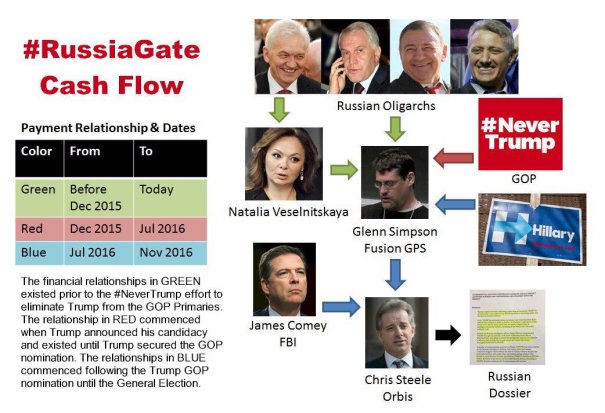 Americans Must Face Both The National and International Swamp Rats.

Consider Who Is Funding and Orchestrating Regime Change in The U.S. …

Does The poisoning of Sergei Skripal lead right to Hillary Clinton?

Never Trust Government:
“The real owners are the big wealthy business interests that control things and make all the important decisions.
Forget the politicians, they’re an irrelevancy. The politicians are put there to give you the idea that you have freedom of choice.
You don’t.
You have no choice.
You have owners.
They own you.
They own everything.
They own all the important land.
They own and control the corporations.
They’ve long since bought and paid for the Senate, the Congress, the statehouses, the city halls.
They’ve got the judges in their back pockets.
And they own all the big media companies, so that they control just about all of the news and information you hear.
They’ve got you by the balls.
They spend billions of dollars every year lobbying — lobbying to get what they want.

Excuse me, Madame President, please read The Duran, themarketswork, and…

This Election Rigging Has Nothing To Do With The Russians: 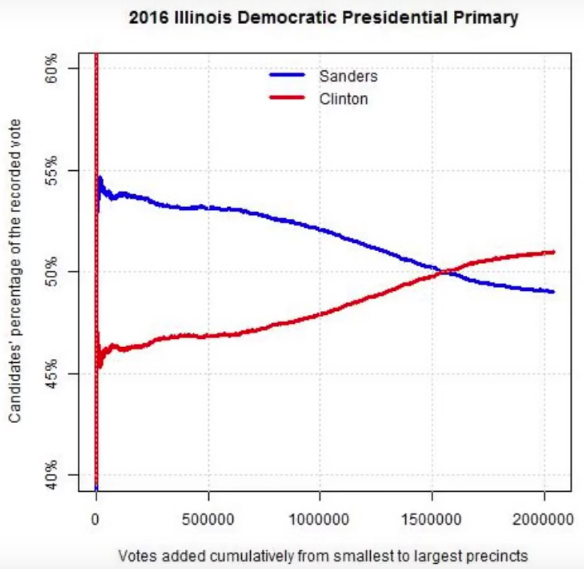 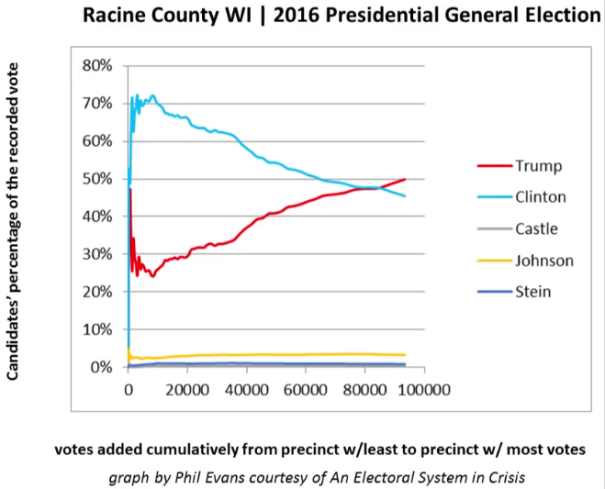 Oops, this is evidence of 2016 Election tampering that favored a Trump victory in Racine county. Many thanks to Chris Martenson for sharing these 2016 statistical election analysis charts.

My oh my, now do you see why we don’t trust politicians or the government?

For Freedom, the future of governance is not governments.

Meanwhile, the fight for control of the U.S. continue, and there are so many rabbit holes and deceptive narratives that I simply need to discuss some of the hard work others are sharing.
And this is a small collection that may help me and others gleam some clarity of truth to assist us in navigating the dangerous path ahead.
§

Open to the public and audio recording available. Everyone waited for more than 2 years and this is still only at the preliminary hearing stage because the court refused to hear the case after Debbie Wasserman’s attorney filed the court lacked jurisdiction…
No video permitted! 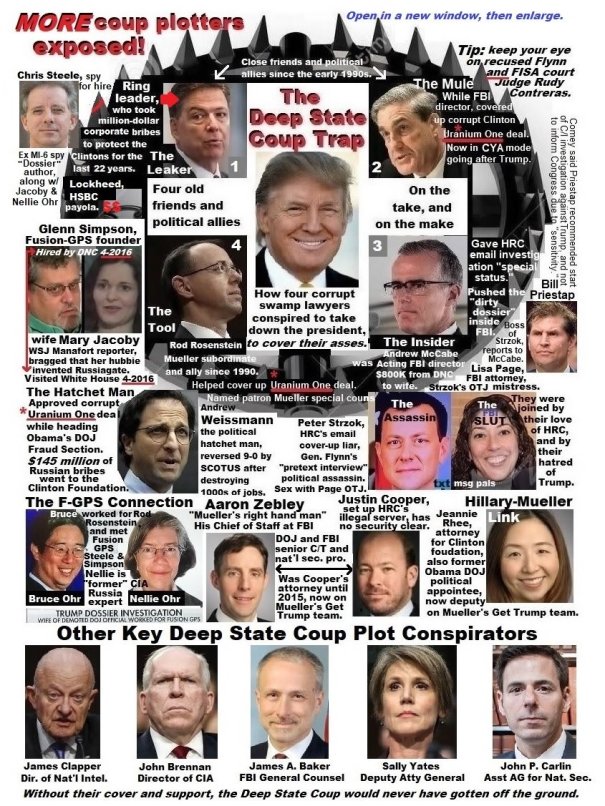 The rats in power, Rigged It So Hillary Would Be President and they believed Hillary couldn’t lose!

Many resources went into this illegal operation, because they knew that Hillary Clinton was the fully compromised criminal proven to obey all their unethical commands.

Apparently, the great reveal from Hillary’s classified home computer server to conduct Federal Government Business not only violated the Department of State’s policies, and the U.S. Espionage Act, and granted access to Russia and China and other foreign states both enemy and ally to the U.S., but the U.S. Intel and Law enforcement agencies (FBI, DOJ, and the White House) knew this is what Hillary Clinton was doing as massive sums of money was laundered through the fraudulent Clinton Foundation Charities!

What kind of government was the Obama regime and what kind of regime would have Hillary installed?
Open the bank vaults and funnel the money laundering machine to fund a Clinton White House alongside the rest of the controlled U.S. Puppet State into ruins, while building the global throne for China and world order.

What? You haven’t read that official story in the Times, nor heard it on CNN, the most trusted news in the world?

Haul Hillary into criminal court to answer questions under oath and see if she will commit perjury or remain silent.
{I wonder what has happened to the U.S. Puppet Statehood under the TRUMP WHITE HOUSE?
We still see obstruction from all branches to public disclosure, justice and to Trump…}

Do you recall Hillary’s declaration of obedience to the CFR? 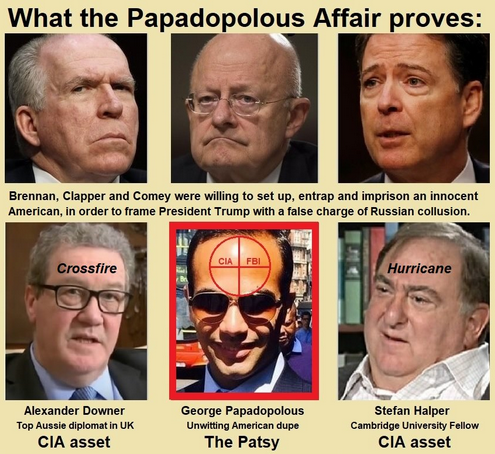 Mr. Papadopolous may be the patsy thrown under the bus by the Hillary faction but his unsolicited mission for joining the Trump campaign remain suspicious along with his shady connections…

Read the Politico report:
Ukrainian efforts to sabotage Trump backfire Kiev officials are scrambling to make amends with the president-elect after quietly working to boost Clinton. By KENNETH P. VOGEL and DAVID STERN 01/11/2017

“The Ukrainian efforts had an impact in the race, helping to force Manafort’s resignation and advancing the narrative that Trump’s campaign was deeply connected to Ukraine’s foe to the east, Russia.”

And note the members in support of the Hillary Clinton Operation in Ukraine and at the Atlantic Council:

Then enters the whistleblower, Mr. Andrii Telizhenko, who worked as a political officer in the Ukrainian Embassy under Shulyar, said Oksana Shulyar instructed Telizhenko to help Alexandra Chalupa research connections between Trump, Manafort and Russia. In violation of ethics and possibly U.S. Elections regulations.

“They were coordinating an investigation with the Hillary team on Paul Manafort with Alexandra Chalupa,” he said, adding “Oksana was keeping it all quiet,” but “the embassy worked very closely with” Chalupa.
[…]
Telizhenko recalled that Chalupa told him and Shulyar that, “If we can get enough information on Paul [Manafort] or Trump’s involvement with Russia, she can get a hearing in Congress by September.”

Apparently, Manafort and the Trump campaign were set-up in a elaborate trap which led to Mueller’s special counsel persecutions of the Trump Campaign Team. 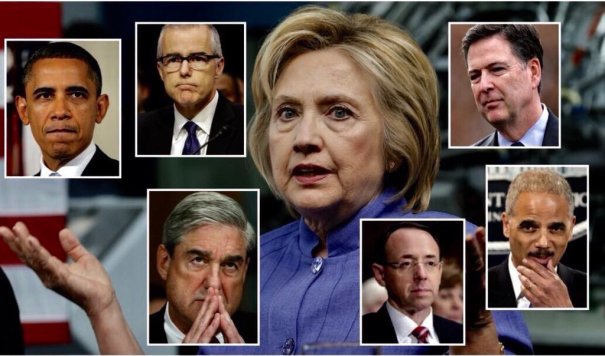 Massive international crimes and cover-ups, they were with her.

When you dig into the 2016 Elections’ nefarious connections you find:

Follow the money, and research the connections.
These facts contradict the FBI and MSM fake news narrative.

So months ago, when I wrote that this conspiracy implicates the entire international monetary syndicate and super-powers, thus some low-level executives and officials are likely to take the fall, to protect the establishment and the “system”.
I thought Hillary would disappear to lull the public back to sleep.

I am surprised that the spygate scandal and the Mueller led Special Counsel continue revealing the lawlessness and disregard for the Constitution.
I have this sick feeling each time I see Hillary still campaigning a Rage against Trump as if the 2016 campaign never ended.
The longer this open wound is allowed to fester, the more dangerous it becomes.

Indeed, every passing day more of the criminal institutional apparatus is revealed to Americans and the world. Such as the media propaganda, thought shaping, controlled narratives, rage campaign all targeted at President Trump in violation of FCC licensing and communications regulation.

After 9/11 the Patriot Act and NDAA policies allowed for many transgressions on the U.S. Constitution with mass surveillance and propaganda in America, and now we see why.

Many truth seekers are asking, have the deep state delayed too long in removing Trump from the White House?

On the flip-side many ask, was Trump too naive and trusting believing in the Department of Justice? 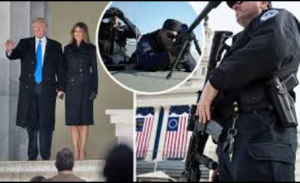 The “Insurance Policy” may have been two-fold, 1. Indict Paul Manafort before November 2016 General Election (Hillary wins by default),

Title: Trump Insurance Policy for Dummies
Posted 11 Aug 2018 by Headlines With A Voice

And 2. Political assassination after inauguration – In America, when it is said that an organization took a secret insurance policy on someone, it means a contract for murder. From the first revelation that text messages among FBI officials had a “insurance policy” on Trump, the murderous meaning has been down-played.

Is political assassination still a possibility?
If you question the sudden death of Secret Service special agent (Nole Remagen died 15 July 2018, while on an executive protection detail for the National Security Advisor during a presidential visit to the Turnberry golf resort in Ayrshire, Scotland), then you may consider attempted assassination a very real possibility…

Title: NASA’s Creepy MSG to POTUS
Posted 11 Aug 2018 by Headlines With A Voice

Was there a failed 2017 assassination attempt in Washington DC?
I remember that a controversy arose about the previous Presidential inauguration general retired suddenly to insert a new security detail, and much later it was revealed many security cameras’ programming script were compromised by foreign chips and a foreign cyber attack or something bizarre like that, here is a related report I found for this report:
Foreign hackers hijacked most DC police security cameras…

No, really – this is deadly serious.

Did the Trump faction deploy a counter rigging method, and if so will it be obsolete for the 2018 Elections?

So how this American Institutional Crisis will end is unknown because there are too many untrustworthy elements in government and too many secrets keeping the American voters in ignorance.

But the public domain evidence reveals a international fight for control of the U.S. Puppet State continues in spite of Trump’s White House. Just when some retired officials claimed the Trump faction won, the resistance fighters was declared from Hillary’s lips, the corporate media, “Progressives” from the Democratic Party, and the “Never Trumpers” Republicans In Name Only (RINO), and the EU globalists, and the Canadian globalists, and the China globalists.

Trump has known these power factions for decades, he has or had business and social relations with them.
So did Trump bite off more than he can chew?
Or will the Trump faction succeed in defeating their opposition?

I wish I knew what Trump’s goals were for after he won the White House.
Because then I would know if he truly intend to “lock her up”!

Unless many criminals (Constitutional Oath breakers) are removed from office, How else can America move forward?

America needs a lot of Sworn Affidavits, De-classified documents, Hillary’s emails and DNC computer servers made available to the public in a real criminal investigation.
Then remove the criminals from office, before blood flows from a failed state.

Is the faction protecting President Trump up to the task of removing Robert Mueller’s Special Counsel, Rod Rosenstein, Federal Judge Rudolph Contreras, and others in powerful offices opposing the U.S. Constitution?

Maybe a failed state is inevitable for the U.S..

Title: The WEIRD and THREATENING call I received trying to SHUT DOWN my #UkraineDNC reporting
Re-uploaded 27 Aug 2018 by Ron Gibson
[…]

Listen To This Story About Government Factions and Trump:

I am not vouching for the validity of the story, but rather asking you to consider if ‘Trusting’ governments is the right thing to ever do.

Thank you for reading this far into the dark, puzzling international conspiracy that is active in America today. I don’t enjoy sluething spy vs spy and corrupt institutions. Which is why I leave it to others, and I focus on the money cartel’s attempt to “reset” their fraudulent monetary system. This discussion relied upon others who follow the political crime scenes in search of the truth. Perhaps some deception or false narratives need to be corrected, please share source material in the comments.

I wish for a less stressful and hateful society after the 2018 Elections, until then I wonder what kind of election fraud and tampering could occur to throw the results into question.

2 comments on “The Cross-Atlantic-Swamp Connections”