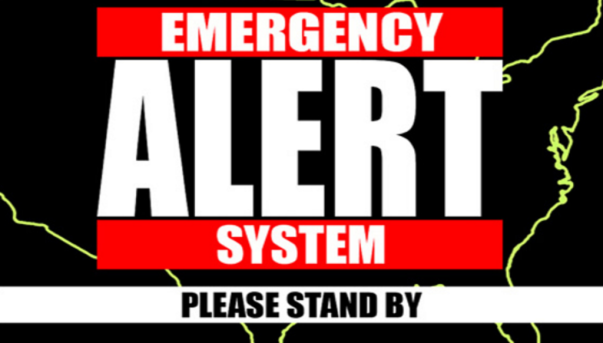 The invasion was successful, the infiltration and compromise of the U.S. happened decades ago.
Now the threat is very real.
But, Americans still have a fighting chance…

“We, the CIA and the intelligence community had collected a fair amount of information in the summer of 2016 about what the Russians were doing on multiple fronts. And we wanted to make sure that the FBI had full access to that.” –John Brennan on Meet the Press 4 Feb 2018

“Right. We put together a Fusion Center at CIA that brought NSA and FBI officers together with CIA to make sure that those proverbial dots would be connected.” -Brennan

On the staged show, the disgraced Brennan said the intel’s “incidental” collection and unmasking during surveillance were handed over to the FBI because the FBI could legally investigate. Brennan went on to say,

“I will leave it to the lawyers and the courts to decide whether something is criminal or not. But in my mind, it requires someone to knowingly support the efforts of a foreign government to interfere in U.S. domestic politics and especially an election.
And so, any American who was working with the Russians, or working with intermediaries who are working with the Russians, and those Americans who knowingly tried to collude, conspire and to work with them in order to advance their political objectives here in the States, I think that rises to the level of conspiracy.

…Now, a lot depends on what Robert Mueller has been able to uncover. Maybe there’s none of that.”

Brennan then decided which targets to be handed over to the FBI’s investigations to make everything appear “legal”.
Thus, Brennan’s definition inadvertently fingered Hillary Clinton and the DNC as guilty of conspiracy and should be criminally indicted, Hillary and her DNC cronies did everything Brennan claim to make a conspiracy “to knowingly support the efforts of a foreign government to interfere in U.S. domestic politics and especially an election“.

Dig further into the actual findings and you will discover that Admiral Rogers stumbled upon the unlawful operation that were illegally accessing and funneling the Intel data to private contractors, and he then informed the FISC [U.S. Foreign Intelligence Surveillance Court] of this violation.

Private Intel contractors like Fusion GPS and others, some corporations we may never have heard of, were given secret surveillance information illegally. 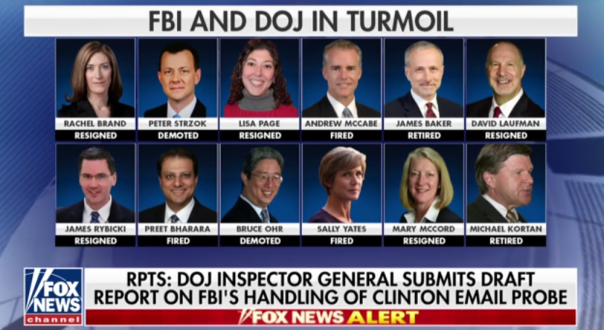 Can You Recognize Corruption When You See It?

Last week, reports were made public that the FISC routinely, or at least in all the four FISA warrants granted permissions to spy on everyone within range of an American by the name of Carter Page who “conveniently” volunteered to work for the Trump Presidential campaign.

Isn’t it too criminally convenient for the FBI & DOJ to violate procedures and protocols to omit central evidence and also not verify allegations prior to presenting to the court?

Isn’t it too corruptibly convenient for the FISC judges to violate court’s ethics by not questioning (with skepticism) the FBI’s allegations and claims?
[By statute, the court is ordered to not be a ‘rubber-stamp’ in these affairs.]

Who believes in coincidences?

Anyway, everyone within camera, audio, and telecom range of Mr. Carter Page were being spied upon, and this included everyone in Trump tower and incidental to Mr. Paul Manafort.

So there the evidence is, bluntly stated, Americans’ privacy lost.
With No Respect for the U.S. Constitution and Americans’ Freedom.
And this isn’t over, expect more legal jeopardy for President Trump, family and associates, and the bitter political-rage and propaganda campaign intentionally fomenting the U.S. government crisis.

If the U.S. Presidential candidate Trump had no privacy rights as an American, then there are No Constitutional Protected Rights and no freedom in America!

Let that sink in, and contemplate the full implications of John Brennan’s spygate Operation ‘Crossfire Hurricane’.
This crisis and scandal is about so much more than President Trump.
The Billionaires’ International Club is connected, and you don’t have to search long before the names of:

with connections to U.S. Senators, Barack Obama, Hillary Clinton, Robert Mueller, James Comey and other high level officials in or formally in government.

Are Americans finally waking up to the horror inside the U.S. Government? 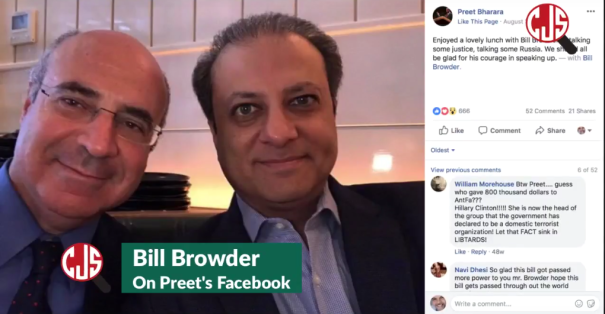 William Browder, American Oligarch (who changed his citizenship to the UK to avoid taxes, and his grandfather, Earl Browder, was the Head of the Communist Party) Browder has connections to both the Russian Oligarch Mikhail Khodorkovsky, and the fired NY FBI Federal Prosecutor Preet Bharara.

Was Preet Bharara the handler of FBI informant Carter Page to convict Russians in a prior case before the Trump campaign?

Apparently the FBI used Carter Page as a useful idiot to target the Trump campaign and get a FISA warrant and three additional renewals to secretly spy on everyone connected to Trump.

Title: How does Preet Bharara fit into #Russiagate / #Spygate?
Posted 03Sep2018 by OpenMind 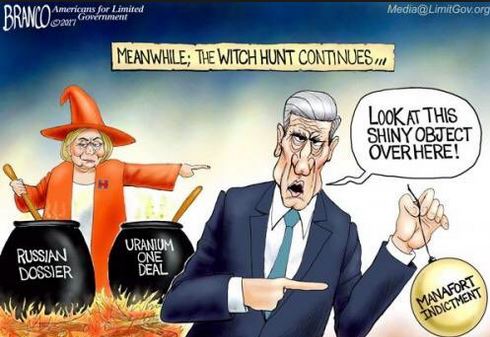 Without Criminal Indictments of Hillary Clinton and her enablers & handlers this is nothing more than a unprosecuted crime story chronicling the destruction of America.
§

RELATED:
The U.S. Government Criminality Has Escalated To The Stage Where They Literally Murder Whistleblowers In Front Of Us!
https://ronmamita.wordpress.com/2017/05/28/the-u-s-government-criminality-has-escalated-to-the-stage-where-they-literally-murder-whistleblowers-in-front-of-us/

Lawsuit Against U.S. Political Party (DNC) For Fraud! Is Hillary Clinton Next?
https://ronmamita.wordpress.com/2016/08/12/lawsuit-against-u-s-political-party-dnc-for-fraud-is-hillary-clinton-next/

Injustice at the DOJ-FBI is more than a few bad cops
https://ronmamita.wordpress.com/2018/07/20/injustice-at-the-doj-fbi-is-more-than-a-few-bad-cops/

…
3 Years of TDS PAIN – the political anti-Trump campaign has not ended.
I tried to run & hide from the TDS plague during and after the 2016 elections, but most family, neighbors, acquaintances and media will erupt in a TDS outburst as if triggered whenever a radio or other source speak the name “Trump” – America has a plague problem.
The Trump Derangement Syndrome is a corporate mass media plague in America.
TDS is also a political campaign by globalists, see CANADA’s Trudeau government TDS.

If you find this information has value then please share it with others.