While the mass media focuses on Russia 24/7, my readings point to evidence of London/EU, Israel, and Beijing China (with intermediaries such as Pakistan and others) are three among the most disruptive foreign influences in America.

The Intel factions is a congested and dangerous choke-point.

A very dangerous focal point for opposing factions is the 2018 U.S. ‘Midterm Elections’ – Trump’s E.O. appears to be a Big Warning!

[…] I, DONALD J. TRUMP, President of the United States of America, find that the ability of persons located, in whole or in substantial part, outside the United States to interfere in or undermine public confidence in United States elections, including through the unauthorized accessing of election and campaign infrastructure or the covert distribution of propaganda and disinformation, constitutes an unusual and extraordinary threat to the national security and foreign policy of the United States. Although there has been no evidence of a foreign power altering the outcome or vote tabulation in any United States election, foreign powers have historically sought to exploit America’s free and open political system. In recent years, the proliferation of digital devices and internet-based communications has created significant vulnerabilities and magnified the scope and intensity of the threat of foreign interference, as illustrated in the 2017 Intelligence Community Assessment. I hereby declare a national emergency to deal with this threat.

Accordingly, I hereby order:
[…]
(e) the term “United States election” means any election for Federal office held on, or after, the date of this order;

(f) the term “foreign interference,” with respect to an election, includes any covert, fraudulent, deceptive, or unlawful actions or attempted actions of a foreign government, or of any person acting as an agent of or on behalf of a foreign government, undertaken with the purpose or effect of influencing, undermining confidence in, or altering the result or reported result of, the election, or undermining public confidence in election processes or institutions;

[I Highlighted in bold font a portion of the quoted Executive Order to emphasize its importance. ~Ron]

Both the DNC/Hillary Clinton and the DOJ/FBI/Intel claims the the Russians hacked the DNC servers are false.

Compounding their conspiracy is the fact that the FBI refused to confiscate the DNC servers and control the evidence.

Title: Bill Binney: It was NOT a Russian Hack
Posted 7 Aug 2018 by LaRouchePAC Videos

Globalism is the most recent version of the IMS hegemony, it implements fractional reserve banking, blockchain/FINTECH financialization, and it has at least two powerful (possible more) rival factions:
1. Multilateralism (regional super-nodes operating as supranational centers of power with regional trade agreements)…

Both factions embrace the IMS hegemony and oppose all opposition to the IMS as the system ‘Reset’ is implemented.

Too many discussions fail to offer options to the IMS, and there lies the real immediate danger to freedom.

The NYTimes’ anonymous Op-Ed attempted to sow chaos in the White House, but they inadvertently strengthened the arguments that the Deep State cabal actually is established for the ruling class to thwart the will of the American People!

The Deep State is the Corrupt Permanent State under foreign influence.
A permanent fixture of highly paid bureaucrats taking orders from oligarchs that work for the old establishment to maintain institutional controls.

We are talking about corrupt judges, prosecutors, deputy assistant department heads – officials who have been around for decades and know how to get things done or how to obstruct.

Mueller’s Special Counsel Criminal Investigation Is ‘Built on a Sand of Corruption‘!

What kind of criminal U.S. immunity and impunity are we witnessing?

Former Secretary of State John Kerry disclosed that he has been conducting rogue diplomacy with top Iranian officials to salvage the landmark nuclear deal and push the Islamic Republic to negotiate its contested missile program, according to recent remarks.

Kerry, in an interview with radio host Hugh Hewitt to promote his new book, said that he has met with Iranian Former Minister Javad Zarif—the former secretary’s onetime negotiating partner—three or four times in recent months behind the Trump administration’s back. –Read freebeacon.com

Trump further hinted that Kerry violated the Logan Act by rhetorically asking whether Kerry is officially registered as a foreign agent.

John Kerry had illegal meetings with the very hostile Iranian Regime, which can only serve to undercut our great work to the detriment of the American people. He told them to wait out the Trump Administration! Was he registered under the Foreign Agents Registration Act? BAD!
— Donald J. Trump (@realDonaldTrump) September 14, 2018

Multiple conservative commentators said Kerry finally admitted to prior charges that he was conducting secretive talks behind Trump’s back aimed toward salvaging the 2015 nuclear deal.

Later in the same day as the Hugh Hewitt Show admissions, former Secretary of State Kerry appeared on FOX and was interviewed by Dana Perino.

“I think everybody in the world is sitting around talking about waiting out President Trump,” Kerry said to Perino. “You’ve got our allies, remarkably — the people that we’ve worked with the closest through the years — who are sitting there saying, ‘What’s next?'” Kerry added. 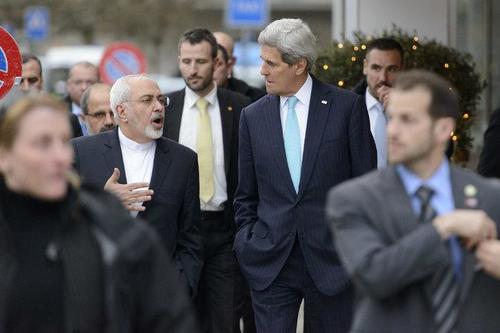 Anyone relying on the MSM for news and information is living in a fishbowl of mass deception.

A state of war have been in ‘Full Force’ existence since the 9/11 terror false flag events in New York and Washington DC.

There is tremendous legal pressure to oppose Trump’s ability to Declassify All Documents & Information Concerning Subversion Of U.S. Elections and Trump’s Policies.

Rival Factions are engaged in obstructing justice, coups and counter-coups.
A large criminal conspiracy within the U.S. apparatus & propaganda machine is on the offense.
Did the Trump faction bite off more than it can chew?

Oligarchical control over the U.S. apparatus and manipulating public opinion is real.
The massively funded and coordinated information warfare effort whose objective is to control American voters and drive this U.S. President from office continues with the 24/7 TDS media campaign.

“The transformation of “Russiagate” into “Spygate”, underscores that it was the United Kingdom, through its various intelligence units that “meddled” in the 2016 U.S. presidential elections.
The mainstream U.S. media are attempting to cover-up for that operation, by reducing “Spygate” to a semantic debate over whether deploying operatives into the Trump campaign is “spying”, “infiltration,” a necessary defense against Russian aggression, or a figment of Trump’s “paranoia”.

The story is complicated, but enough facts have now emerged, that it can be stated definitively, that there was a joint operation by Anglo-American intelligence, designed to entrap Trump campaign officials, through a classic “sting” operation. –Harley Schlanger

Again, I ask – Did the Trump faction bite off more than they can chew?

Many researchers expect a false flag in Syria to escalate the war and control the U.S. apparatus.

VA State Senator Richard Black reports on his just concluded 6-day tour of Syria, including his meeting with President Bashar al Assad.
Black states that if the US, UK, and French step back from their position of aiding and arming the al Qaeda terrorists in their attempt to overthrow Assad, the war in Syria could come to an end within the year. Read More

In a recession, the Fed typically slashes interest rates 5 PP. No such buffer exists. A Fed study looks at the impact.

One of the reason the Fed seems desperate to hike rates is they want ammunition to cut rates when the recession hits. Typically, the Fed cuts rates by 5 percentage points, but when the next recession hits, no such buffer will exist. –Mike Mish Shedlock

READ:
Did a Chinese-owned company operating in the Washington, D.C., area hacked Hillary Clinton’s private server throughout her term as secretary of state?
[…]