Home › Freedom-Expressed › Have You Seen The Delusion Spell?

This earthly realm is under a powerful deception.
Worldwide, the People are bombarded with propaganda, political spin, psyops, and other forms of mass deception. 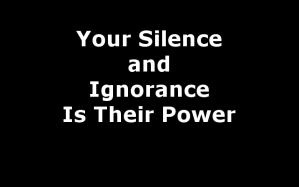 A crisis is looming with the potential for great devastation, but humanity has a fighting chance to survive – never give up.

All the world can now see the Americans facing the institutional crimes of the Deep State Conspiracy with the establishment that control corporate investment & exchange markets, Mass Media, and Governments to manipulate society down a destructive path.

My wish is for the bitter truth to amplify mass awareness – for the change we are searching for begins from within each of us with the ability to face the truth and respond appropriately.

What does it mean when powerful officials publicly proclaim they’ve joined “The Resistance” against the current government?

Is This Sedition or Resistance inside the U.S. Gov:

“This is the most unethical sham since I’ve been in politics,” Sen. Lindsey Graham (R) becomes angry at the Democrats’ handling of Brett Kavanaugh’s nomination to the Supreme Court.

Nothing too low for the Globalists:

Many Republicans on the Senate Judiciary had their home addresses and phone numbers published on their Wikipedia pages Thursday.

Shortly after Lindsey Graham went off on Senate Democrats for destroying Kavanaugh’s life in order to derail his confirmation, Republicans were doxxed.

According to Caleb Hull, editor of the Independent Journal Review, the wife of Mr. Hatch “has been receiving calls nonstop ON HER BIRTHDAY and their home address was made public.”

CongressEdits, a bot account that for four years automatically retweets edits to Wikipedia made anonymously from IP addresses associated with the U.S. Congress, said the information was also posted on Mr. Lee and Mr. Graham “from US House of Representatives.”

The article auto-posted screen shots supporting the edits being made and noting the inclusion of private information, a practice known as “doxxing.”

The private information on the Republican Senators is coming from a computer from the House of Representatives!

Congress reporter for Politico Burgess Everett tweeted: “Someone is doxxing GOP senators on a computer from the House of Representatives, began shortly after the Graham speech. I’m not going to retweet the account where this is posted.”

Someone is doxxing GOP senators on a computer from the House of Representatives, began shortly after the Graham speech. I’m not going to retweet the account where this is posted. – Burgess Everett (@burgessev) September 27, 2018
§

“In the days and months following Watergate, the HPSCI was given specific rules within their legislative branch oversight, which actually became the most significant tools -utilized for the first time- to uncover intelligence abuses by the former administration.” -House Intelligence Committee Chairman Devin Nunes

Devin Nunes Awarded ‘Keeper of the Flame’ For Defending Against Domestic Enemies Inside Government – now that is interesting!

Criminals inside government are now a real thing being criminally investigated while the corporate mass media attempt to ignore this. Either the MSM will eventually report on the Deep State criminals or the MSM will become extinct as the ‘Legacy Media’ from a bygone era.

Below are some patriotic feel good sacrifices to protect the flawed U.S. system rather than improve it by striking at the IMS root for the good of the People:

Rep. Devin Nunes of California accepts the Center for Security Policy’s 2018 Keeper of the Flame Award on September 13, 2018 in Washington, D.C.
§

No one should think the oligarchs (Billionaires), the foreign puppet masters, and Deep State will simply give up, now that they have been exposed in Congress, in the DOJ/FBI, inside the White House and Intel Agencies.

This seditious U.S. conspiracy is so brazenly open that their Congressional co-conspirators are now stating their guilt or complicity in writing!

Read it for yourself :

That third paragraph is particularly interesting: …”the verbal assurance you provided us that DOJ and FBI would not provide the White House“…

Why would Rosenstein’s DOJ and Wray’s FBI be giving “assurances” to oppose the president, block transparency and disclosure?
The letter continues on page 2:

This corrupt and self-interested alignment has always belayed our optimism that President Trump had a cabinet willing to confront institutional corruption. Our concern has always been that these aligned officials will fight against President Trump’s sunlight requests. –theconservativetreehouse.com

How will this end?
What happens after Trump is gone?
…
§

Be Aware of What Spells were Cast.

Deeply observe the details all around you and notice the obvious and then earnestly question the accepted belief, the teachings, the assumptions, the experts, the language, the monarchs, priests & ministers, the history, the science, and the official stories.

Step away from the traditions, crowds and groups, be willing to dump it all as rubbish.

“Men, it has been well said, think in herds; it will be seen that they go mad in herds, while they only recover their senses slowly, and one by one.” –Charles Mackay authored: Extraordinary Delusions and the Madness of Crowds

Questino – Question it all in search of truth. 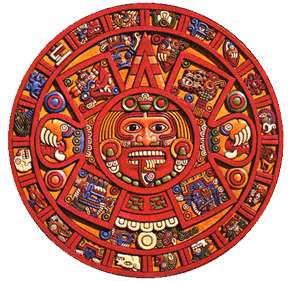 1. NASA is a government hoax.

2. Wars are started with deception.

3. The Apollo moon landings were hoaxes.

4. The International Monetary System is a Ponzi scheme.

5. Astronauts floating in the international space station is FAKE.

6. The Calendar and past stories falsely dated – consider The 13-Moon Calendar that was followed for centuries and consider how the prime meridian (dateline) was moved, and other strange decrees defining the official calendar…

…there are many more mass deceptions.

Consider all the massive capital funds that went into the above mass deceptions.
Consider the Trillions of national debts officially recorded and serviced as burdens upon ‘citizens’.
Consider what else is hidden from the public and consider seeking the truth.

What will it take to amplify mass awareness that the world is not as we were taught to believe?

Some focused actions must be done alone on a personal level.

…”And for this reason God will send them strong delusion, that they should believe the lie, that they all may be condemned who did not believe the truth but had pleasure in unrighteousness.” -Read 2 Thessalonians 2:1-12

May Truth bless you with eyes to see and ears to hear – to ever increase your awareness of the Truth. ~Ron

2 comments on “Have You Seen The Delusion Spell?”