Home › Freedom-Expressed › LISTEN TO THIS:

Title: A Chat With VA Shiva as Midterms Loom
Posted 17 Oct 2018 by Styxhexenhammer666

Dr. Shiva Ayyadurai is the Inventor of Email and holds 4 degrees from MIT. He is a Fulbright Scholar and has started 7 successful hi-tech companies including EchoMail, CytoSolve and Systems Health.
He is currently the Founder and CEO of CytoSolve, Inc, which is discovering cures for major diseases from Pancreatic Cancer to Alzheimer’s.
He is also the Founder of Center for Integrative Systems that performs fundamental research in systems thinking and is the home of Innovation Corps and C.L.E.A.N./R.A.W. certifications.

More evidence of how the system is rigged.

The Deep State & Mainstream Media, including FOX, are in fear of ‘real’ independence.
The two party duopoly is a real problem – see more:

Shiva Ayyadurai, an entrepreneur who launched a challenge for U.S. Sen. Elizabeth Warren’s seat as a Republican before switching his party affiliation to independent, is seeking a preliminary injunction against the University of Massachusetts hoping to stop scheduled debates from which he says he is being blocked.

Ayyadurai filed a lawsuit last week against UMass, which is co-hosting a debate …

The ruling class has an agenda and the only opposition is you. 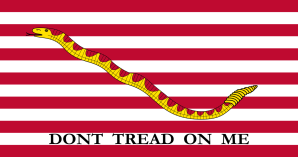 Can You Find The ‘Controlled Opposition’ In America?

3 comments on “LISTEN TO THIS:”