GLOBALISTS are weaponizing everything, and trying to make it illegal to use the financial system if you don’t promote and share their political views.

This should be a top priority not only for Libertarians and Conservatives, but for anyone who cares about the free exchange of ideas and seeking the truth.

As Big-Tech double-down with mega corporations’ data harvesting, censorship, propaganda and banking paywalls in a escalating war against free speech and privacy on the internet, we wish to see a BOOM in Alt-Tech and P2P networks.

I thought I might share a few thoughts with you on what I regard as the biggest issue of our time: tech apartheid.

Silicon Valley wants you to believe that it is a force for good but the evidence of its bias and fraudulent dealings couldn’t be more obvious even to a fair, impartial observer.

Most recently this duplicity concerns payment processing, namely the fraudulent company Stripe which canceled FreeStartr’s account despite record low chargebacks. FreeStartr wasn’t alone. All of those companies who had their accounts suspended — Bitchute (a YouTube competitor), MakerSupport (a Patreon competitor), and FreeStartr.com (a Patreon, Kickstarter competitor)– were created by Trump supporters.

This canceling of our business was done for political reasons by Edwin Wee, a Democratic political operative turned Stripe employee, and it exposes the libertarian lie that one can simply just go and create a competitor if one dislikes Silicon Valley ventures. You can’t. We need to get over that canard.

I’ll delve into the parochial issues concerning FreeStartr’s banning from Stripe later, but I am thoroughly convinced that if action isn’t taken in the very near future, our politics will be permanently titled to the far left for the foreseeable future. Ask your congressmen, your friends, to speak out on this issue and take necessary corrections.

Stripe seems to be deliberately shutting down businesses whose politics it doesn’t like. Political orientation is a protected category in California. There have been cases brought against businesses that refuse to serve conservatives or liberals.
Why not Stripe? 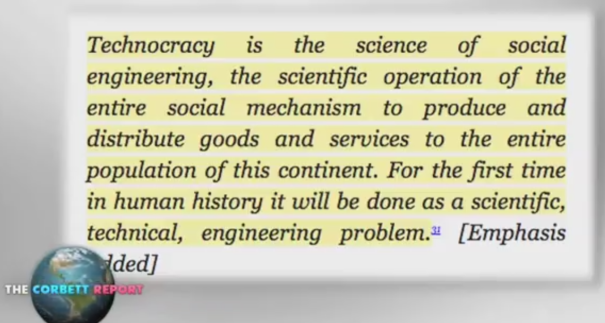 Truth and Freedom Seekers are facing massive opposition because the enemy currently control institutions such as the legacy media, corporate-governments, religious and education institutions and the international monetary system.

If liberals can’t silence self-defense advocates or pass the gun control laws that they want, they will keep you from using your credit cards to buy guns or accessories. They also will prevent firearm makers from getting financing. […]

— Over the last few weeks, Intuit has stopped processing credit card payments for all gun-related sales, even when the deals don’t involve firearms. Small businesses have found sales of T-shirts, coffee mugs and gun safety classes being prevented.

— Citigroup, the nation’s fourth-largest bank, announced in March that it would prohibit the use of its financial services for people under age 21 who tried to buy guns. It would also require that all sales had to go through universal background checks.

— Bank of America, the nation’s second-largest bank, announced on Bloomberg TV in April that it would no longer finance the operations for companies that made the most commonly owned semi-automatic rifles. Of course, this means that Bank of America will still be providing financial services to other gun makers.

This global enemy fears us knowing and sharing the truth, they are afraid to allow the truth and freedom seekers to operate freely, because they know that would be the end of their Ponzi economy, global agenda and their ruling class oligopoly.
They hide behind secrecy, deception, monopoly money and armed force.

This institutional strategy is failing and in desparation they are becoming more Draconian with ruthless policies, more burdensome taxes and greater armed force. That strategy is like tightening a clenched fist full of water, the tighter they squeeze the more water exits.
We see this in the mass exodus from the established Neocon & Neoliberal Political Parties with increasing grassroots’ opposition to the “Global Agenda” and perpetual debt bondage.

The monstrous attack on free speech and all opposition to their global agenda created social unrest, the need for alternatives and innovation, compelling us to develop competing products and services.
We see this evidence with the entrepreneurial efforts from Holochain, Real.Video, DuckDuckGo, SubscribeStar, Bitchute, Gab.ai, Minds.com, Wrongthink.net, and others in the social media and P2P realm. The ever changing corporate-legal terms of service and constantly expanding definition of “hate speech” from actual threats, to mere humorous memes, to simple observations of society, has driven hundreds of thousands of users to these alt platforms. ~RonMamita