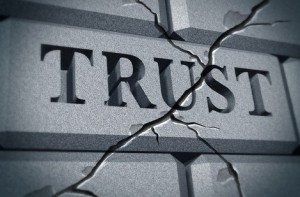 To say I am suspicious, is mildly speaking.
The officials lack of transparency is problematic, and their declarations that the new digital currency is not a cryptocurrency and not a threat to the U.S. Dollar is the smoking gun.
We shall keep a suspect-watch on Ecuador’s digital currency. ~Ron
.
via: cryptocoinsnews.com by Caleb Chen
It was just last month [July 2014] that the small Latin American country of Ecuador banned Bitcoin. The Ecuadorian National Assembly voted to pass a monetary and financial reform law introduced to the Assembly by Ecuador’s President, Rafael Correa. While the outright ban of Bitcoin and other decentralized digital currencies like Bitcoin is news in and of itself, the new sparkly gem of Ecuador’s new stance is their intention to create their own digital currency. Most recently, Ecuador’s e-money presentation, which provides more details on the new Ecuadorian National digital currency has been posted to an Ecuadorian government website. Elsewhere in Latin America, Dominica’s citizens are getting a taste of real digital currency.

According to Article 99 of Ecuador’s new law, Ecuador’s Financial and Monetary Regulatory Committee is being tasked with regulation of the new digital currency, and the Ecuadorian Central Bank is being charged with its implementation and development. Currently, Ecuador uses the US dollar as its “currency of choice;’ though, history tells us choice has little to do with it in such situations. Article 96 of the same law specifically bans the “emission, production, initiation, falsifications, or any other type of [cryptocurrency] simulation, and its circulation through any channel or way of representation.” More simply put, Article 96 makes illegal the circulation and acceptance of all currencies on the wrong side of the Monetary and Financial Political Regulatory Committee.

President Correa has emphasized that this plan is geared towards helping the 40% of Ecuadorian economy participants that don’t have access to traditional banking provided under the “dollarized” system. Ecuador is creating something, a centralized something, that can be used between cellphones, which should provide utility to those that need it most within Ecuador. The mobile payments industry is a place where Bitcoin has truly shown in recent years. Kipochi and other private companies around the world are doing what Ecuador plans to do, already.

Previously, CCN’s Venzen Khaosan has taken an in depth look into what Ecuador’s cryptocurrency, which he coined as “cryptocentavo,” might look like. More recently, the Ecuadorian government has given a presentation that details more information regarding Ecuador’s future digital currency. The most specific point that has now been promised and can lay to rest any speculation is this: Ecuador’s new digital currency won’t be a cryptocurrency.

Deputy director Gustavo Solorzano claimed that the proposed digital currency is meant to circulate alongside the USD and will not be a cryptocurrency like Bitcoin nor a way to ween Ecuador away from the USD.