One Arm Of The Institutional Crime Network Is Being Publicly Scrutinized 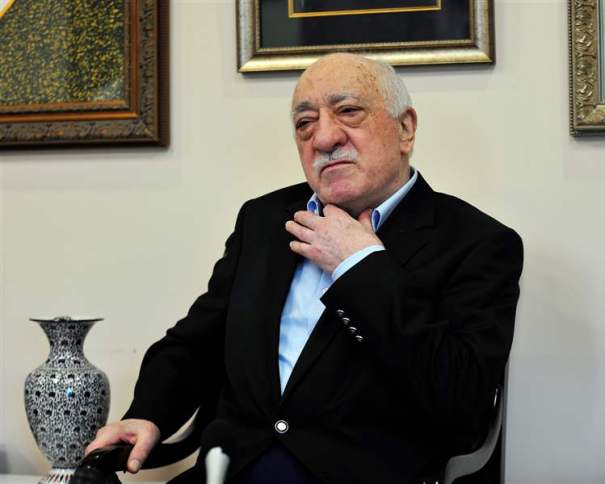 Newsbud’s founder Sibel Edmonds announces she will be in Austin, Texas with members of the Newsbud team to take on the Gulen network and their pocketed politicians on Tuesday December 12th.

“Turkey and the Turkish people expect the immediate extradition of Fethullah Gulen from the United States to Turkey, so that he can stand trial,” the embassy statement said, in the first official Turkish reaction to the newspaper report. “As we stated previously…-reuters.com

The primary bone of contention between the U.S. and Turkey is Fethullah Gülen, a shady Islamic mullah residing in Pennsylvania whom former President Clinton once called his “friend” in a well circulated video.

Gülen portrays himself as a moderate, but he is in fact a radical Islamist. He has publicly boasted about his “soldiers” waiting for his orders to do whatever he directs them to do. If he were in reality a moderate, he would not be in exile, nor would he excite the animus of Recep Tayyip Erdoğan and his government.
…
To professionals in the intelligence community, the stamp of terror is all over Mullah Gülen’s statements in the tradition of Qutb and al Bana. Gülen’s vast global network has all the right markings to fit the description of a dangerous sleeper terror network. From Turkey’s point of view, Washington is harboring Turkey’s Osama bin Laden.
…
However, funding seems to be no problem for Gülen’s network. Hired attorneys work to keep the lucrative government source of income for Gülen and his network going. Influential charities such as Cosmos Foundation continue their support for Gulen’s charter schools. Incidentally, Cosmos Foundation is a major donor to Clinton Foundation. No wonder Bill Clinton calls Mullah Gülen “his friend.” –newsbud.com/2017/10/24/

Titled: Breaking: Sibel Edmonds Will Be in Texas to Take on the Terrorist Gulen Network!!!
Posted 06 Dec 2017 by Newsbud

KILLING ED is a new documentary feature film that exposes a shocking truth: that one of the largest networks of taxpayer-funded charter schools in the U.S. are a worst-case-scenario—operated with questionable academic, labor, and H1-B visa standards by members of the “Gülen Movement” – a rapidly expanding, global Islamic group whose leader, Fethullah Gülen, lives in seclusion in the Pocono Mountains of Pennsylvania.

KILLING ED enlightens its audiences everywhere with a shocking, first-hand look inside the schools while revealing the corruption of those attempting to privatize our public schools through education ‘reform’ in America.

Available now for community and group screenings at your local cinema via Tugg.com.
Read more about organizing a screening here. http://bit.ly/2aBlrlS