Home › Freedom-Expressed › Growing Up In America

Growing Up In America 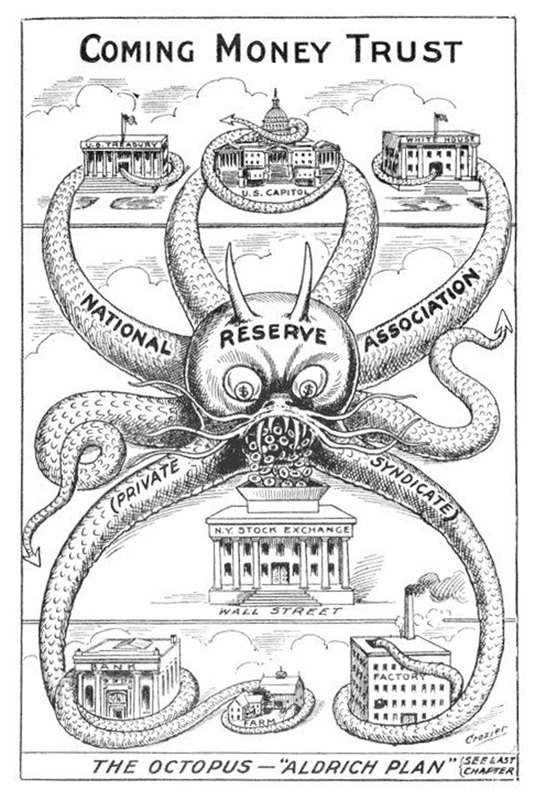 I find Paul is an interesting soul.
I have empathy and compassion for him because he was highly educated (Doctorate degree & brainwashed, IMHO) worked feverishly for a patriotic cause (enriching a institution known as the “United States” with a economic theft known as “Supply side economics”) hired in the United States federal government to implement “supply side” economics.
Only later in his years did Paul come to realize, to his horror, that the institution is a multi-headed or multi-tentacle monster. ~Ron

Growing Up In America by Paul Craig Roberts

“Terrible things are happening faster than we can keep up with them. Monsanto, widely regarded as a criminal enterprise, is expanding its monopoly over seeds and food production into Chile and Latin America. http://rt.com/news/chile-protest-monsanto-law-634/ Monsanto has given up for now on monopolizing Europe’s agriculture, but has brought the EU around to allowing it to market GMO food products. Money speaks, which perhaps is the reason that Chile’s former president, Michelle Bachelet, introduced the pro-Monsanto legislation that one of the legislative chambers has passed. There are mass demonstrations in Chile against the legislation that destroys Chile’s sovereignty over its food production, but just as Monsanto can purchase the US government it also can purchase the Chilean government. In our day and time, governments are just another commodity to be bought and sold by powerful corporations.

And then there is Fukushima. Media have led us to think that this nuclear crisis is over,
but it appears that it is only beginning. The risk of apocalypse is high. You can read here http://rt.com/news/fukushima-apocalypse-fuel-removal-598/ one assessment of the risks to all of us. Here another http://www.counterpunch.org/2013/08/13/the-fukushima-nightmare-gets-worse/print And here another http://www.lewrockwell.com/2013/08/russia-today/chain-reaction-at-fukushima/ And another http://www.commondreams.org/headline/2013/08/10-0
And here http://www.globalresearch.ca/fukushima-japanese-government-big-business-and-corporate-media-tried-to-hide-a-grave-threat/5346197

As soon as Egypt gets a democracy with an elected president, Washington has the military, which is dependent on Washington for money and equipment, to overthrow the democracy, just as Washington does in Honduras and elsewhere. The Egyptian government that democracy produced was Islamist. The Muslim Brotherhood is moderate, not radical, but the moderate Islamists showed lack of enthusiasm for supporting the Washington-Israeli policy of genocide for Palestine. Washington finds “freedom and democracy” unacceptable when it does not support Washington’s foreign policy.

This fall Congress will again be confronted with the debt ceiling limit. To keep this specter at bay, the US Treasury has been employing questionable means. The crisis that has been kicked down the road is likely to worsen, because the economy is likely to renew its decline in ways that cannot be disguised by manipulated statistics. Sooner or later the world will realize that the US cannot pay its bills and that the world’s reserve currency is being ruthlessly printed in order to prop up busted banks and the US Treasury. The house of cards that US economic policy has constructed in the 21st century can collapse at any time.

Since so much that is distressing awaits us, I propose a bit of respite and in this column
take us back to happier times.”