Recount demands in Scotland on several movements have exceeded 100,000 signatures. Even on Change.ORG petitions are popping up for a recount.
I seriously doubt the EU or Westminster would ever allow that to happen. –Armstrongeconomics 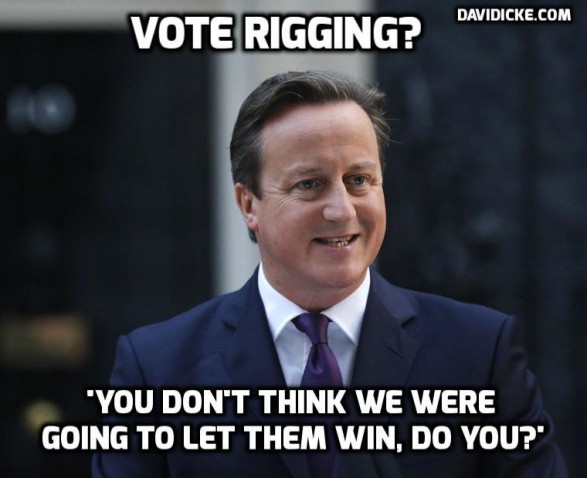 VOTER FRAUD: Was the Scottish Independence Referendum Rigged to Fail?

‘It has been confirmed that the names of 10 people were already crossed off a voter list prior them voting inside a polling station.

According to reports, the Glasgow City Council confirmed that there were ten cases of suspected electoral fraud occurring at polling stations following the Scottish referendum vote on the 18th. As authorities have been investigating thousands have gathered outside in George Square, Glasgow, which has been dubbed “Independence Square,” in the time leading up to the vote.

Scotland on Sunday published a piece in early September suggesting the integrity of the electoral register was called into question a month prior to the historic vote:’

‘The head of Russia’s election observation body has sensationally accused the British government in Westminster of rigging the Scottish Independence vote, asserting that there were more ‘yes’ votes than ‘no’ votes despite the no campaign claiming victory.

Following a political battle that captured global attention, the ‘Better Together’ campaign beat off their pro-independence adversaries in securing a 55%-45% success after yesterday’s voting, meaning Scotland stays a part of the United Kingdom.

However, in a move undoubtedly tied to Moscow’s increasing hostilities with the British government, which vehemently backed the ‘no’ campaign, the head of one of the country’s top election observer groups controversially claimed today that the vote was fixed.’