Will Italy Leave The European Union? 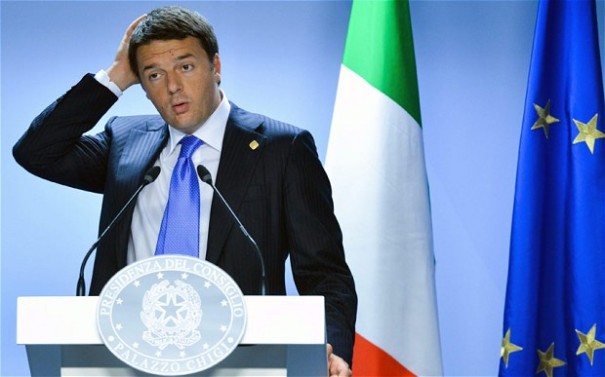 Discontent and popular Anti-austerity growing…
Brussels (AFP) – Italian Prime Minister Matteo Renzi on Thursday announced his intention to make public the cost of the European institutions, as a row exploded over his country’s budget plans.

Angered by EU criticism of Italy’s proposed budget for 2015, Prime Minister Matteo Renzi has warned that his government is “going to have some fun” publishing details of the cost of European institutions.

Renzi’s comments, made on the sidelines of an EU summit in Brussels on Thursday, mark the latest twist in a mounting row over Rome’s proposed budget for 2015, which has come under fire from the EU Commission.

Earlier in the day, the Commission’s outgoing chief Jose Manuel Barroso had vehemently criticized the Italian government’s decision to publish a letter from the EU requesting clarifications on the budget.

4 comments on “Will Italy Leave The European Union?”