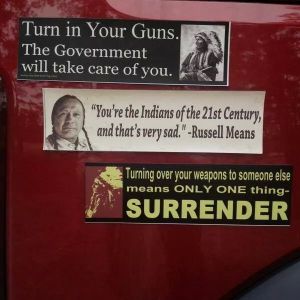 …I haven’t heard this amount of talk about rigged elections since the year 2000, when the U.S. elections were halted and George “Dubya” Bush was selected President by the U.S. Supreme Court!
A mass of citizens woke up to the manipulated system after that rigged election.
Less than a year later, many more citizens woke up after the state sponsored terror events on 11 September 2001 (9/11).
We may as well include a few more events that reveals the mounting distrust in the U.S. government:
After Obama became President, the “Great Recession” ushered in false hope along with bankster bailouts in the sums of Trillions of Dollars with TARP, Quantitative Easing, and ZIRP. The “Hopium” from the bank funded Obama Hope Campaign came a Nobel Peace Prize for a war mongering drone-war President…

U.S. stock markets are at nominal all-time highs. Government bonds are at or near all-time highs. Yet, central banks worldwide sit at 0% interest rates or less because things are too precarious to even raise rates a paltry 0.25% for fear of collapsing the entire system. –Dollar Vigilante 9 Aug 2016

With the phenomenal amount of public chatter about the looming crisis, I feel This Time The Most Embarrassing Thing To Say Will Be “No One Saw This Coming”.
No one saw this coming? Balderdash!

Conditions are ripe right now around the globe for an absolute crash in the bond market, similar to a prolonged drought setting the stage for a forest fire that does so much damage it becomes a natural disaster. Once the preconditions are set, it just takes one small match or event to kickstart the entire natural disaster or financial crisis black swan event. –investing.com

It is no longer a secret that the criminals are in charge of the system.
Government crime, political crime, banking crime, corporate crime, organized crime, and institutional crime, it all adds up to a criminal system for the ruling elite.
Halting the U.S. elections could adversely impact the markets (esp. Bonds), and the value of the U.S. Dollar, could it not?
Fortune.com mentioned the potential for the U.S. elections to be more disruptive than a “Black Swan“!
Before I saw that Fortune report I already had thoughts similar to when the BREXIT vote in the UK crashed the markets.

Below are a few video examples of individuals sharing their thoughtful awareness and the mounting distrust in the U.S. government. None of the individuals presenting the information below would be surprised if the November elections are halted in the brewing U.S. Constitutional Crisis; and neither should you be surprised. ~Ron

“Our projections show that by the year 2025 not only America but the entire planet will be under the protection and dominion of this power alliance.” -Quote from the “They Live” movie

“You still don’t get it, do you boys?
There ain’t no countries anymore!
No more ‘good’ guys, they are running the whole show.
They own everything – the whole goddam planet – they can do whatever they want!” -1988 movie: They Live

A State of Emergency could be declared, and recent institutional activities do suggest organizations have been testing internet blackouts, with military patrolling the streets…

Choke Point: How the Government Will Control the Cashless Economy

Our biometric detection division has confirmed that you participated in the protests at last month’s coronation of Hillary Clinton as Supreme Leader of the United States for Life. Your case was reviewed by our enforcement personnel and you were found guilty of unlawful dissent. As a result, all of your financial accounts have been closed, your carbon credit allowance has been frozen, and your consumer participation chip has been deactivated.

You have been downgraded from consumer to laborer. As such, you may proceed to the nearest Federal Emergency Management Agency labor camp to receive your work assignment. You will be provided a space in the dormitory and three meal credits per day.

All Hail the New United Nations, Praise Be to Secretary General Rothschild.