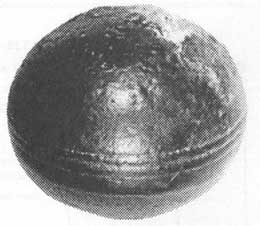 A metallic sphere from South Africa with three parallel grooves around its equator (photo courtesy of Roelf Marx). The sphere was found in a Precambrian mineral deposit, said to be 2.8 billion years old. [p. 813, Forbidden Archeology]

This coinlike object, from a well boring near Lawn Ridge, Illinois, was reportedly found at a depth of about 114 feet below the surface (Winchell 1881, p. 170). According to information supplied by the Illinois State Geological Survey, the deposits containing the coin are between 200,000 and 400,000 years old. [p. 801, Forbidden Archeology]

A Species with Amnesia

A 60,000 year old story discovered buried under water would be a valuable gift to the people of Earth! Graham Hancock says the people of Earth is a “species with amnesia”.
My dream is to see this amnesia condition cured with truthful knowledge.

Re-Connect our past to our present.
The ancient stories could be a missing ingredient in a healing dose of knowledge and awareness of who we are and where we came from.

http://www.dailymail.co.uk/news/article-2036505/Emily-Baldry-5-digs-rare-160m-year-old-fossil-Cotswold-Water-Park.html
“She was armed with a spade better suited to building sandcastles than archaeological digs.
But that was all five-year-old Emily Baldry needed to unearth a rare fossil thought to be more than 160million years old. Emily pulled the 9st specimen out of the ground at Cotswold Water Park in Gloucestershire with the help of her father Jon, 40.
The Rieneckia odysseus fossil, which is almost 16in in diameter, is the remains of a mollusc that lived in the oceans during the Jurassic period.” 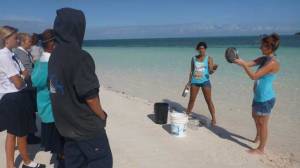 I encourage more people to dig up the shores in search of ancient artifacts.
Have fun!

3 comments on “Let Us Remember…”