As opposed to “SECRET Gold” 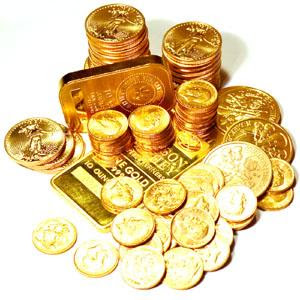 Revealing the hidden manipulations of governmental and financial institutions leads us to the GOLD.
.
Loaning and Insuring GOLD…
Derivatives, Leveraging, and Monetizing GOLD…
Accounting, Shipping, and warehousing physical GOLD…
Wars and global domination cost a lot of GOLD and there lies the secrets…

The Austrian Press Agency today cited GATA at length in its follow-up story about the status of the Austrian central bank’s gold and the possibility of an audit. The story has been published by the Austrian national newspaper Die Presse in Vienna —

— and as well as by other Austrian news organizations:

A translation of the APA story by our friend the German freelance journalist Lars Schall is appended.

Auditors Could Fail in Taking Reliable Inventory of Austrian Gold

The U.S.-based organization Gold Anti-Trust Action Committee alleges that Western central banks have manipulated the price of gold for decades.

The Oesterreichische Nationalbank (OeNB) last week revealed a lot about the 280 tons of gold held by the Republic of Austria, but to which part of it they really have access is hard to identify, according to a U.S. organization that has been working for 15 years on the international gold market.

Posted by Charleston Voice
26.11.2012 | 13:19 | (DiePresse.com)
The U.S. organization “Gold Anti-Trust Action Committee” doubts that the Austrian gold reserves can be tested reliably.The Oesterreichische Nationalbank (OeNB) last week revealed a lot about the 280 tons of gold to the Republic of Austria ( “The Press” reported ). On which part of the gold reserves but you really can have access, not seen, it is now a U.S. organization. Chris Powell from “Gold Anti Trust Action Committee” (GATA), told the APA: “To know that the bank would have to reveal not only how much she has given up to date, but also whether the gold in assignable or non-assignable accounts held is “.”


Can be allocated to gold means that the bars accurately weighed and Seriennnummern provided the owner can be attributed directly and have to be followed upon request. Not definable gold is merely a claim against the institution in stock. In this case, the OeNB had neither the right, nor would there be bars get back a list that could be used for an inventory of the physical assets.

“As a consequence could arise that it is virtually impossible to consider large portions of the gold reserves reliably,” says GATA Secretary Powell.

The Austrian Court had announced in the coming year by lighting the National Bank and its foreign exchange reserves, has been left open, however, if the first time also includes the physical gold holdings. The OeNB was forced to admit last week in Parliament that 80 percent of the gold in London are and explains that they have in the past decade, earned 300 million euros with Goldleihegeschäften. After an expert had commented, this suggests wonder that a large part was given, leaked the bank that currently only 16 percent of the stocks concerned. One explanation for the relatively high income from gold lending they did not deliver.

“…plans by Germany to force European nations to use their gold reserves as collateral.”
.

We can expect the current manipulated and inflated bubble (derivatives, shadow banking, bonds, sovereign debt and below zero interest rates) to burst and a massive wave of defaults and bankruptcies to follow; allowing yet more looting for the central bankers as they grab real assets on the cheap and customers left out in the cold with another broken promise to pay them or return their assets.

“Future Generations Have To Deal With The Financial Carnage”

During the off-hours on Sunday, when few people were willing to ruin whatever remained of their weekend and when even astute observers weren’t supposed to pay attention, the National Association of Insurance Commissioners approved new rules that would allow life insurance companies to lower their reserves for future claims—at the worst possible time—having already forgotten all about the financial crisis.”