Home › Freedom-Expressed › Joseph Farrell: WHAT IS THE HIDDEN SYSTEM OF FINANCE SHOWING?

Joseph Farrell: WHAT IS THE HIDDEN SYSTEM OF FINANCE SHOWING? 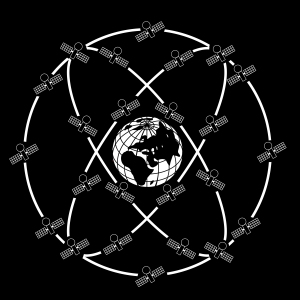 The most negative influence on Earth today is the concept of authority.
In legal jargon this is the State (governments, municipalities, courts, and militaries),  in spiritual jargon it is the church or religion, in engineering it is authoritative science foundations, in commerce and finance it is corporate (central banks/G-SIFI/too-big-to-fail)…
In street jargon authority is known as the establishment, institutional slavery, debt slavery, government slavery; and abolishing slavery must be accomplished for the People on Earth to be free.

People will be free when they exercise their personal sovereignty, thus no one will claim authority over any other.

Globalization, Secret Trade Agreements, International Monetary System, G20, Central & Shadow Banking are all a (Slavery System) result of policy makers bypassing Peoples Free Will to enforce policies and fund hidden interests.
The behind closed doors policy creation and enforcement marginalizes and worse, it farms and domesticates free peoples into Taxpaying, servile citizens and a human resource commodity!
When you take a few minutes to seriously ponder the research that reveals decades of increasing impoverishment while simultaneously trillions of dollars are being controlled by an elite class; then you may feel as I do, when I say:
SHOW ME THE MONEY!
What is the undisclosed and hidden capital flow in the hundreds of Trillions of dollars being spent on?
Below is PhD. Joseph P. Farrell’s “high octane” speculation on what the funding (Shadow Banking) could possibly mean in a more clandestine way… ~Ron
.

This extremely important article was shared with me by a regular reader here, Mr. K.L., and it’s one of those articles that went immediately into my “finals” pile for my weekly blogging, it’s that important:

I draw your attention to the first two paragraphs:

“Call it Monitoring Universe of Non-Bank Financial Intermediation (MUNFI), Other Financial Intermediaries (OFI), non-bank financial intermediation or, easiest of all, by its widely accepted name, Shadow banking. Whatever you want to call it, the latest just released estimate by the Financial Stability Board of how many assets current exist outside of the regular banking system (and are thus in the shadows) around the globe should explain why these day the one thing central bankers are most worried about is the uncontrolled proliferation of shadow assets (technically it is liabilities, but that is a different discussion). The reason: according to the broadest measure of shadow banking, it grew by $5 trillion in 2013 to reach $75 trillion. This represents some 25% of total financial assets and when expressed in terms of global GDP, it amounts some 120% of global GDP.

“We are not exactly sure which is scarier: that total financial assets amount to about 500% of world GDP or that about $75 trillion in financial leverage is just sitting there, completely unregulated and designed with one purpose in mind: to make billionaires into trillionaires (with taxpayers footing the bill of their failure).”

Note that Zero Hedge’s analysis here is somewhat conventional: the purpose of all this vast leverage and liquidity in the system is to make “billionaires into trillionaires (with taxpayers footing the bill of their failure).”

But is that really all, or even the major part of the picture? I am bold to suggest that it isn’t: the numbers simply don’t add up: there are too few “trillionaires” (indeed, none at all), so something else is going on. Indeed, it is precisely because of the vast numbers of liquidity and leverage sloshing around in the system that conventionally minded analysts have been predicting a collapse “any day now”, in the form of hyper-inflation and dollar-dumping, and a collapse of the US sovereign securities market. But as I pointed out a week ago in my blog Against Economic-Financial Chicken Littles, we’ve been hearing the stories of hyper-inflation and collapse since the Reagan era, if not before.

Now, as I noted, last week, I’m no financial expert, nor any other kind of expert, but it seems to me, that the analysts are right, on the face of it, and barring other factors: all the QE that has been going on should have shown up as extreme if not hyper-inflation, and that should have forced the value of the dollar down. But neither has happened. So something is wrong with the model: money (think of it as electric current) is being put in at one end, and yet, all that juice is not emerging at the load end. Following out analogy, this would mean that our circuit diagram is not complete; there is another load end in the circuit that is not shown.

Last week I suggested that at least part of this circuit diagram not showing up on our schematics was the hidden system of finance and the black budget. But would even this account for the vast sums of money? Would all the stealthy aircraft, reverse engineered UFOs, secret Lockheed fusion reactors, and so on, account for just the vast leverage noted in the Zero Hedge article? I suggest not (and let’s remember, we’re not even approaching any discussion of the amount of derivatives  – in the quadrillions of dollars – in the system). So the bottom line question is this: if all the derivatives in the system are in the quadrillions of dollars, not to mention the trillions of dollars suggested in the Zero Hedge article, and if these amounts are greatly in excess of the total GDP of planet Earth, then what is propping up the system? On any conventional model, it should have collapsed by now, and hence, like Sherlock Holmes, once we have eliminated the probable, we must begin to consider the impossible.

And like it or not – here comes the way-out-on-the-end-of-the-twig-speculation of the day – that means that there is another basis, a hidden basis, of the world economy that is not on this world at all. That money may be flowing off world, either in trade, or in tribute, but it is flowing somewhere, because like electricity, it has to have a load end, and if the load end were here, it would have shown up already in the form of the predicted collapse and hyper-inflation. On that score, the conventional analysts are correct. My only quibble with them is, that if the conventional model is correct, it is not about prediction; rather, it should have happened long ago, and we’d be analyzing it as history. The fact that it hasn’t, means to my non-expert’s mind, that the model is fundamentally flawed, and in a major, fundamental way.

2 comments on “Joseph Farrell: WHAT IS THE HIDDEN SYSTEM OF FINANCE SHOWING?”