Many feel the Anticipation of a major catastrophe, and some speak of a malevolent miasma from mad science projects to the Pope attacking freedom to MSM and corporate sponsored mass entertainment mind altering the public…

For instance, by now you should have read some mad science reports about:
Engineering the Perfect Baby
and
Chinese scientists genetically modify human embryos

Maybe, the above are too subtle to be noticed by the majority of busy workers?
Sigh, perhaps more can see Policy:

More eyes are watching the policy makers, globalists and their masters.
Much speculation for the near-term, as the monetary system requires a “reset” to respond to the current worldwide debt crisis.

The G7 (Canada, France, Germany, Japan, Italy, the United States and U.K., with representatives of the European Union also attending) finance officials gathered in Bari, Italy 11 May 2017 (for 3 days), so I thought to discuss the looming crisis in the worldwide financial industry.
I did not gather any insights from the G7 who usually reveal nothing substantial publicly, nothing more than meaningless political rhetoric. My take is they are seeking to address immediate difficulties with institutional investing, lack of trust, and uncertainty about “new regulations”. Which fits in nicely with one of the declared themes “coordination among international financial organizations such as the International Monetary Fund and the World Bank“.
Oh – and as always their theme about improving TAX COMPLIANCE.
In case you have not noticed, only Germany out of the eight is economically growing in a healthy manner, the others are facing a blizzard of bad (real) economic data.

You should be aware of and on alert for:

Declaring State of Emergency and convening emergency summits is a tool for governing by crisis management.

Isn’t the recent mass scare about the NSA’s “ETERNALBLUE” ransomware-cyber-virus a precursor for what is to come?

The MSM “say” that criminal elements stole the NSA’s malicious virus, modified it, and are using it to ransom…

But, that criminal element could be within their intelligence community, after all, no officials are calling to hold the NSA responsible for creating and unleashing such a vicious computer virus upon the world.
The simple FACT is that had the NSA not created the malicious virus then this massive worldwide cyber-ransom-virus would not exist.

And isn’t it curious that the majority of the attacks targeted Russia?

Did you read about:

Payday banking meltdown as Lloyds, Halifax, RBS and NatWest customers are hit by online glitch that stops them accessing their accounts – and even makes payments ‘vanish’ –dailymail.co.uk

You can find a lot of discussion about government agencies engaged in cyber attacks if you search the internet. Let’s move on to new policies aimed at eradicating “Bank Runs”!

One of the Achilles’ heel to globalization is bank runs.
Bank Runs terrorizes central banking and the entire financial industry.
Why?
Because the truth is that the fractional reserve banking system is a DEBT based system.
The banks do not store in a vault all the deposits from their account holders – in other words, the money you think you have in your bank account is not there.
The banks invested (loaned) the cash or leveraged it, and account holders are merely a “unsecured creditor” to the bank (the most risky form in the industry)…

Excerpt from LOOK AT THE CONTROLLED GLOBAL FINANCIAL SYSTEM:

… Have you noticed that the government is demanding Direct Deposits in the form of mandatory Electronic Fund Transfer (EFT)?
What ever happened to CHOICE?
Do you plan on standing in long lines to withdraw your assets & deposits this time?
Do you plan on rioting (panic) when the banks lock the ATMs and the Banks?
Even if the public does not become violent does that mean the government will not patrol the streets with militarized police?
I have to ask these questions and maybe you should too.

Global Markets are manipulated and controlled with the protections and propaganda of the governments and the mass media supporting this by obfuscating facts from the public. Even when the governments and media address the financial problems they obfuscate, minimize, marginalize and manipulate public opinion: “Leaders and authorities are addressing the complex issues…” go back to entertainment and commercials; no worries and nothing to see here.
But behind closed doors rules & policies suddenly change without public scrutiny and debate.

Can anyone guess what will occur when the Central Banks implement their GLOBAL FINANCIAL RESCUE PLAN?

Will Martial Law Be Required? 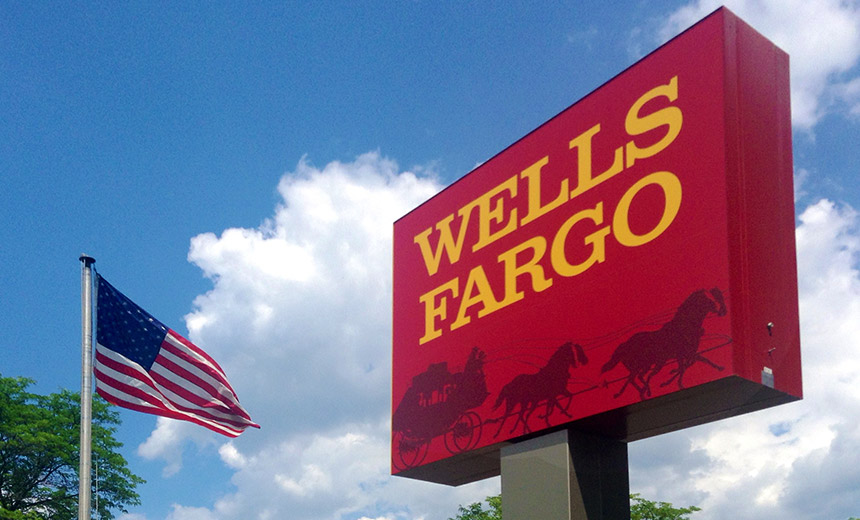 Wells Fargo was one of the banks bailed out from the 2008 Financial Crisis, yet they found the need to continue their criminal behaviour in the form of creating false credit card accounts in the names of their depositors without consent and knowledge of the depositors.
Yes, that is indeed criminal fraud, identity theft, forgery of signatures and multiple counts over the period of years.

“The second-largest U.S. bank was accused by state and federal regulators of allowing its employees to access customers’ personal information – and in some cases forging data – to subscribe them to products, such as credit cards, that both generated revenue for the bank as well as commissions for salespeople. Prosecutors say an astounding 2 million ghost deposit and credit card accounts were opened without customers’ knowledge”…-bankinfosecurity.com

However, Wells Fargo is probably not alone in that scam and there are other types of criminal scams that banks are engaged in; remember that Bernie Madoff said “JPMorgan knew it,”.
In America the icon for GREED, CORRUPTION, and POWER is JPMORGAN.
JPM is synonymous for BIG CRIME and BIG BANK, and NEW YORK Kingpin.
If you haven’t read the free ebook at www.jpmadoff.com then here is a link to the interesting report from Forbes:
https://www.forbes.com/sites/kotlikoff/2014/09/26/jpmorgan-chases-20-years-of-watching-madoff-commit-crimes-read-chapter-2-at-jpmadoff-com/
∇

“Representatives from Bank of America, Citigroup, JPMorgan Chase and US Bank declined to respond when The Huffington Post asked them if they use the same high-pressure, lofty sales quotas that pushed underpaid Wells Fargo employees to rip off customers in an effort to keep their jobs or earn bonuses to enhance their low hourly pay.” -by Emily Peck for the Huffington Post 03 Oct 2016

Amazingly, Wells Fargo Stock price has not dropped below the 01 May 2013 $40.55 low.
Right, its stock is buoyed along with the others in the bullish U.S. stocks. Institutions must, by law, invest in these markets to the tune of trillions.

So, when the markets fail, say farewell to the pension and insurance funds, but be prepared to survive institutional disruptions.

Moody’s downgrades credit ratings of Canada’s Big Six banks …
10 May 2017 Moody’s Investors Service downgraded the credit ratings of the Big Six banks late Wednesday reflecting “expectation of a more challenging operating environment for banks in Canada for the remainder of 2017 and beyond, that could lead to a deterioration in the banks’ asset quality, and increase their sensitivity to external shocks.”
…Read more @ business.financialpost.com
∇

“imagine you want to sell the idea of a completely cashless society (which of course, really isn’t cashless, it’s merely a way of protecting your currency issuance central banking cartel).
How would one sell the idea?
Through a debt jubilee: use our system of blockchain or virtual currency, and all  your debts are forgiven. Only those continuing to use cash will have their debts retained. The “reset jubilee” button coupled to cashlessness… really, if one thinks about it, it’s an interesting way to get rid of all that “bad paper” on the ledgers, and I wouldn’t put it past them.” – Joseph P. Farrell

One comment on “Globalization: Slowly and Methodically Resetting The Monetary System”