GMO: When Courtrooms Entertain Us 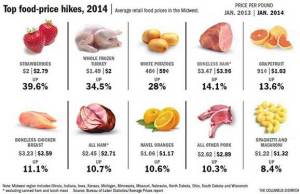 The focus of this report is to reveal the GMO spillover effect…
Since 2008 the financial crisis has escalated into the world’s food supply and now includes everything on Earth!
This can be seen easily in terms of “Follow The Money” research and investigations. Corporate stocks may be surging from the influx of bankers’ free money, but business transactions are losing profits. The “Great Recession” is systemic and continue to escalate.
The currency wars, trade wars, military wars, bio-war,chemical war, cyber-war, and all wars are very well financed or funded, but never forget the legacy from the war labs of the mega corporations: Monsanto, DuPont, et al.
GMOs may never leave the courtrooms, unless the GMOs are removed from production.
We must ask, are the predators and parasites turning on each other?
If not now, then it is only a matter of time… ~Ron 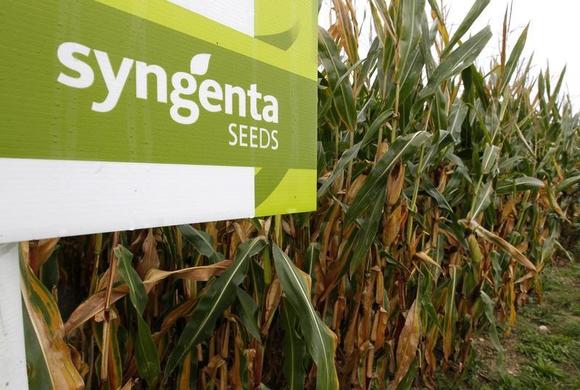 The logo of Swiss agrochemicals maker Syngenta is seen in front of a cornfield near the company’s plant in Stein near Basel September 18, 2012. Credit: Reuters/Arnd Wiegmann

Cargill’s grain export facilities in Louisiana loaded the ships that were destined for and rejected by China and its corn has contaminated other shipments, leading to $90 million in damages, according to a complaint filed today in state court in St. John the Baptist Parish, Louisiana.

China rejected U.S. corn imports since last year over the presence of an unapproved trait in Syngenta’s seeds known as MIR 162, “virtually halting U.S. corn trade with China,” Cargill said. U.S. exporters and farmers have lost as much as $2.9 billion because of the uncertain trade environment, Cargill said in its complaint.

Cargill, based in Minneapolis, was forced to cancel contracts with Chinese companies and to redirect shipments to other markets, including Taiwan, Japan and Egypt, the company said in the complaint. –bloomberg.com Sep 12, 2014

On Friday, international trader Cargill Inc [CARG.UL] charged in a lawsuit that Syngenta exposed the agribusiness company to more than $90 million in losses by selling the trait in corn seed without China’s approval for imports.

China, a major buyer of U.S. grains, has rejected boatloads of U.S. crops containing the variety over the past year.

The majority of Illinois-based Trans Coastal’s losses are related to exports of an ethanol byproduct called distillers dried grains (DDGs), used in livestock feed, according to court documents filed on Friday in federal court in Urbana, Ill. –reuters.com

Syngenta may have single-handedly destroyed the corn export business that US farmers count on, while depressing local domestic corn prices. Now, the biotech giant will have to face a $1 billion claim in Federal Court being launched by farmers in three different states.

China has recently rejected huge shipments of US-grown GMO corn largely because Syngenta released a genetically altered variety before its was approved for consumption or sale in Chinese markets.

Volnek Farms of Omaha claims that Syngenta, the Hopkins Minnesota-based biotech company that is responsible for covering up the true toxicity of Atrazine, has “completely destroyed US exports of corn to China.”

Cronin Inc. and Jim Ruba Jr. from Sioux City, Iowa claim that they do not even use GM corn, but they have been hurt by Syngenta’s actions because their GMO variety, Viptera, cross-bred with their non-GMO corn crops. They also claim that Syngenta’s statements were misleading relating to the approval status of MIR162 corn in China, and this has hurt farmers who did plant that variety. The long-term ramifications of this strain of GMO corn will continue to depress the corn markets both here and in foreign markets for years.

In a Springfield, Illinois Federal Court, similar claims will be made, that Syngenta’s Agrisure Viptera (MIR162) first released for planting n 2009 to prevent insects such as corn borer and corn rootworm form destroying crops, may have been approved by US regulatory agencies, but Syngenta claimed that they would be accepted in foreign markets too, before those agencies had in fact cleared the GM crops for import.

All three class action suits were filed this past week.

Meanwhile, Chinese regulators continue to reject GMO corn from the US which contains even traces of the Syngenta strain, and even Agri Giant, Cargill previously sued Syngenta for “exposing the agribusiness company to more than $90 million in losses by selling the trait in corn seed without China’s approval for imports.”

The MIR162 strain of GM corn was only planted on about 3percent of US crops; however, it cannot be contained, due to cross-breeding.

The National Grain and Feed Association estimates that the Chinese refusal of U.S. corn has reduced corn prices by 11 cents per bushel, and it has asked Syngenta to stop selling the genetically modified corn varieties, according to the Iowa lawsuit.

Without surprise, Syngenta minimizes its complicity with destroying US farming exports, and looks to other markets to sell its toxic goods. Syngenta received approval for the cultivation of the MIR604 trait and quadruple corn stack AGRISURE VIPTERA® 4 from the Secretary of Agriculture in Argentina, and “will invest more than $500 million to build a $1 billion business in Africa over 10 years.”

The USDA states on its website that the export relationship with China is ‘hard to predict’ but they’ve been refusing GMO crops for years now? They’ve refused shipments of 887,000 tons of US GMO corn, as well as up to eight additional shipments of GM corn, much of it due to Syngenta’s MIR162 contaminates.

Chinese authorities have been urging American officials to improve their “inspection procedures to ensure they comply with Chinese quality standards” for years now, so what’s the big surprise to US regulatory agencies?

Furthermore, the U.S. Department of Agriculture claims on its website that the United States exports 20 percent of its corn crop. If that is true, those numbers are about to significantly drop.