Home › Freedom-Expressed › Can You Handle The Truth?

Can You Handle The Truth?

Some will fail before the test begins.
They may be distracted by what they were told and did not question.
Emotions may get in the way.

Some individuals will spin theoretical philosophical thoughts about “reality” and how “truth” is relative and based on perspectives, then confuse themselves into accepting their inability of knowing the “absolute truth”.
You may have heard someone repeat the philosophical thought experiment “If a tree falls in a forest and no one is around to hear it, does it make a sound?”
That raises questions regarding observation and knowledge of reality….

Enter the awareness of an elitist secretive culture with the doctrine of silence.
The importance of silence within the elite is seen from ancient Egypt to current occult influenced secret societies and institutional governance.

Important personal and business connections remain undisclosed to the public by individuals committed to a code of silence.  This silence ensures the preservation of power and influence by individuals involved in these secret societies and secret arrangements. The silence and secrecy is like a cancer echoing from the speech by President Kennedy and many other officials in powerful institutions, warning of repugnant secrets lurking in the shadows.

Be not confused.
My intention is not to offend.
Please start with a simple definition for Truth, remember the KISS (keep it simple, stupid).
What is TRUTH?
Simply, the factual record of what happened.
Verify the evidence to answer the question did it happen, yes or no.
This is our quest,
KISS for truth…

The world is not what you were taught.

“Understanding our past determines actively our ability to understand the present.
So, how do we sift Truth from Belief?
How do we write our own histories personally or culturally, and thereby define ourselves?
How do we penetrate years, centuries of historical distortion to find original truth?”
[…] “one of the world’s oldest and most secret societies with leaders like Sir Issac Newton, Da Vinci himself”… -Quotes from The Da Vinci Code movie

Most individuals are born with amnesia, schooled with deceptive textbooks, and not tutored with the vast archives of restricted knowledge.
Classified information is less commonly known.
Restricted Archives of past events do exist and is available to a select few.
Psychological warfare is occurring and some groups have labelled it the “Silent War“.
A worldwide war against the uninitiated commoners, the peasants, the lower classes, and the citizens…

The above “silent war” has become institutionalized.
Above the institutions are a elite “favoured class” of royal bloodlines, secret societies, and hidden entities who are guiding the path of civilization.
Those institutions have a hidden Mission.

Some researchers now speak of “breakaway civilization“, and “shadow government” as if these are new phenomena.
This is not a new phenomena, we repeatedly found it in the past, along with the concept of the hidden power behind the throne.
The archived evidence reveal that if those hidden hands suffer a failure, the next generation of commoners will have forgotten, and thinking the matter settled be not prepared to defeat the agents repeating the same ancient script enslaving men and women worldwide since the invention of writing and institutional governance.
Indeed, they have a spiritual mission.
Consider the centuries of Jesuits and Roman Catholic missions: 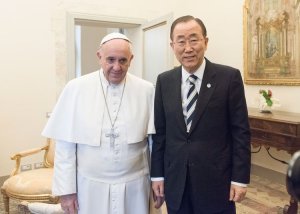 Some address a Roman Catholic cardinal as “His Eminence”
A title of honor, applied to cardinals
Eminence definition: high station or rank, lofty place, or superiority in position and greatness.

Masters and Slaves, yeah the truth is revealed to those who are not willfully ignoring it.

Title: ‘Pope And Mussolini’ Tells The ‘Secret History’ Of Fascism And The Church
In 1933, fascist rallies typically began with a morning mass celebrated by a priest, and churches and cathedrals were important props in the pageantry. Kertzer says Pope Pius XI cooperated closely with Mussolini for more than a decade, lending his regime organizational strength and moral legitimacy. It was a particularly curious alliance he notes, since Mussolini himself was a committed anti-cleric. But both sides benefited from the bargain. –see: npr.org

It is very possible you or someone you know may be under the Spell of Illusion, mentally captured and civilized by this Age of Deception.

Ask yourself, is it possible that Ordinances, Regulations, Policies, Laws, Authority, Dogma, and Rules are now written by the Rulers?
Consider the international treaties, trade agreements, monetary policy, taxation, scientific theories, and geopolitics.
Note the secrecy behind the many trade agreements NAFTA, TiSA, TPP, TTIP, and others.

I can truthfully say none of the legislation, ordinances, codes, regulations, authorities, and statutes were written by me authorizing anybody to enforce, and nor do they have my consent.

Apparently, authority, peer pressure and normalcy bias becomes culture, tradition, socially acceptable, codified and legally enforced by armed force.
Some citizens become patriotic slaves willing to obey authority, even to commit murder because it is an official order.
Not understanding that War is organized murder and is a futile attempt to abdicate themselves of personal responsibility for killing and harming People.
That is the chain of obedience and perfectly exemplified by dogs in obedience training.

Is it any wonder why modern military personnel, wearing “Dog Tags”, have been diagnosed with PTSD and other emotional trauma disorders during and after war?
Men, women, and children are trained and coerced to act like obedient animals or slaves to serve the “Favoured Races” as Darwin hinted with his science of evolution.

As the Great revelations become common knowledge some individuals may not be willing to accept the horrible truth.

Rather than admit they were deceived and had false beliefs, they cling tighter to the illusion and deception, then attack all opposition to their world view belief.
That is “Willful Ignorance“, and you find it in comments such as “I don’t want to know”, or “don’t rock the boat”, or “I trust government“.
After harming others they may say, “I was only following orders”.
These individuals will not attempt to break the unconscious bad habit of saying “my government”, or “our government”. With that strong of a subconsciously emotional bond they accept their enslavement with a blind trust and loyalty that transcends the duties to family and marriage.
It is on par with religious faith and subservience to a deity.

I have witnessed some individuals claim they can’t accept the idea the entire civilized world is a deception. The conspiracy would be too big and must be the fantasy of paranoia.
I listened to some individuals explain why they believe they can trust institutions, and demonstrate they do not realize the Mainstream Media is used like a Weapon for Social Engineering, for manipulating public opinion and promoting War.

The phrase “conspiracy theory” was invented by the CIA (transmitted by mainstream media Presstitutes like a communicable disease) to stop the real truth seekers’ investigation into the true conspiracy to murder U.S. President JFK and his younger brother Bobby Kennedy. The phrase was unknown and not used during Kennedy’s life and today the phrase is common when official narratives are questioned.
If you do not accept the authority of the official story then you are cast into the discredited category of “conspiracy theorists”, a fringe paranoid group never to be accepted and always ridiculed.
George Orwell’s classic novel 1984 explained it back in the 1940’s as “newspeak“.
Invent new words and re-define old words all with the intention to deceive and control the masses!

TV became a cheap and always available babysitter, so it’s no wonder parents sometimes rely on it to keep kids busy while grown-ups take care of household chores, bills…
Is TV a trustworthy surrogate parent, and reliable source for truth?
Some households are not willing to unplug the influence of TV.

In a time of universal deceit – telling the Truth is a revolutionary act.

That is why I discuss Spells as an illusion with words of deception, then the truth becomes a sword.
Words is an anagram of Sword…

Truth seekers should research and share the truth about the many strange events military, banking, and civilian government personnel have reported:

was very interesting (as was the entire generational era of WWII) under a cloud of deception and secrecy.
When one considers the massive international changes that were deceptively implemented and the consequences we are experiencing today!

…What is TRUTH?
Simply, the factual record of what happened.
K.I.S.S. from Truth…

Being born with amnesia invites deception and manipulation by those with more knowledge.
Indeed, that child-state of ignorance and naive innocence allowed generations to be conditioned, deceived, enslaved, and indoctrinated into believing in a false reality.
Some examples:

I recall discussing that citizens may not be ready for the Truth to be revealed.
Learning about happy events is preferred truth, but horrific events are unwelcomed and inconvenient truth.
In previous discussions I shared the analogy of finding out your father’s secrets of mass murder, pedophilia, false identity, and other simultaneous marriages (bigamy) in foreign lands, the shock has the naive family members in disbelief, it is too horrific to imagine and thus they immediately search for excuses to deny, ignore or debunk the story.

…what?
When Truth Seekers are given story threads to research and investigate, it is merely a matter of gathering the evidence to discover if something happened or did not happened, regardless how fantastic the story.

Politicians are paid to deceive you every day!

“In searching for a common enemy against whom we can unite, we came up with the idea that pollution, the threat of global warming, water shortages, famine and the like, would fit the bill. In their totality and their interactions these phenomena do constitute a common threat which must be confronted by everyone together. But in designating these dangers as the enemy, we fall into the trap, which we have already warned readers about, namely mistaking symptoms for causes. All these dangers are caused by human intervention in natural processes, and it is only through changed attitudes and behaviour that they can be overcome. The real enemy then is humanity itself.” –The Club of Rome’s 1991 book “The First Global Revolution“

The massive deception is worldwide and systemic.
Some individuals may not be capable of handling the Truth and will not make the effort to critically research these issues and uncover for themselves the truth about horrific activities.
However, it must be said that at least the elite globalists’ deceptions, cover ups, and conspiracies were discussed here and elsewhere…

9 comments on “Can You Handle The Truth?”